We reported when it surfaced that the new 2015 Mercedes-Benz S600 will make its debut at the North American International Auto Show at Detroit next week. Now, several purported pictures of the 2015 Mercedes-Benz S600 have surfaced on the cyberspace. We bring you some of those pics and details of the flagship sedan from the German luxury car maker. 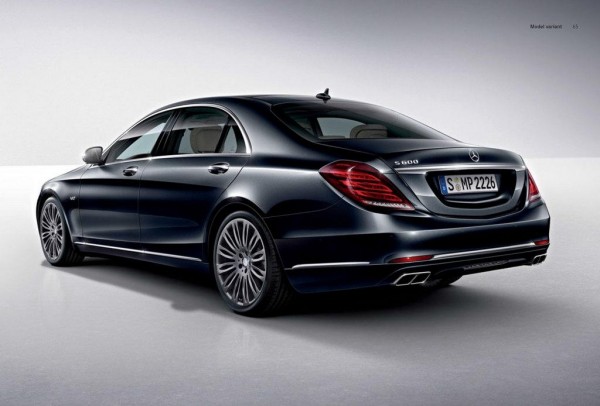 Although the image doesn’t reveal much, but we can see the model has a quad exhaust system and the S600 and V12 badges on the boot and fender respectively. 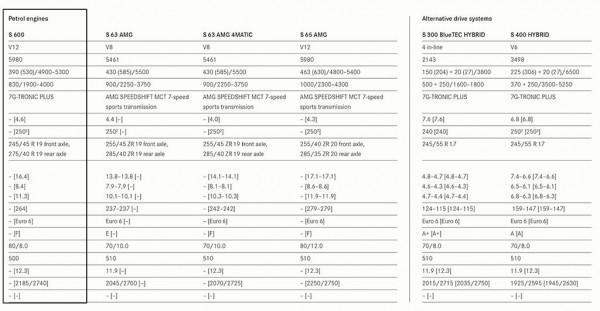 The spec sheet attached here reveals the car will be powered by a twin-turbo 6.0-liter V12 engine that produces 530 HP of max power and a whopping 830 Nm of peak torque. Reportedly, the car will be mated to a 7G-Tronic Plus transmission that will enable the sedan to accelerate from 0-100 kmph in 4.6 seconds before hitting a electronically limited top speed of 250 kmph. In the North America, the car will be available with the 4Matic all wheel drive system as standard.

Additional information is limited, but the car will be available exclusively as a long-wheelbase model that comes equipped with Magic Body Control, Collision Prevention Assist Plus and a head-up display.

Stay tuned to Motoroids for the full details on the 2015 Mercedes-Benz S600, along with live photos from the reveal next week, as part of our comprehensive 2014 Detroit Auto Show coverage.