Mahindra has launched the Jeeto – a new commercial vehicle (CV). The Mahindra Jeeto is a sub-1 tonne load carrier and comes in 8 different variations, 3 deck lengths, 2 engine power and 2 payload options. The Mahindra Jeeto has been designed with a modular concept and can be had in three different styles; namely S, L and X. The ‘S’ series is designed to be a mini-truck, while the ‘L’ and ‘X’ variants are focussed to cater the micro-truck and three-wheeler clients. 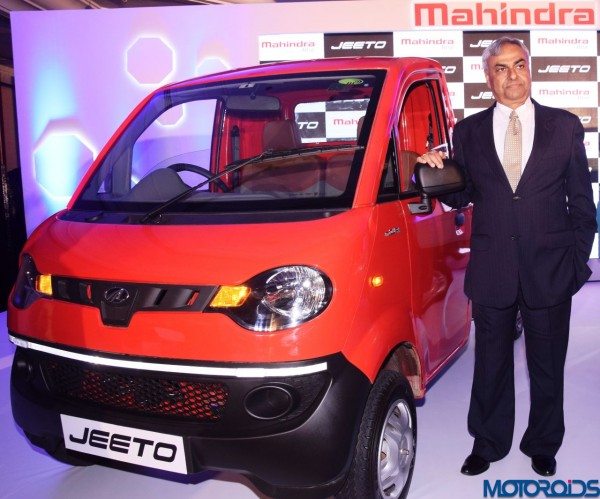 The Mahindra Jeeto is a sub-1 tonne load carrier

The Mahindra Jeeto’s modular concept allows high flexibility and offers the customers a variety of options to choose from. Mahindra’s new commercial vehicle is powered by the m_Dura, direct-injection diesel engine and can be had in two states of tune; either an 11 horsepower or 16 horsepower unit. The sub-1 tonne Jeeto, depending upon the variant, has a payload capacity of between 600 to 700 kg. Mahindra is offering the Jeeto with three different deck lengths – 1630mm (5.5ft), 1780mm (6ft) and 1930mm (6.5ft). 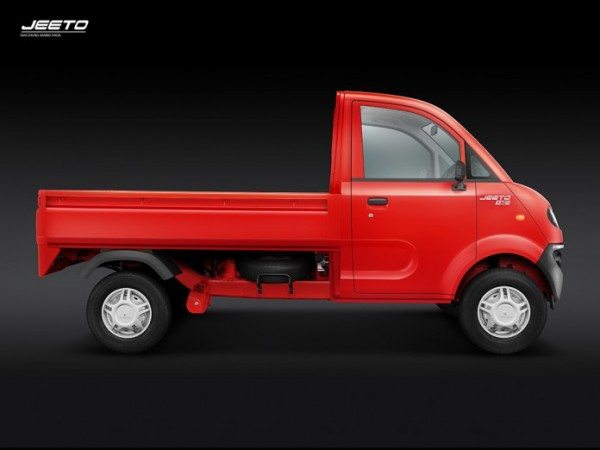 Find more images of the Mahindra Jeeto in the gallery below.