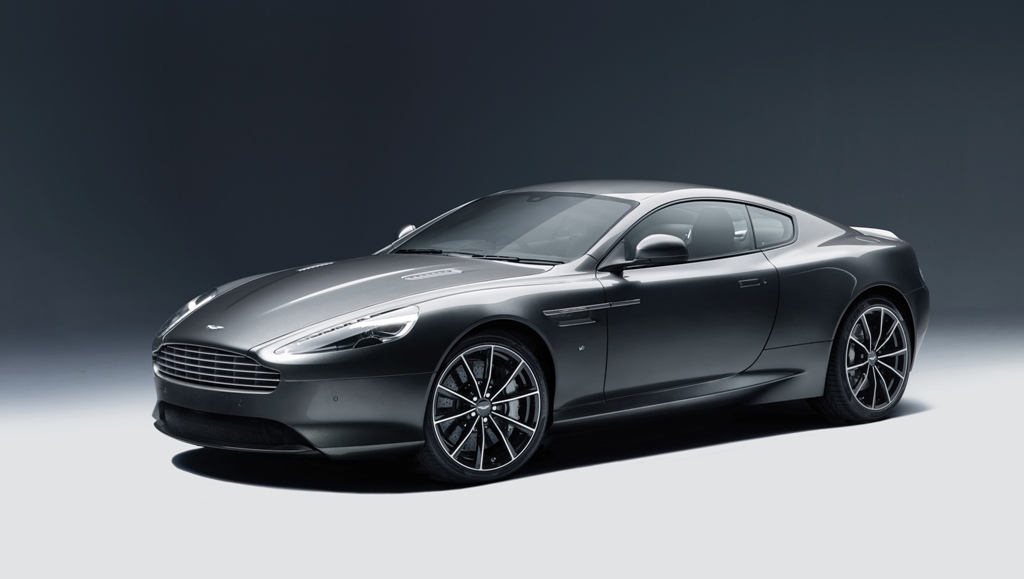 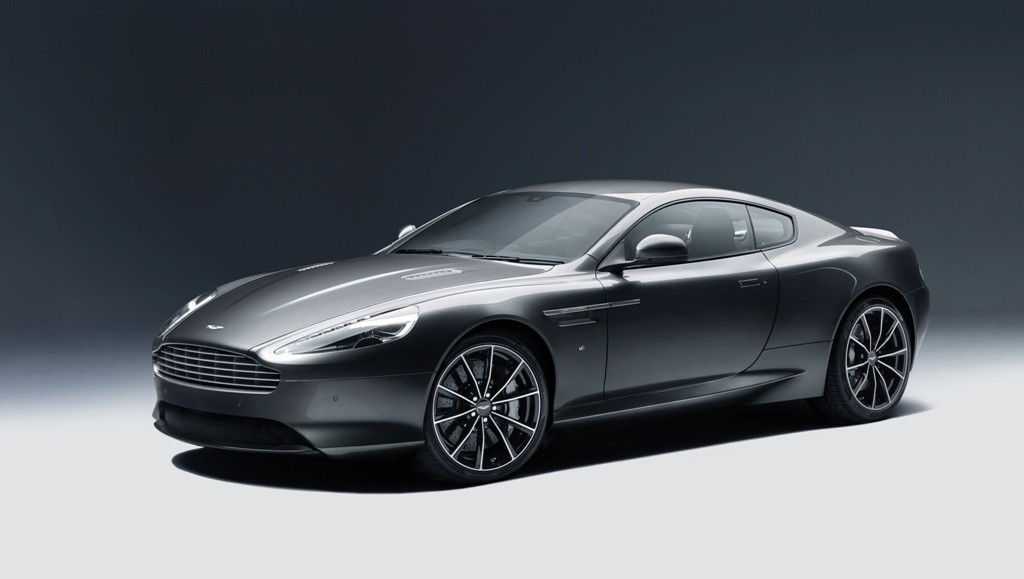 Aston Martin revealed the DB9 GT today. Claiming the title of the most potent DB9 yet devised, by virtue of its uprated 6.0-litre V12 engine which now produces 547 PS – the DB9 GT makes its public debut at this week’s Goodwood Festival of Speed.

Aston Martin CEO Dr Andy Palmer said: “The arrival of 16 Model Year (16MY) cars, as well as the addition of the sophisticated DB9 GT, gives us our most compelling sports car line-up to date as we continue to build our strongest ever global offering.” 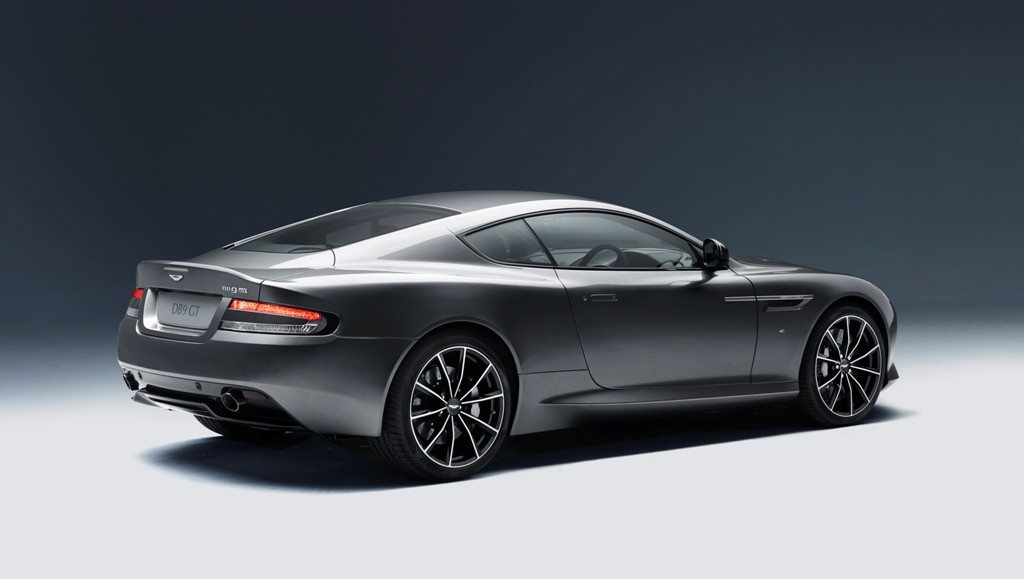 The all-alloy, quad overhead cam, 48-valve 5,935 cc front mid-mounted V12 is mated to the rear mid-mounted Touchtronic II six-speed transmission with electronic shift-by-wire control system.  The DB9 GT can dash from rest to 62 mph in 4.5 seconds, and on to a top speed of 183 mph.

The DB9 GT rides on independent double wishbone suspension all round, which is complimented by the three-stage Adaptive Damping System (ADS) offers distinct  Normal, Sport and Track modes

Most notable among the interior equipment updates is the arrival of the AMi II touch-sensitive Aston Martin infotainment system. While AMi debuted on the range-topping Vanquish at its launch, AMi II offers a revised menu structure which makes using the system even more user-friendly.

Building on the system launched in the Vanquish, the DB9 GT’s AMi II infotainment package sees key improvements made in a number of areas including text message integration, vehicle status information and extended background themes for greater personalisation.

Ian Minards, Product Development Director at Aston Martin, explained: “Refining the DB9’s already impressive attributes into what we have today in the DB9 GT has been a careful and delicate process.

“I’m confident the result, in the shape of the DB9 GT, represents the very best of what DB9 can be, and sets the standard for luxury grand tourers in this class.” 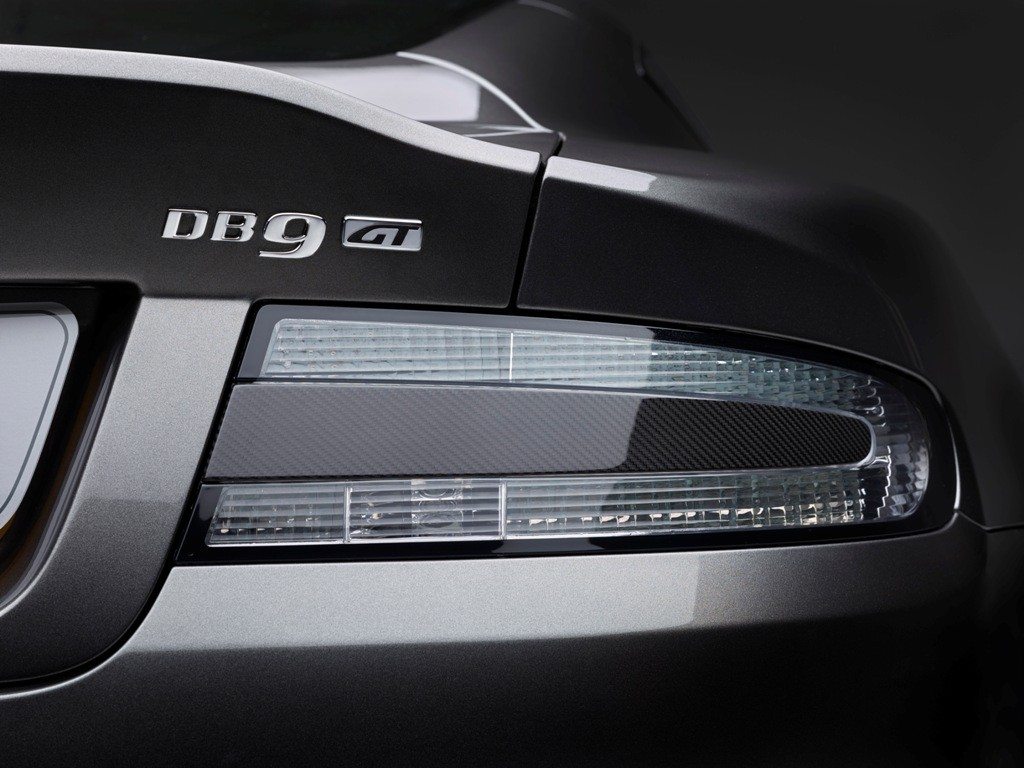 Inside, the 2+2 seating configuration remains, however the seats now boast ‘GT’ embroidery on the fluted leather. An iridium trim pack and Alcantara-wrapped steering wheel (Coupe only) further distinguish the new car. 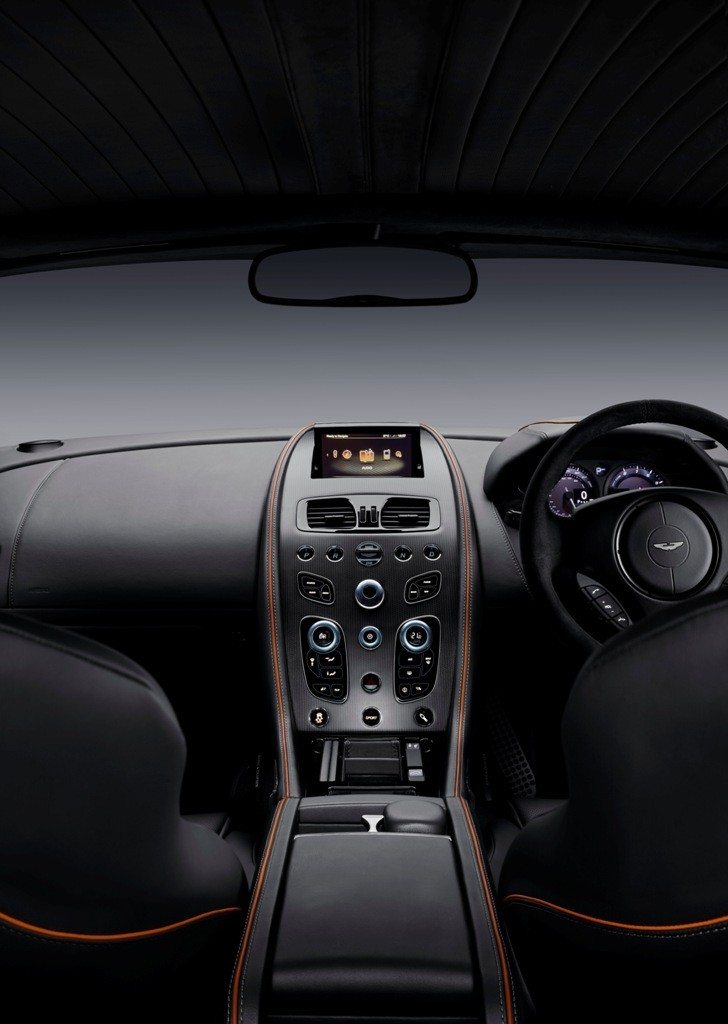 A broad array of options inside the DB9 GT include various centre console finishes such as Ice Mocha and Copper Cuprum, while other interior options include Duotone leather seats, door inserts and head linings; and a One-77-inspired steering wheel design.

Aston Martin Chief Creative Officer, Marek Reichman, said: “The purity of form and proportion, together with a lithe powerful, stance, remain at the core of what the DB9 is to look at. With these changes, we have made the DB9 GT yet more stylish, while retaining its unmistakable and globally renowned identity.” 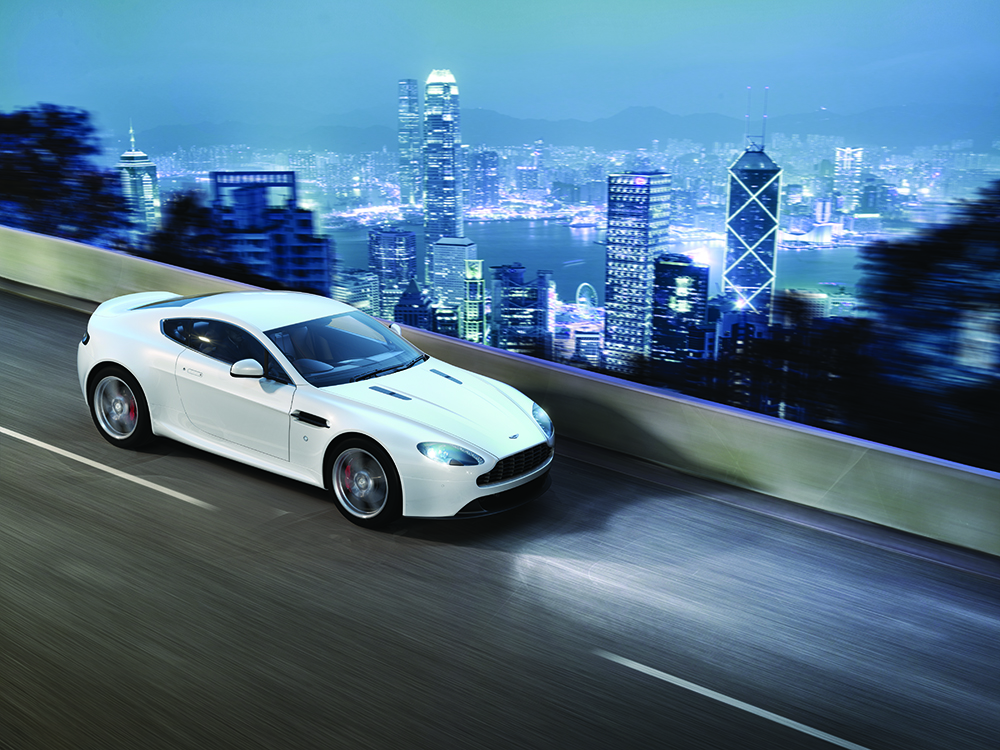 The sporting Vantage line-up and luxurious Rapide S four-door four-seat sports cars all benefit from a raft of colour, trim and equipment enhancements for 16MY, with the Vantage Coupe and Roadster models gaining a new touch-sensitive centre console fascia.

The AMi II infotainment system also makes its debut in Vantage and Rapide S, with the debut of corresponding new features such as visual vehicle status power and torque meters, offering real-time read-outs of engine bhp and torque. 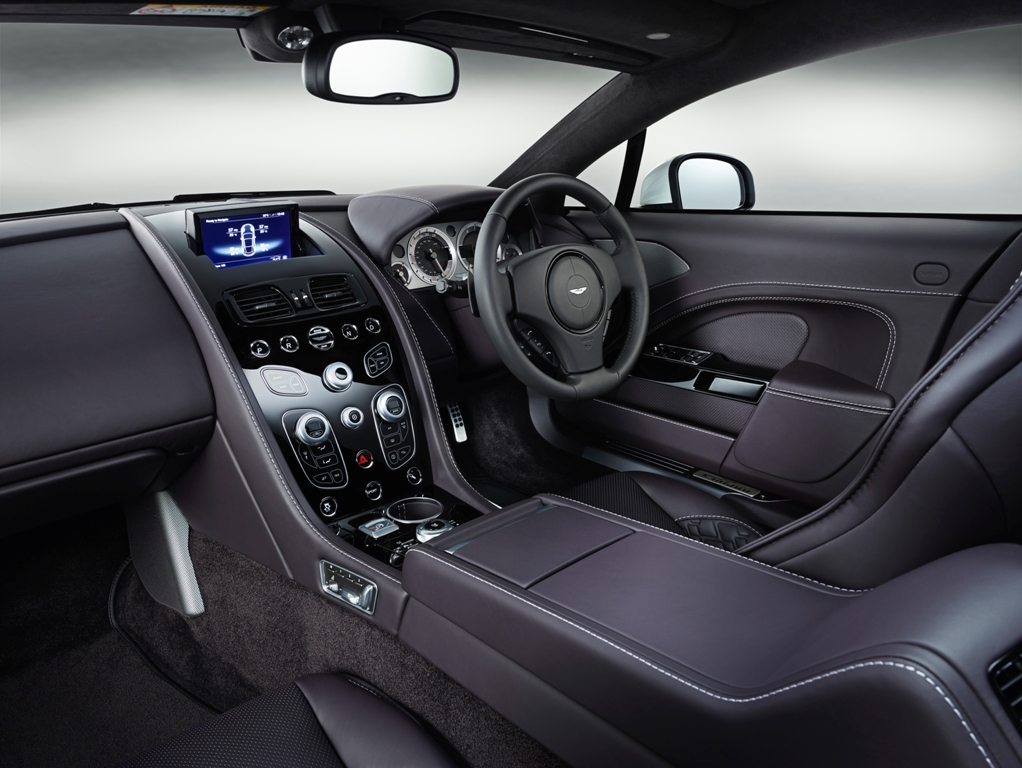 New interior trim packs deliver the option of even greater personalisation for customers, with the addition of Vivid Red, Royal Mint, Black Damson and Bronze Metallic to 16MY leather palettes across the Vantage car lines. 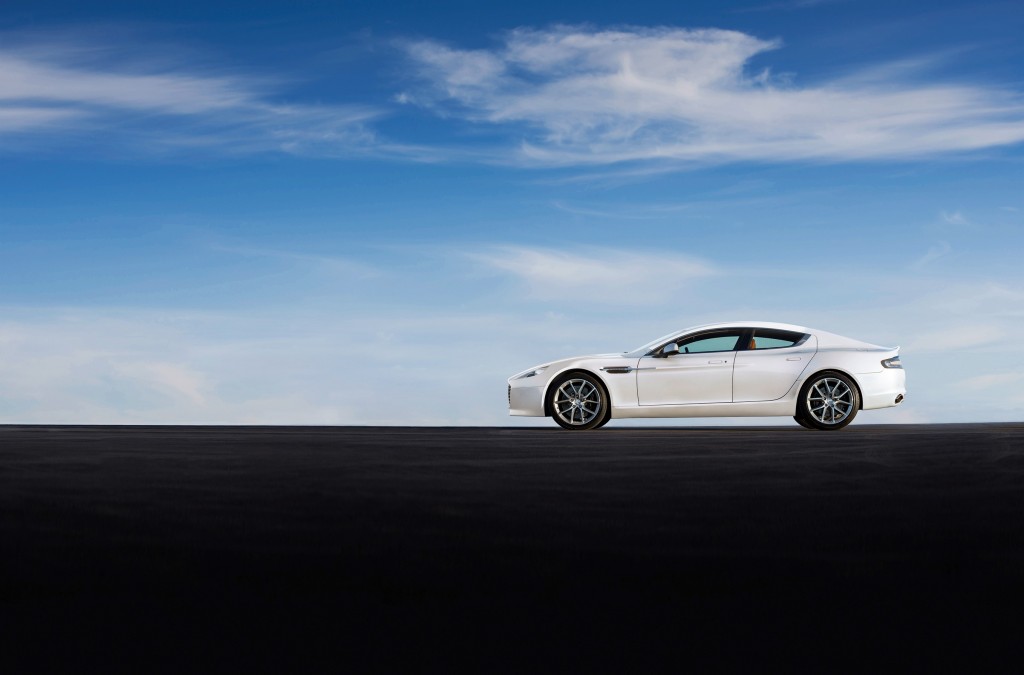 Aston Martin CEO, Dr Andy Palmer, said: “Our process of constant improvement, development and refinement of our core sports cars never stops and the arrival of the remarkable DB9 GT, along with these important 16 Model Year updates and enhancements for the Vantage and Rapide S, all clearly demonstrate that.

“Expanding the global appeal of Aston Martin is, in part, about offering our customers the widest possible choice and with the changes we’re announcing today – alongside the ongoing development of our luxury bespoke personalisation service, Q by Aston Martin – I know we are better placed than ever to respond to our buyers’ needs.”

The global market introduction of 16MY sports cars begins in quarter three of 2015, with more details on market-specific pricing and options available in due course.