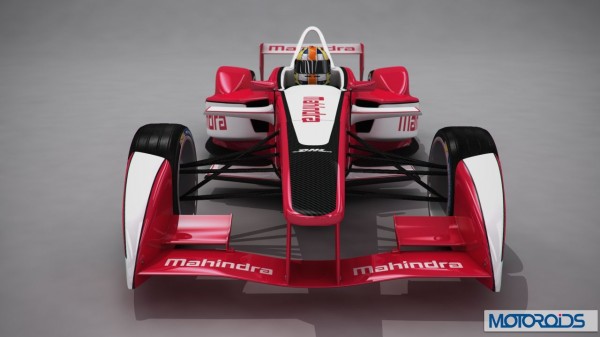 Earlier in the day, we told you about Mahindra & Mahindra participating in the upcoming FIA Formula E Zero Emission Championship. The electric car championship, aimed at promoting guilt free, pollution free driving is all set to become the gold standard for all car makers trying to prove their credentials as maker of eco friendly cars. Mahindra, having owned Reva, are now one of the leading carmakers in the world with access to cutting edge electric vehicle technology, and they want to be recognized across the world for their eco credentials by participating in this championship. 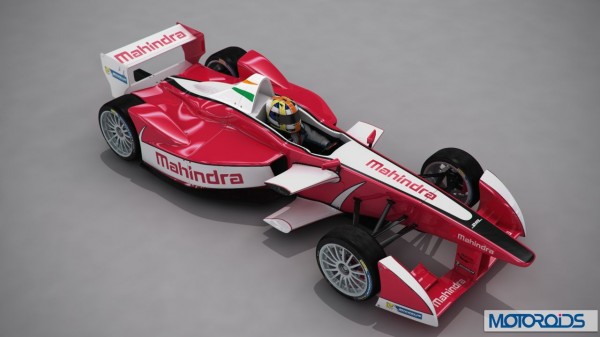 Now the Indian company has released the first official images of its race car mean to compete in the championship. The race car, draped in red and white livery has mahindra emblazoned all around. The Indian tricolor is also visible on the rollover protection.

The Formular E cars have a limited Max power of 270bhp. In race mode (or power saving mode) this figure is rated at 180 bhp. In addition, the drivers have an additional ‘Push-to-Pass’ button which delivers an additional power burst. \

Maximum power will be available during practice and qualifying sessions. During races, power-saving mode will apply with the ‘Push-to-Pass’ system temporarily allowing maximum power for a limited time. The amount of energy that can be delivered to the MGU by the RESS is limited to 30kwh. This will be permanently monitored by the FIA. 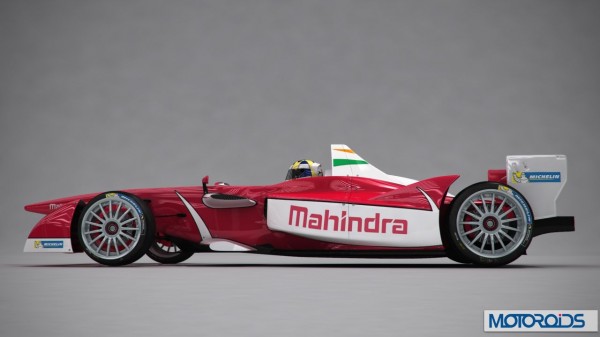 Teams/drivers will receive 10 official test days; six pre-season, two in-season and two post-season. Private testing in any way is not permitted. No other running may take place unless for promotional use. Testing will consist of a three-hour morning session and a three-hour afternoon session (these sessions may be divide into sessions to avoid traffic).