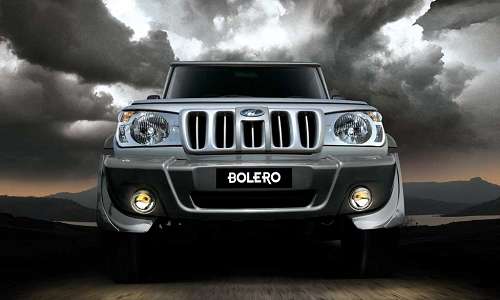 Mahindra & Mahindra Ltd., India’s leading manufacturer of Sports Utility Vehicles (SUVs), today expressed disappointment over the non-reconsideration of the additional 3% excise duty on SUVs proposed earlier this year in the budget announcement. Mahindra had previously expressed concerns that in the current economic environment, any additional duties levied by the Government will be counterproductive from a revenue generation viewpoint.

The Company had hoped that the representations made by the Hon. Minister MOHI, Chairman Finance Committee, Society of Indian Automotive Manufacturers (SIAM), and other automotive companies would make the Government reconsider the additional excise duty on SUVs proposed in the Union Budget 2013.

Speaking on the issue, Dr. Pawan Goenka, President, Automotive & Farm Equipment Sectors, Mahindra & Mahindra Ltd. said, “While the tax in itself is a concern, we are perplexed about the criterion and justification of this additional duty. The hike in excise has also resulted in a situation where there is no level playing field between players in the industry as some of the best selling SUV models competing in the same price bracket do not come under the increased duty structure due to the specifications in the new definition of SUVs.”

Dr. Goenka further added, “If the increase in excise duty is to compensate for the diesel subsidies, why haven’t all diesel vehicles been included under the proposed increase? If it is for road congestion, why haven’t all large vehicles been subjected to the same tax hike? If this is a tax on the rich, why not tax all vehicles above a certain price point? ”

Commenting on the impact of the higher excise, Dr. Goenka added, “Our initial analysis shows that industry sales of SUVs on which excise duty has been increased by 3% have gone down by 14% in April 2013 as compared to last year. This is contrary to the 24% growth witnessed in April 2012. The increase of 3% excise has resulted in the decline, instead of growth in a segment which was the fastest growing till recently. Clearly, this is a big dampener and it has also affected the overall industry sales.”

“The auto industry is now faced with a situation where not only has the excise on SUVs increased but diesel prices have also gone up at the same time which could have an impact on sales of diesel SUVs. In fact, the petrol-diesel price differential is currently 26% as compared to 42% a year ago. Of course, we have been saying that diesel price should be freed but this is happening at a time when the excise duty has also gone up. It creates a double whammy,” Goenka said.

He further stated that the increased excise duty will compel Mahindra to consider modifying their products to align with the new specifications for lower excise duty.

Regulars here would remember that we recently reported that the car maker might reduce the ground clearance of some of its vehicles to bypass the increased excise duty. This would see ground clearance of vehicles like the Bolero going below 170mm. Now that Govt. of India has decided to not re-consider the additional 3% excise on SUVs, there are chances that the M&M might indeed work its way thru the increase in duty.