While Mahindra is best known for its utility vehicles in the passenger vehicle segment, it has a plethora of interesting products for defence establishments through its defence manufacturing wing. Mahindra Defence’s latest is a high-tech ‘Mine Resistant Ambush Protected Speciality’ vehicle.

Dubbed as a ‘Mean Machine’ by Mahindra Group’s Chairman Anand Mahindra, this vehicle is primed and ready for doing good deeds in the hands of UN Peacekeeping forces. The vehicle, designed, produced and exported by Mahindra Defence, is a Speciality Vehicle with Interrogation arms to lift roadside Improvised Explosive Devices (IEDs). 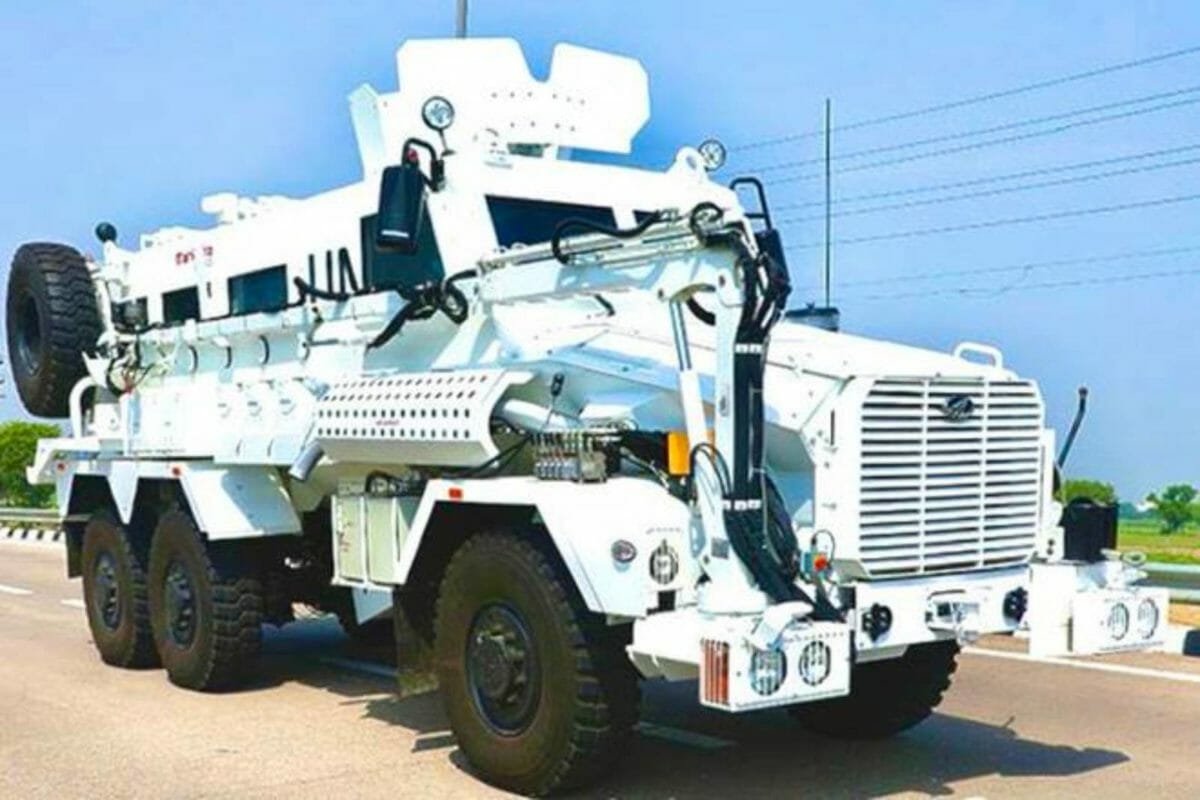 Mahindra & Mahindra makes a long list of vehicles, starting from mass-market SUVs to two-wheelers to commercial vehicles to agriculture equipment to electric vehicles and the ones in focus today, defence vehicles. Mahindra’s Defence Systems arm produces and supplies heavily armoured vehicles to the Indian armed forces and international forces as well.

Lauding the efforts of the team, Mahindra boss Anand Mahindra took to Twitter, praising the vehicle. He, in his tweet, called it a ‘Mean Machine’ that it will help keep peacekeepers safe. He also joked about how it would be a perfect vehicle to use in Mumbai traffic if it were road legal. He was responding to a tweet where the vehicle’s pictures were shared, saying it would now serve soldiers deployed for UN peacekeeping operations.

How Mean is the ‘Mean Machine’?

At a glance, the vehicle appears to be some kind of derivative of Mahindra’s Straton Plus armoured personnel carrier which is offered in LAV (Light Armoured Vehicle) and LTV (Light Tactical Vehicle) versions. It offers unparalleled levels of blast and ballistic protection and is designed to provide maximum protection to defence forces and law enforcement agencies against IEDs, hand grenades and anti-personnel mines in urban and off-road environments. The vehicle will be used to safeguard troops from mine blasts. The United Nation Peacekeeping forces are troops deployed by the UN to re-establish peace in an area of armed conflict. 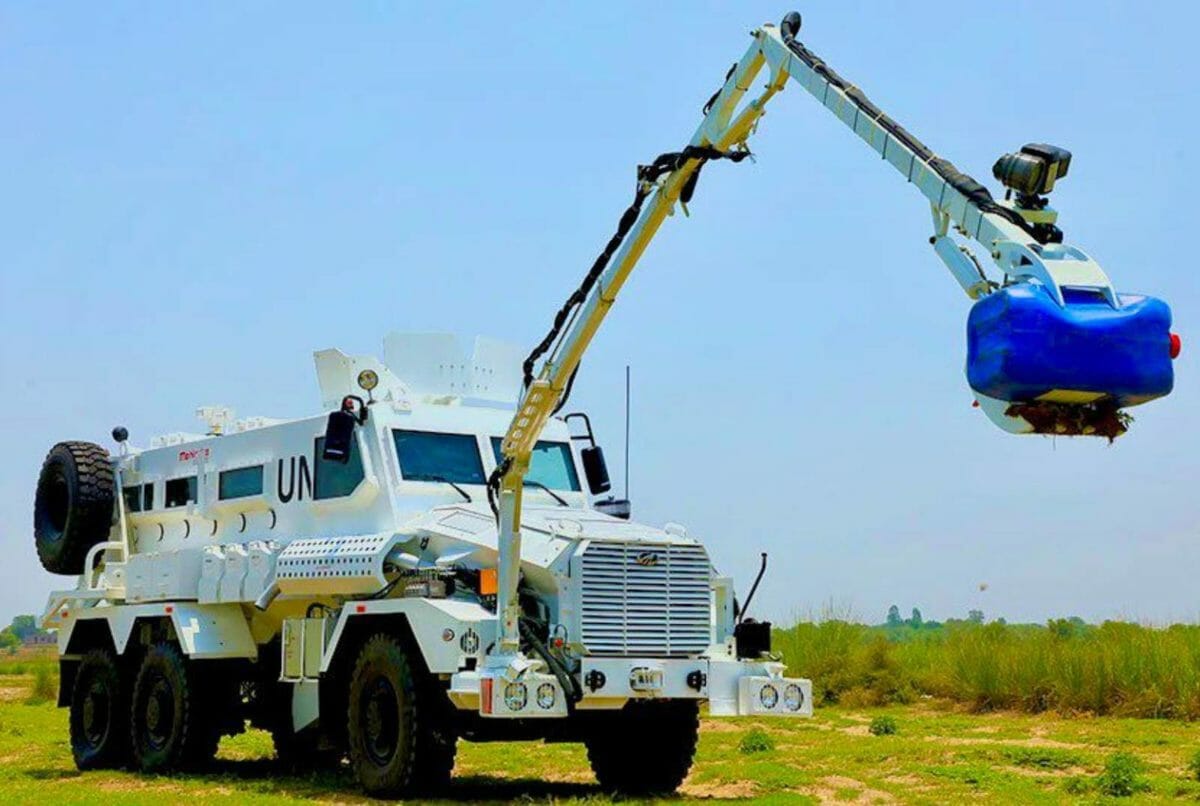 Mahindra Defence is the defence systems subsidiary of Mahindra and Mahindra group. It has been providing military and paramilitary solutions to its customers for over 70 years. Indian Army, Navy and Air Force have all worked with Mahindra Defense in the past. It has made several other armoured vehicles for defence forces, including the Mahindra Marksman, that is being used by Central Industrial Security Forces (CISF)’s Quick Reaction Team’s (QRT) fleet at the Indira Gandhi International Airport in Delhi.