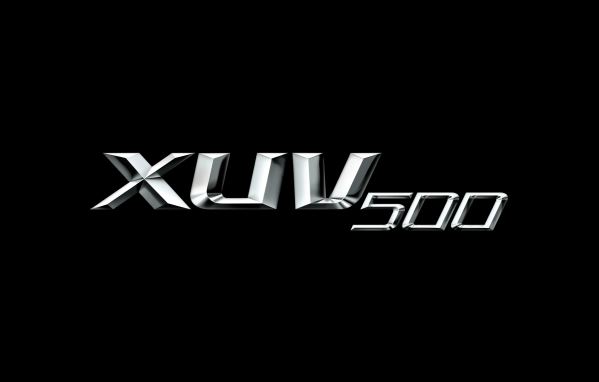 Mahindra have officially announced the name of their eagerly awaited World SUV. The new SUV, to be positioned above the Scorpio, and to be the most premium offering from the Mahindra stable has been named the XUV500. If you are pronouncing the name as ‘XUV five hundred’, wait for a moment. Mahindra wants you to pronounce it as ‘XUV five double oh.’ Apparently, the double Os underline the oomph factor of the car for the generation X.

Designed and developed entirely in-house by Mahindra at its R7D center in Chennai, the XUV500 is Mahindra’s first global SUV platform, with significant inputs in styling and development from customers across the globe. In fact, consumer research for the Mahindra XUV500 was carried out in various Western markets, South Africa and India, with testing and validation of the product being done across Europe, Australia and South Africa among others. Mahindra have tested the vehicle rigorously, and ample proof of the fact has been witness in the abundant sightings of the test mule of the vehicle for over a year now.

The XUV aspires to create a new category between the Scorpio and high end SUVs. Mahindra is claiming that the XUV500 incorporates the best-in class global manufacturing quality. The new vehicle will have sophisticated technologies under the hood, and will be the first in a series of next-generation SUVs from Mahindra & Mahindra. The XUV 500 will be India’s first indigenously developed SUV with a monocoque construction.

The XUV500 will have a transverse engine layout, for the first time by Mahindra. All research & development activities for this global SUV were aligned with global standards of quality, technology, testing norms, regulations & emissions from the very start. Mahindra will manufacture the new SUV from its Chakan plant in Pune near Maharashtra.

According to a company statement, ‘the XU500, is the very epitome of the Mahindra RISE philosophy as its development challenged the limits and conventional thinking, and involved the innovative use of resources.’

Dr. Pawan Goenka, President, Automotive & Farm Equipment Sectors, M&M Ltd. said “We are all set to create a new milestone with the launch of the Mahindra XUV500 which truly embodies and encapsulates the essence of the Mahindra Rise philosophy. Having extensively tested and validated our product with global and Indian customers alike, I am happy to add that we will simultaneously launch the XUV500 in South Africa under the same brand name. I am confident that the XUV500 will follow in the footsteps of its illustrious predecessors to evolve into an iconic brand.”

Mr. Rajesh Jejurikar, Chief Executive, Automotive Division, M&M Ltd. said, “The Mahindra brand has evolved over time.  Today it enjoys the strongest equity in the SUV category.  Therefore, Mahindra will now be the lead brand for the XUV500. Additionally, with the XUV500 we are attempting to create a new category in the SUV segment, that will not only challenge the conventional but will also certainly translate into double customer delight.”

Here’s a completely undisguised image of the XUV500