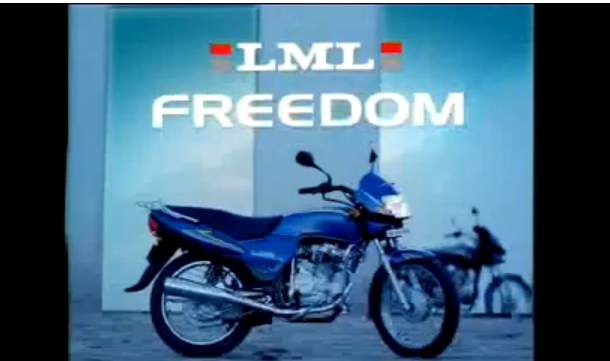 A few days back we told you that LML is gearing up for a re-entry into the Indian two-wheeler field. The company has already introduced a scooter model in North India and is planning a new model assault in a bid to regain the position it once enjoyed in the Indian market.

The Freedom brand of commuter bikes was a great success for LML, especially in northern India. The company now plans to re-introduce the bikes in the 100-125cc segment, even a miniscule share of which should be able to bring the beleaguered bike maker back into business.

And what makes LML think that people will buy the Freedom? According to PS Choudhary, head, marketing and sales, LML, “We felt that Freedom still has an after-life simply because there is a section of satisfied consumers still using the motorcycle. We still have the old platform but the new Freedom will be a much-evolved product, which would be differently engineered with a new engine.” Mr Choudhary was talking with Financial Chronicle.

LML’s products were always good. They were stylish, reliable and mostly better than the contemporaries, especially in the scooter segment. There indeed are many people who are still using the Freedom motorcycles without trouble. The company is currently in need of money for R&D and marketing purposes and is looking for partners.

Apart from the Freedom, the company also plans to launch a brand new scooter, the retro look Star 200, which is going to be based on the PX150. The scooter is currently being exported. The scooter will be more of a lifestyle machine, and will thus be prices at a slightly higher price of around Rs 60,000.

Powered by a 200cc engine, the scooter will produce 11.5bhp and around 14.5Nm torque. The engine will be Euro3 compliant and will return fuel efficiency of around 50kmpl

Would you rate the Freedom higher than its erstwhile contemporaries? The CRD 100 was sure a revelation of sorts with its great acceleration and top speed for a 100cc bike…