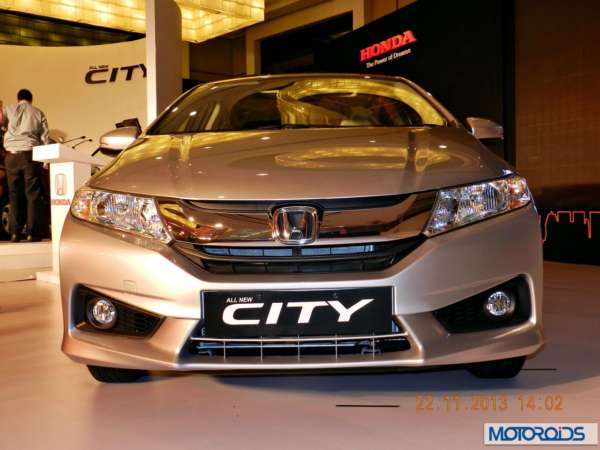 Honda City Prices are announced – here are the details 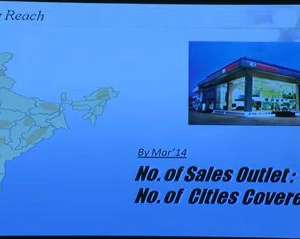 Spares cost comparisons with competition for the new Honda City 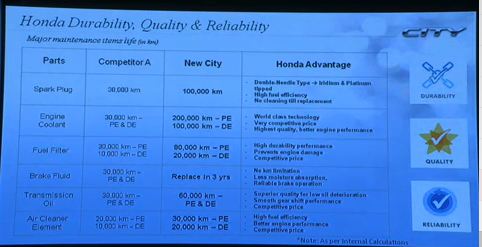 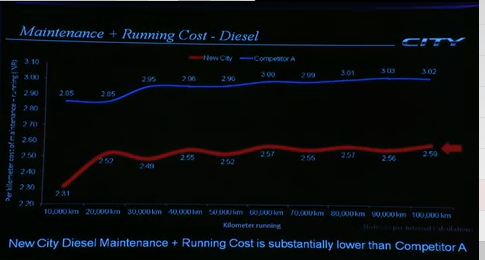 Maintenance cost for the petrol CVT 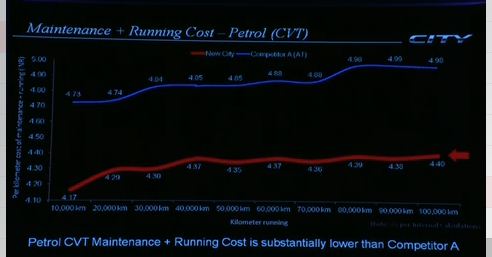 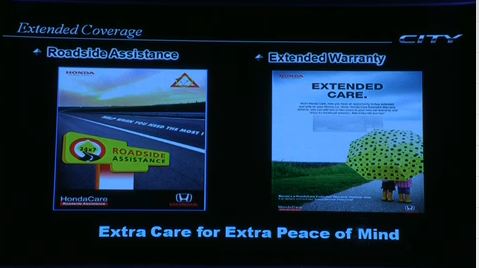 More than 30 accessories for the new Honda City 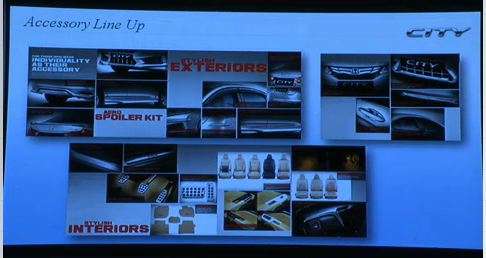 Here’s the image for the Honda City print ad campaign 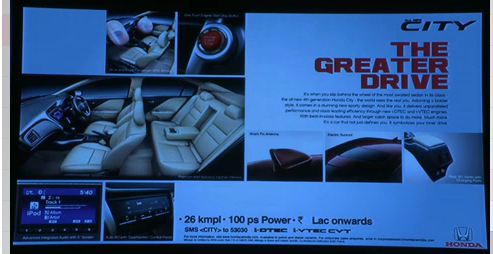 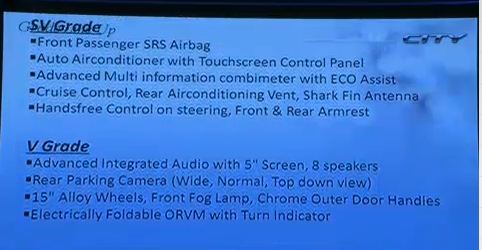 Interior and other cabin features of the new Honda City 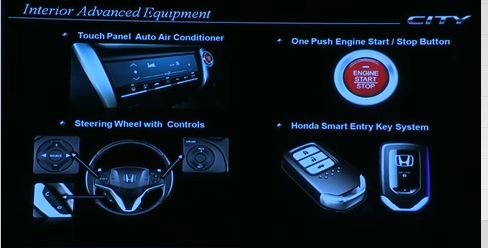 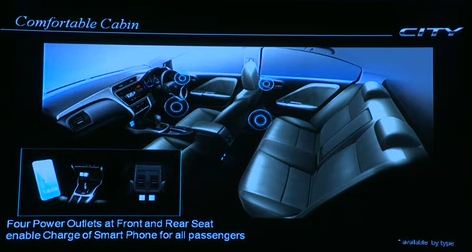 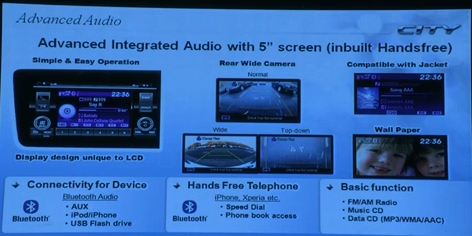 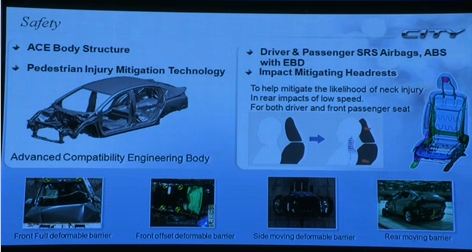 Ground clearance has been improved for Indian roads 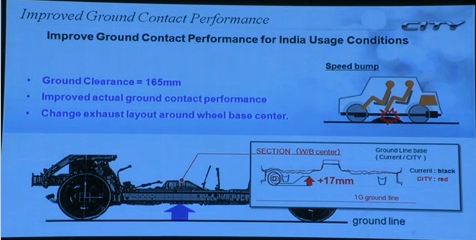 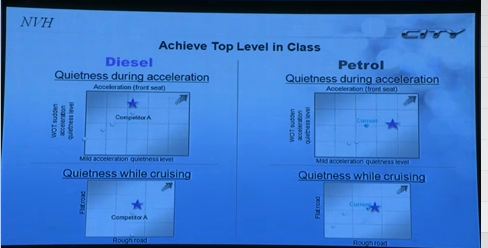 The chassis and suspension of the new City have been tuned to improve safety, enhance comfort and improve the fun to drive factor 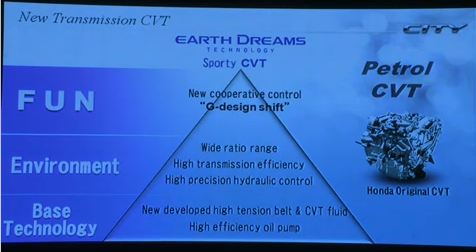 Details of the 1.5 i-VTEC petrol engine 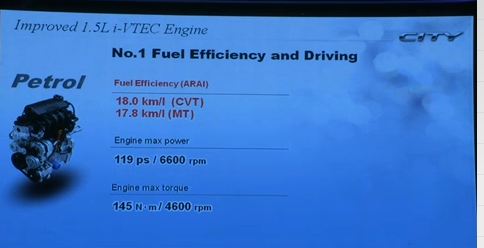 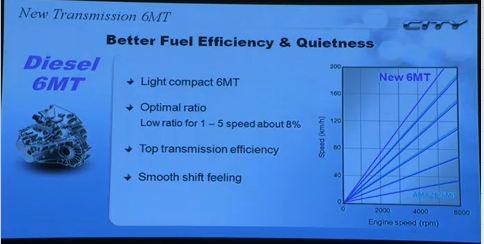 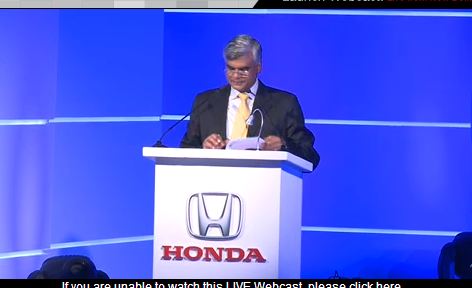 Honda claims that the legroom of the new City is comparable with the D segment cars, trunk space is also class leading

Here’s a comparison of the new City with the previous City. 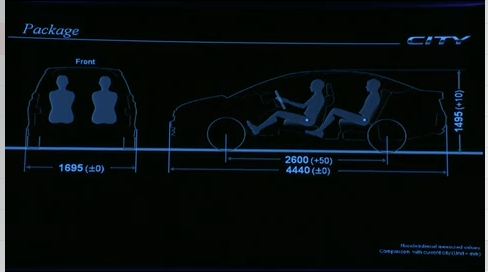 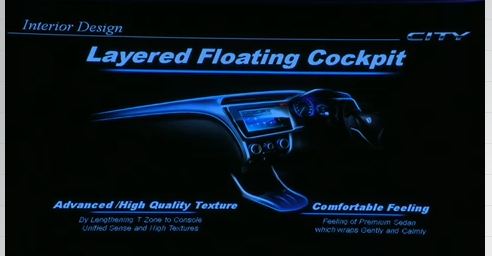 Honda City to be available in six new colors. Golden brown metallic has been developed specifically for the model 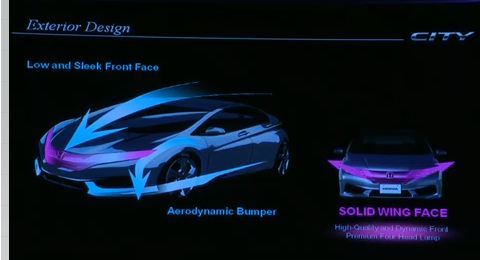 Honda asserts that the city scores above its competition with its cool design, and topped by spacious cabin and fuel efficient engines.

Honda City gets the JP Power initial quality study Award for the 11th time in a row. 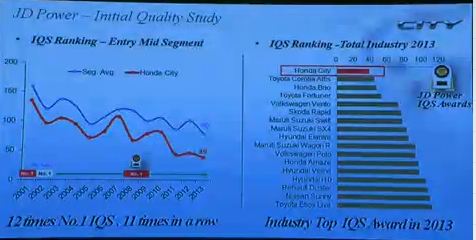 By the end of the next financial year (end of March 2014) Honda plans to launch two more products in India market (Vezel and Mobilio?) 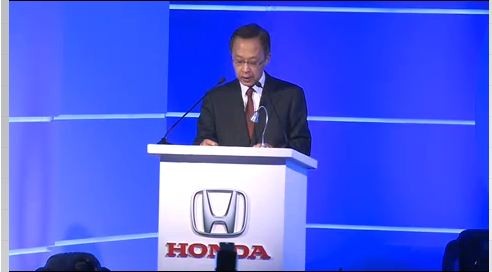 The official also commits launch of new products in India, well suited to the Indian customer to increase Honda’s footprint in India

Honda official takes the stage, states that the new car will be available at ‘a very reasonable price’  – time to cheer for all of us, yeay!

The new i-DTEC engine uses technologies like lightweight piston, low viscosity oil and a lightweight construction to achieve the par with class power and class leading efficiency of 26kmpl.

The event is underway now. The focus of the launch would be the i-DTEC unit, a first for the car, ever.

Honda Cars India Limited (HCIL) is launching its new, fourth-generation City in India at  New Delhi. Honda City India Price will be announced at the event. As you would expect, we are reporting live from the launch event, where the price, variants and all the additional details about this new C segment car will be revealed. So stay tuned as we bring to you every detail about the highly anticipated City from the launch.

In the meantime, you might want to browse a few more articles we have written about this once segment-leading car covering every aspect of the machine.

All you need to know about the New Honda City

With the new gen model, the City will feature a much needed diesel engine in the form of the 1.5 litre i-DTEC which also powers the Amaze. With a fuel efficiency of 26 kmpl, the City 1.5 diesel is laying its claim on being the most fuel efficient of car. Power figures have not been announced yet, but the engine on the City will be more powrerful than the one on the Amaze. The engine would also have performance figures that would be at par with those from the rivals. 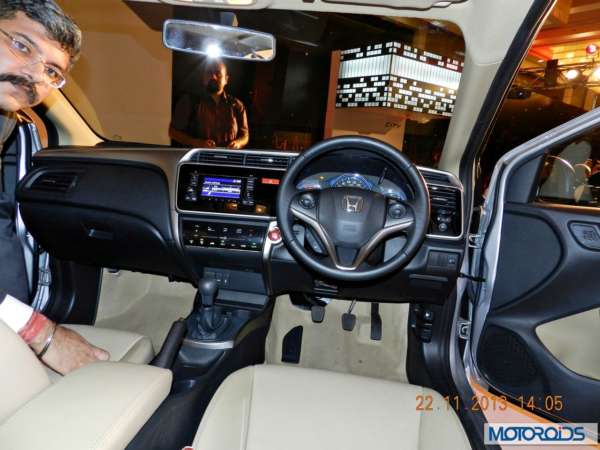 The petrol variant will be powered by the same 1.5 litre iVTEC 4-pot motor that powers the current model. For the new car though, the engine is expected to boast of better power output and higher fuel efficiency . Transmisison duties will be taken care of by a 6 speed manual transmission on both petrol and diesel variants or by a CVT auto meant only for the 1.5 petrol version.

The expected power and torque output figures for the two engines are 98 bhp and 200 Nm for the diesel, and 118 bhp and 145 Nm for the petrol.

Feature list is quite impressive too. Here we have a bullet list of goodies offered on the new City