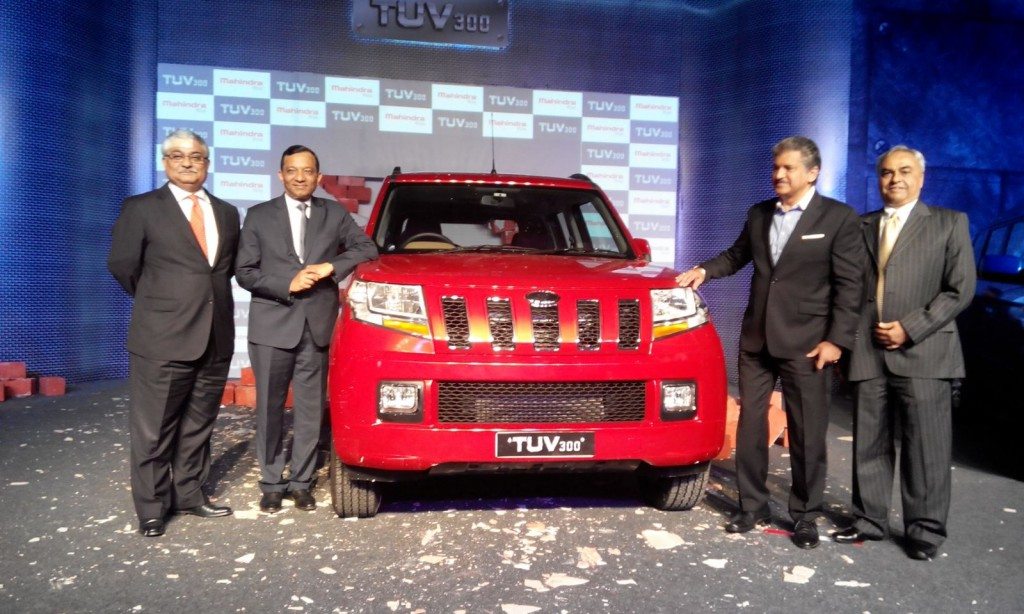 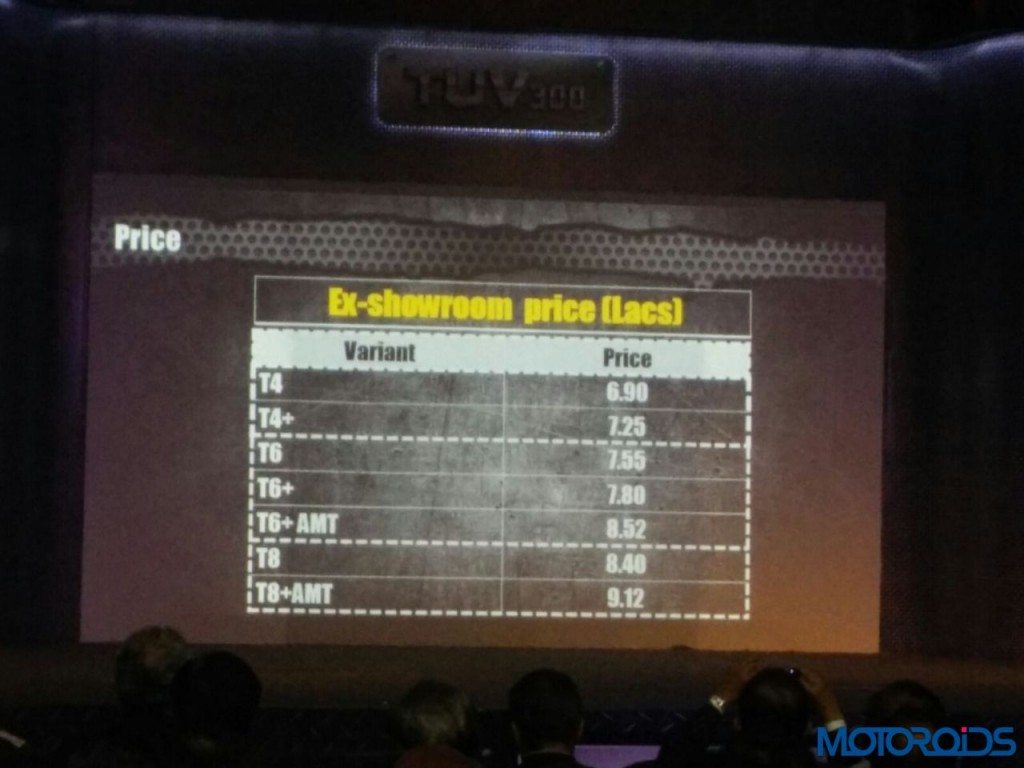 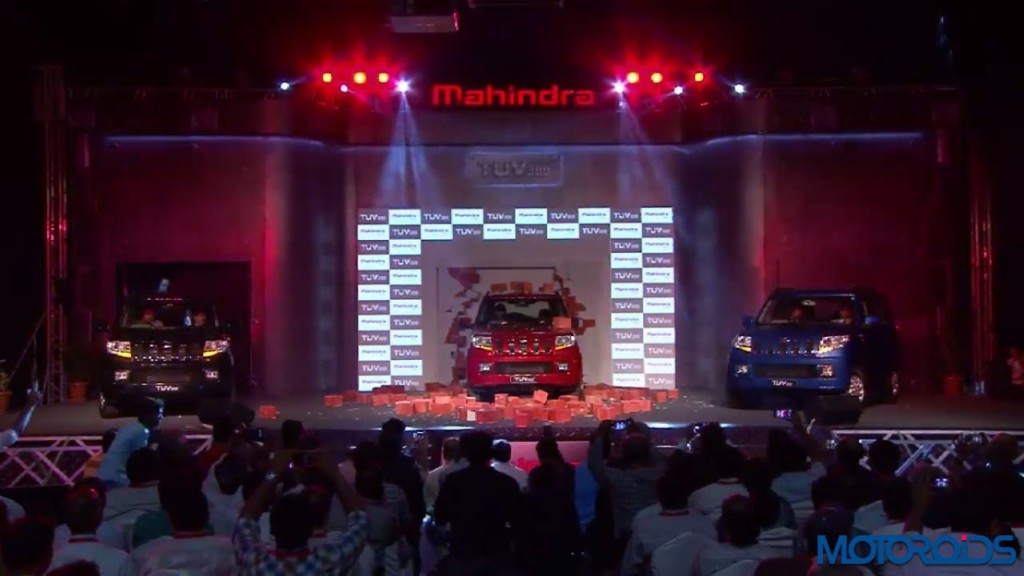 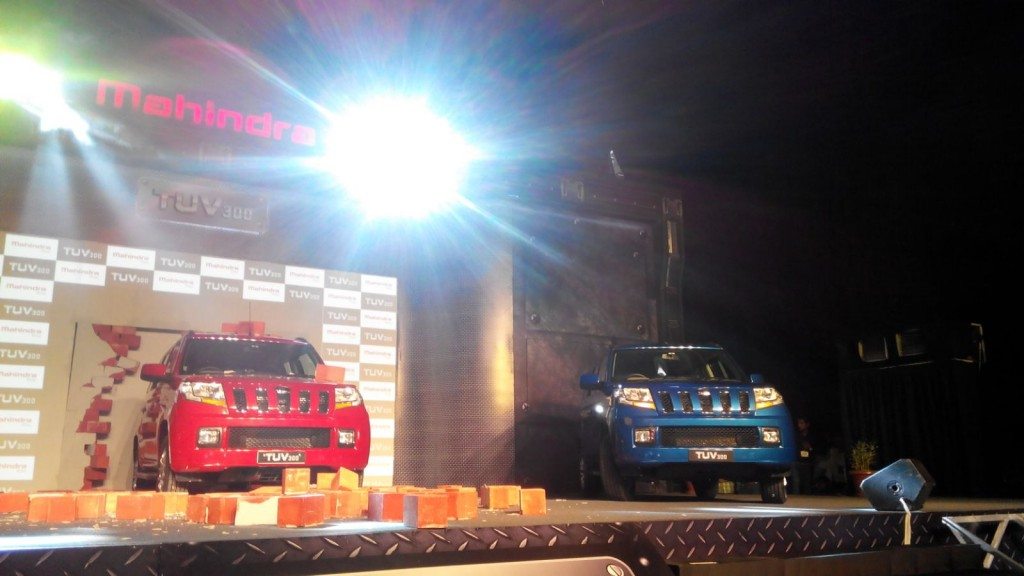 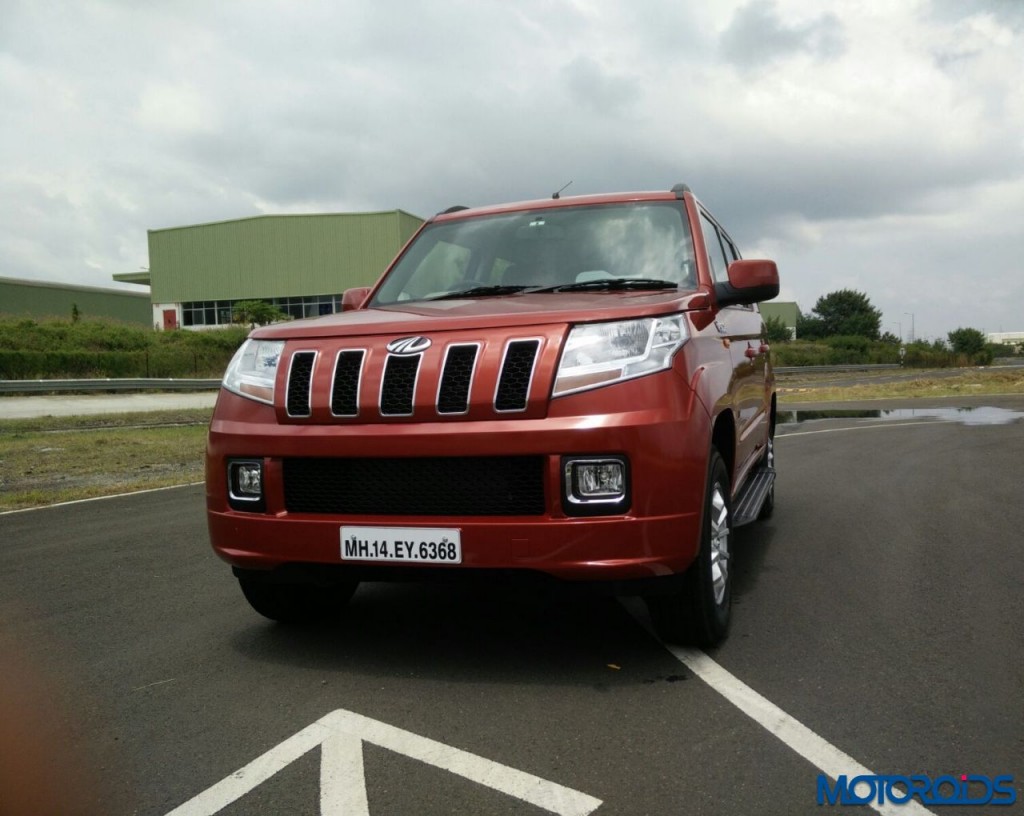 Mahindra’s latest compact SUV, the TUV300 is just minutes away from its India launch and Team Motoroids is at the event to bring to you all the LIVE from the event from the Mahindra’s production facility in Chakan. The battletank inspired SUV has garnered a lot of attention from the regulars at Motoroids. We will keep you updated about the happening at the event along with a whole bunch of images and the first driving impressions of the car in a short while.

Here is the LIVE webcast. Do check out the updates below:

Update: Features at a glance – 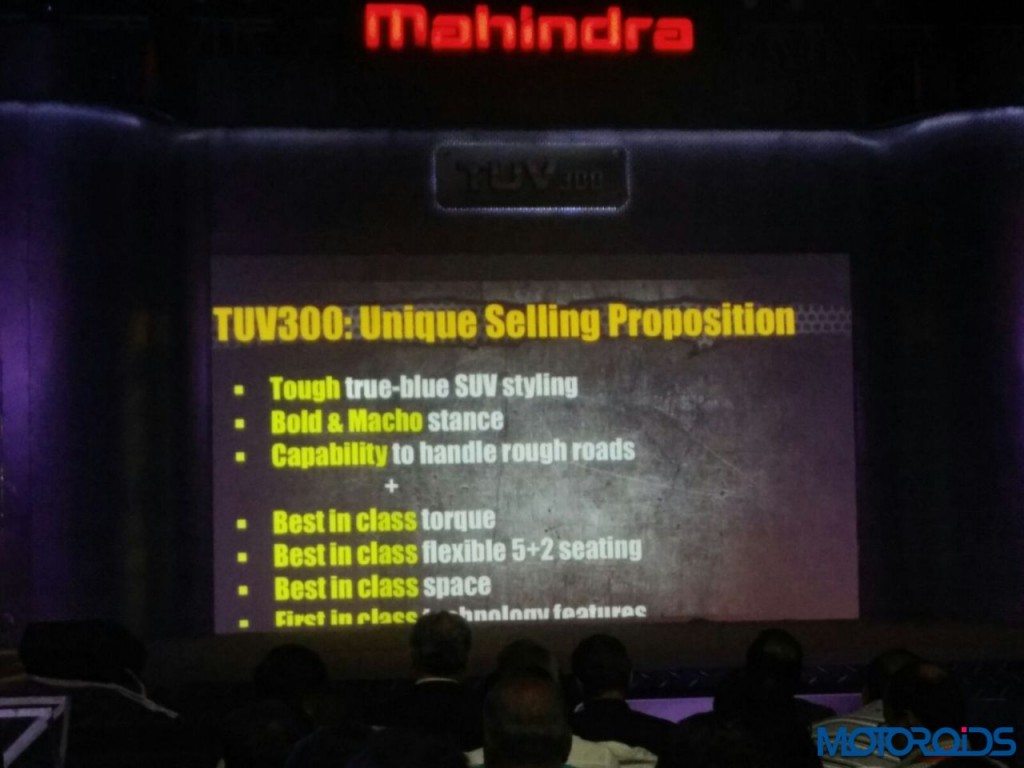 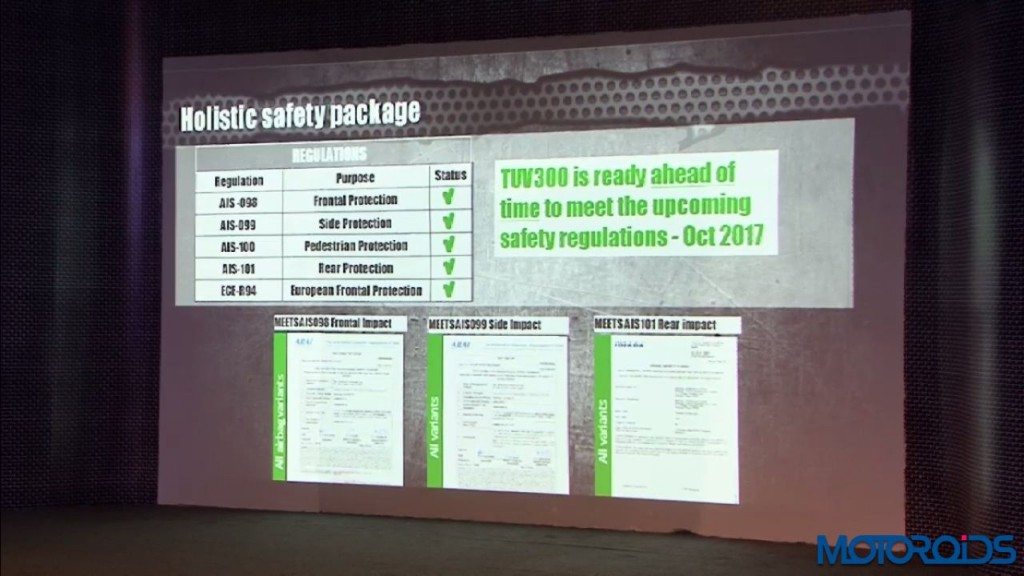 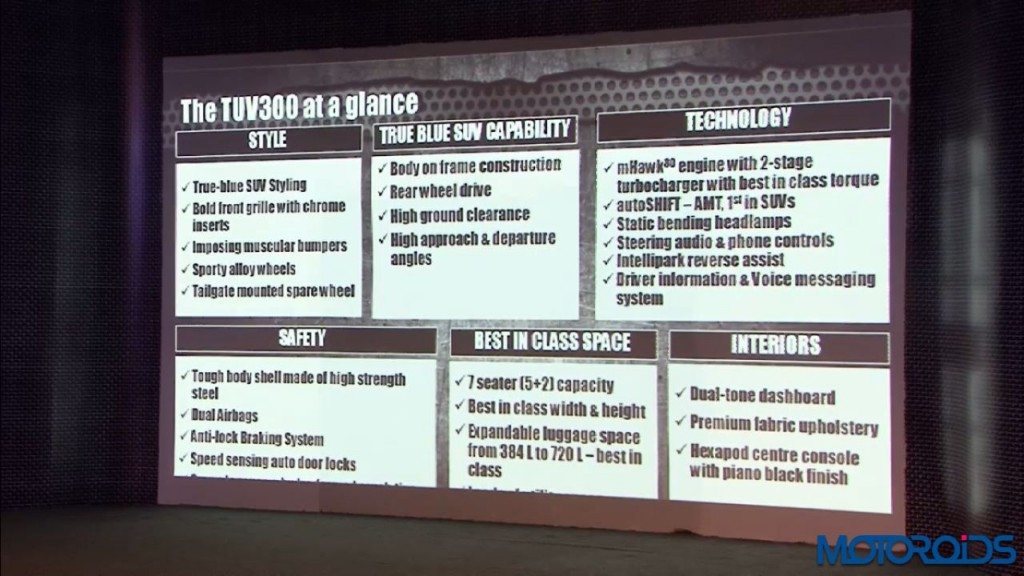 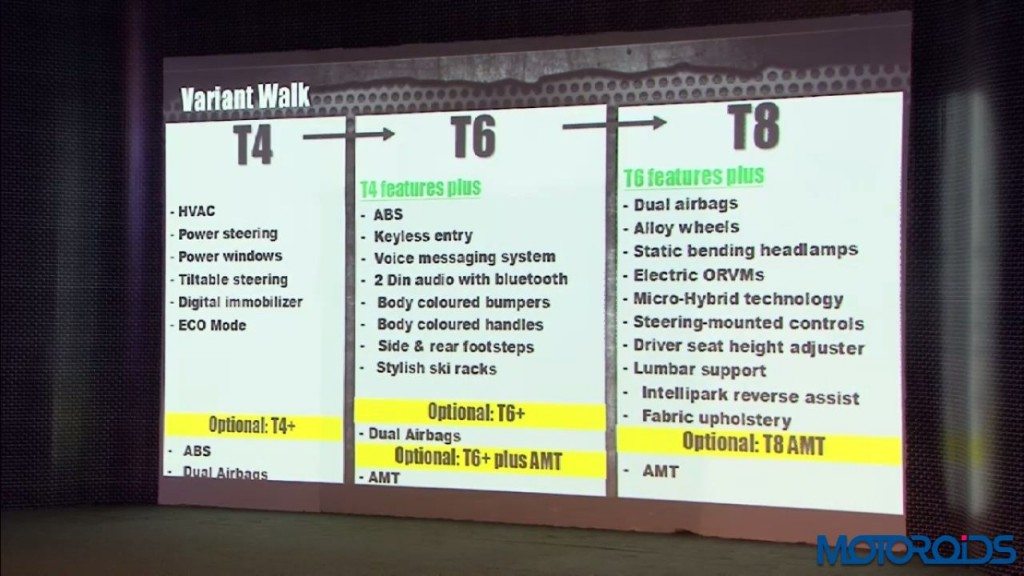 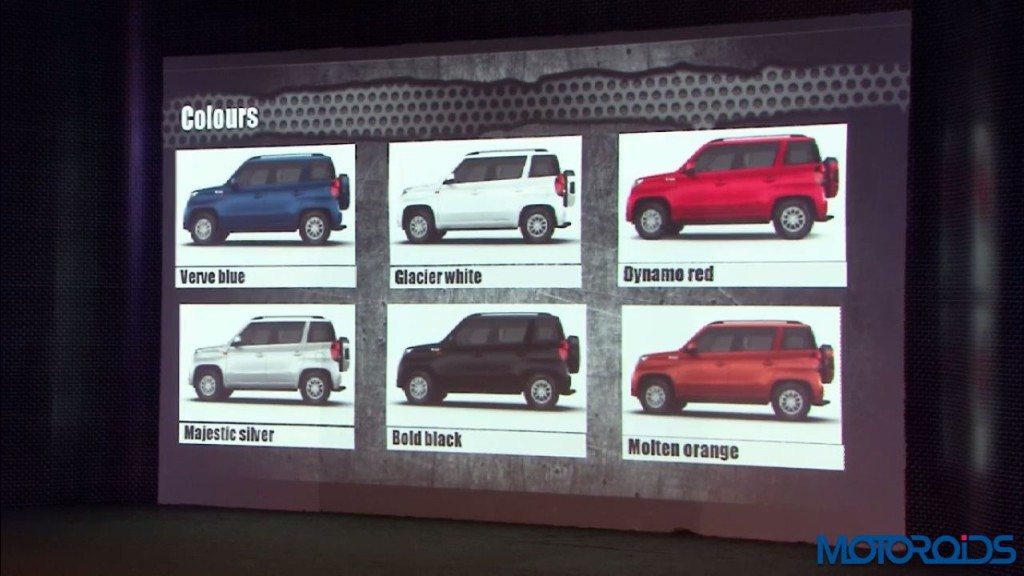 Besides the above six colour options, Mahindra will also offer a special made-to-order combat green shade 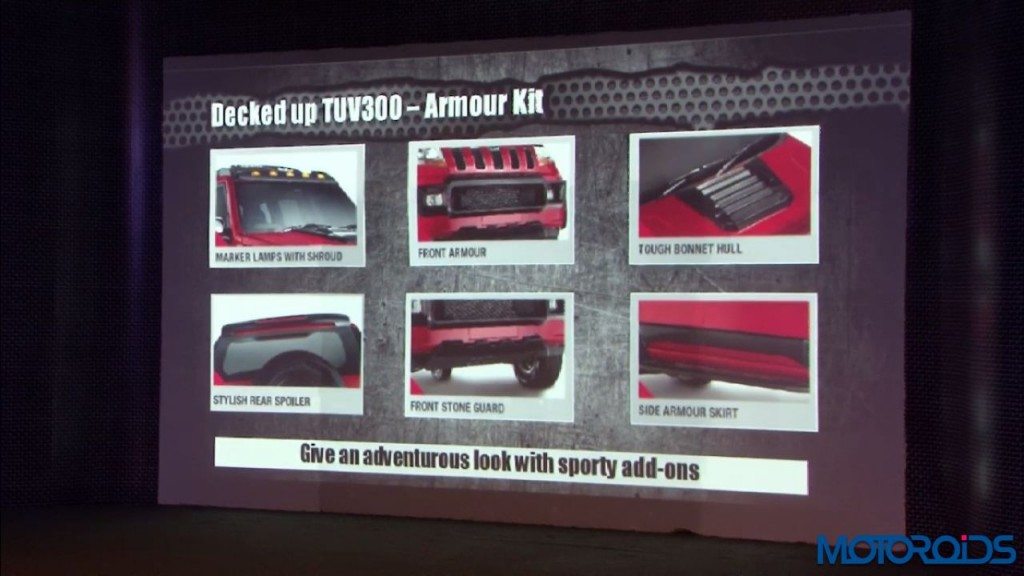 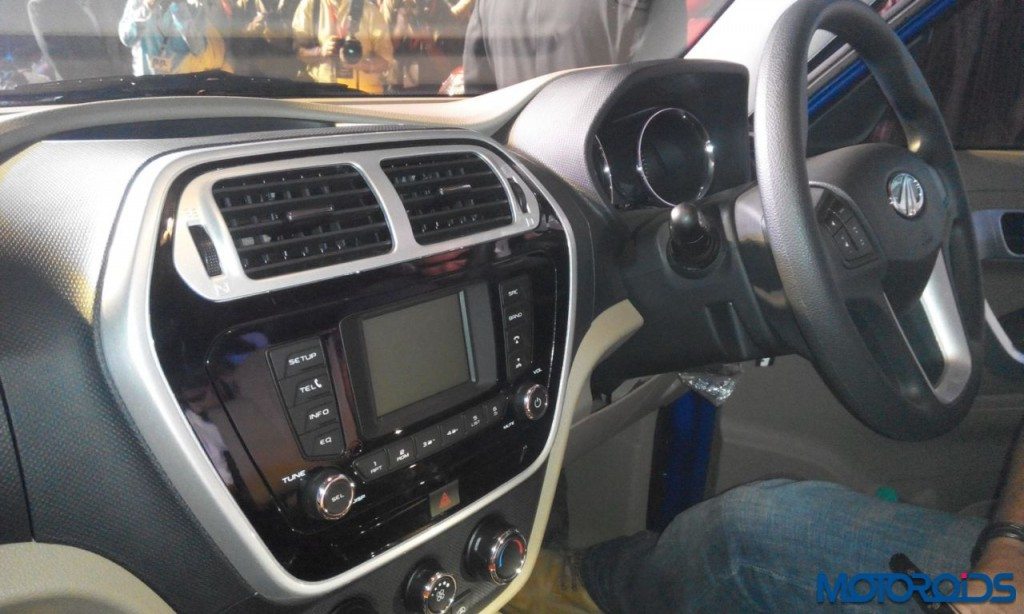 On the inside, a dual-tone dashboard jewels up the new Mahindra TUV300 while the centre console is occupied by trapezoidal centre console 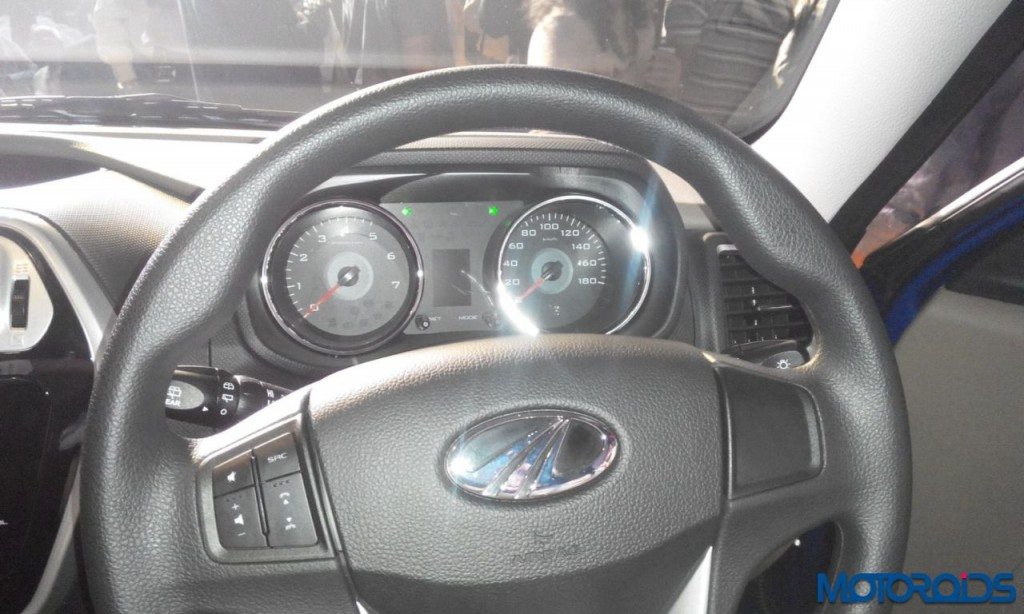 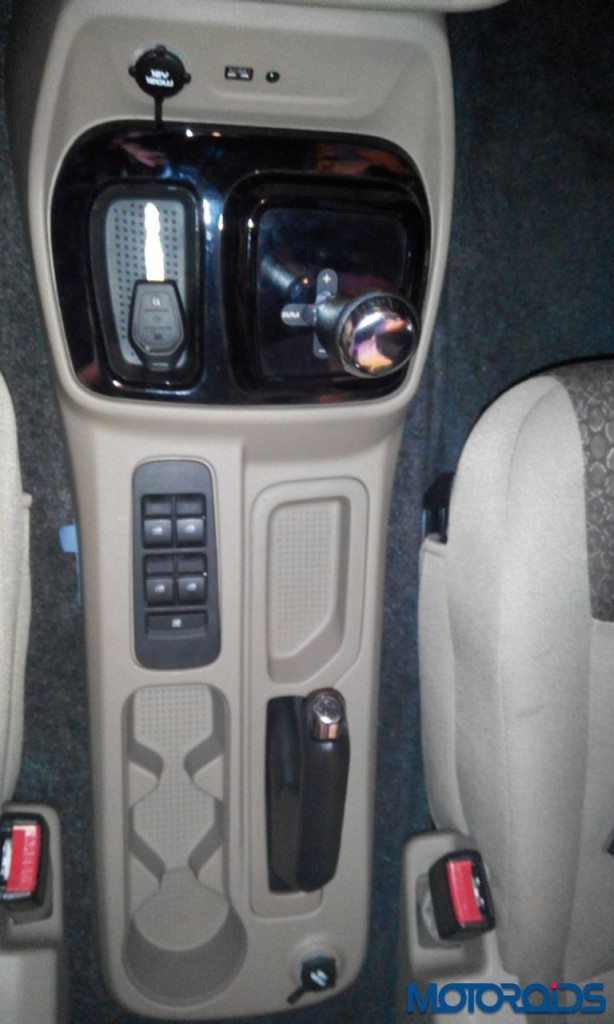 Power window buttons are placed on the central tunnel

Here is the brochure of the new Mahindra TUV300. Click on the images to expand: 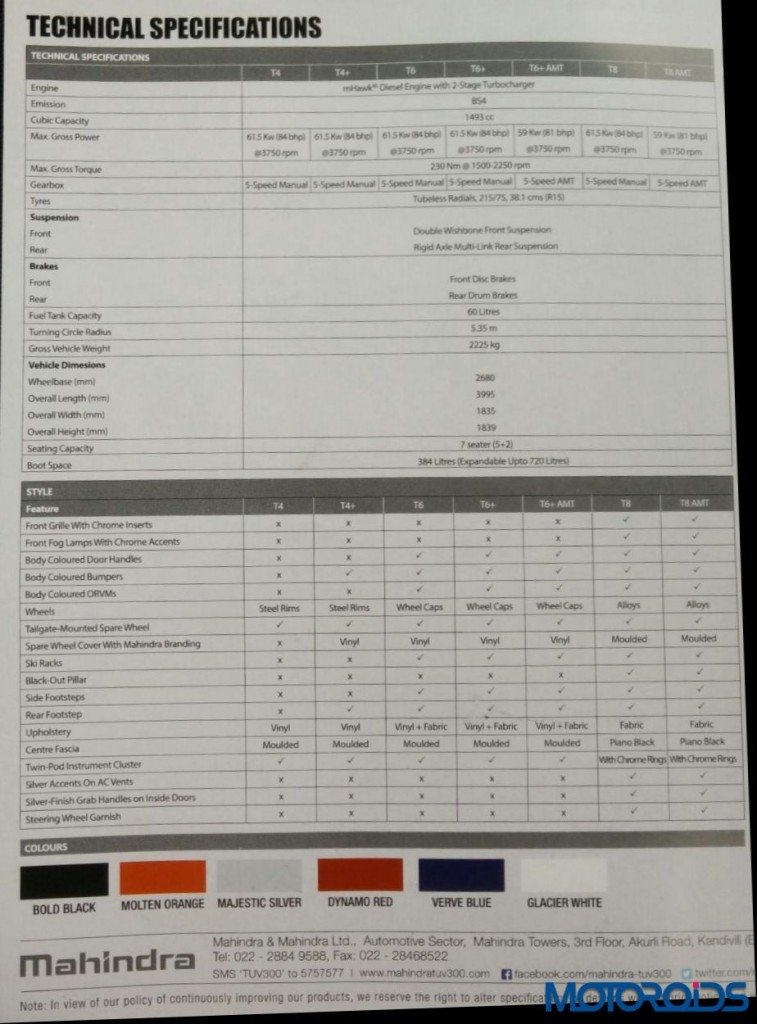 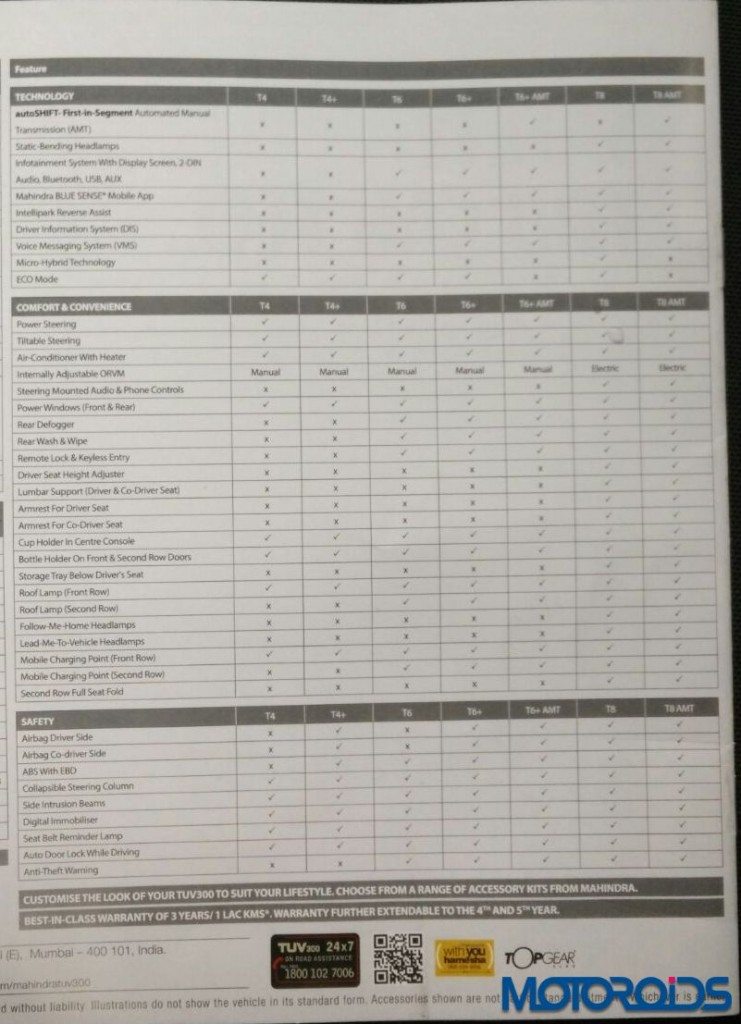 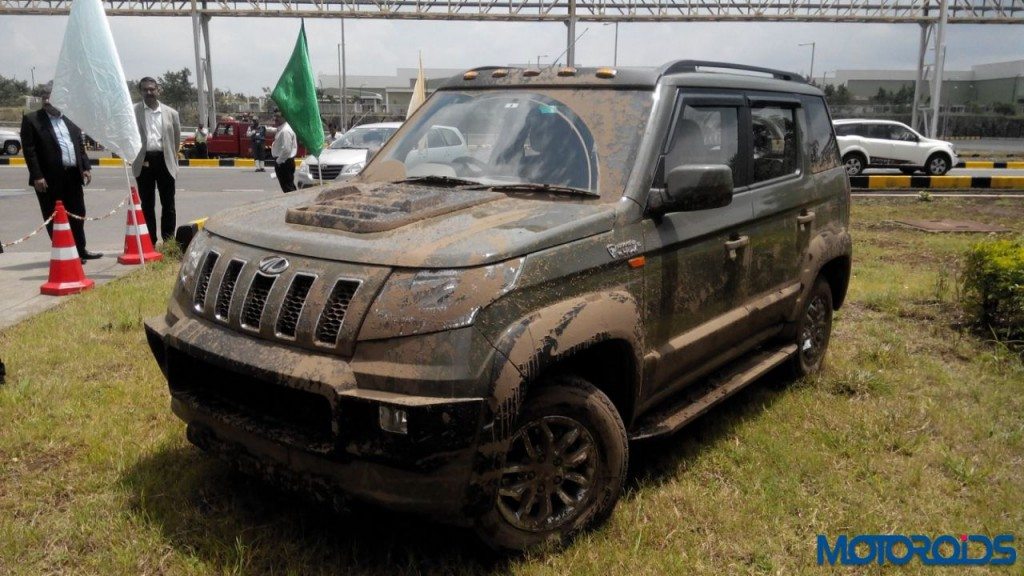 Meet the Mahindra TUV300 with the special combat green shade

In the meantime, here is all that we know about the new compact SUV thus far.

Stay tuned and keep refreshing this page for all the latest updates.