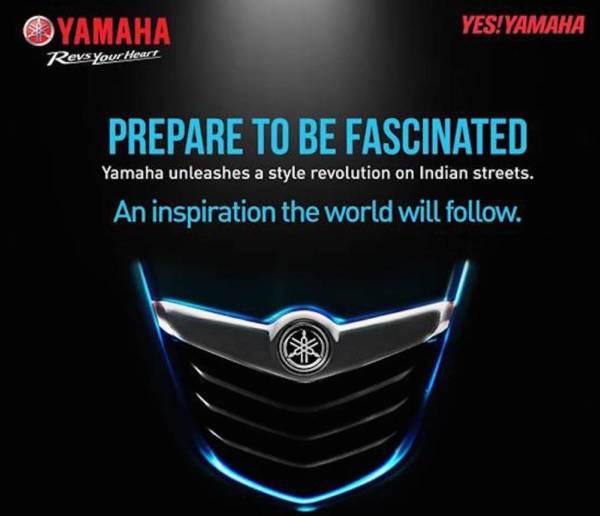 Yamaha teased the market with this shot of their upcoming new scooter a while back.

Yamaha Motor India kept the launch of their brand new scooter pretty hush from everyone. The company understands the value of having their presence felt in this market that’s being populated by Hondas and Suzukis, among others. Yamaha is hoping to make a grand entrance with their latest scooter, that bore the codename 04X. However, it’s got a proper name now and is called the Yamaha Fascino. 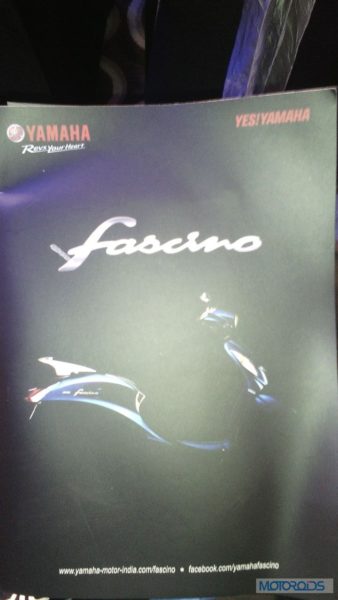 The Yamaha Fascino isn’t alone in this segment, it has got to deal with the Honda Activa, the Vespa ranger, Suzuki Swish and Suzuki Access (among some others). The Yamaha Fascino is priced at 28.9 million Vietnamese Dong, which is appx. INR 84,173. That said, the Fascino wouldn’t come in to India wearing that high a sticker price. Our man from this event told that Yamaha Motor India will introduce the Fascino at INR 52, 500 (ex-showroom, Delhi). 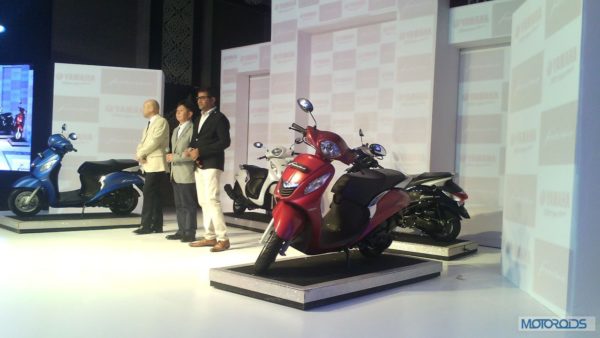 The Yamaha Fascino is finally unveiled.

The Yamaha Fascino comes powered with an air-cooled, carbureted, 113cc 4-stroke “BLUE CORE” engine that makes 7.1 PS at 7500 rpm and 8.1 Nm at 5000 rpm. The power is sent to the rear 90-section tyre via a CVT gearbox. That said, the tyres are not tubeless and the Fascino only comes with drum brakes. But it does come with a kick and electric start feature. Suspension duties at the front is handled by a pair of telescopic shocks, while the rear gets a swing unit. 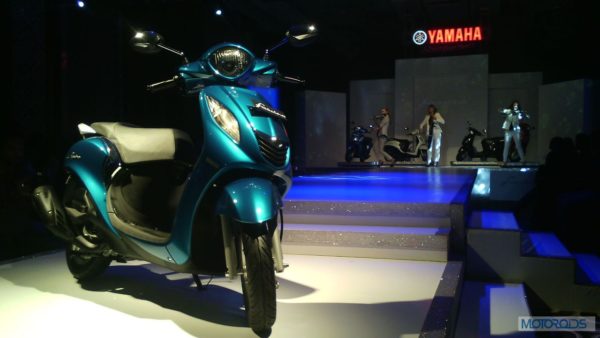 The Yamaha Fascino is 1815mm in length, 675mm in width and 1120mm tall. Seat height is 775mm and the wheelbase is 1270mm and ground clearance is 128mm. The 110cc offering from Yamaha weighs only 103 kg, which makes it the lightest scooter in India by Yamaha. Also, thanks to the Blue Core technology, the bikemaker claims a fuel economy figure of 66 km/l. The fuel tank capacity is 5.2-litres and that results in a theoretical maximum range of 343 km. 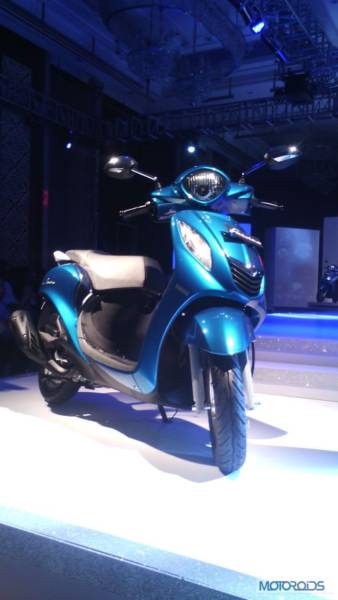 The front styling looks quite organic. Almost like a face, if we may.

The name Fascino supposedly stands for ‘Fascinating’ in Italian. This Japanese Fascino is available in five different shades namely; Rogue Red, Sassy Cyan, Haute White, Cool Cobalt and Tuxedo Black. Yamaha is primarily targeting the stylish youths, especially women, with the Fascino. The 113cc scooter gets a V-shaped air intake at the front which gets some chrome treatment. The headlight design resembles an eye (a big one at that), a curvaceous and swooping side styling, a chunky silver grab rail for the pillion rider and sharp, tapered taillight cluster. To drive their retro design theme home, Yamaha has given the Fascino an all-white instrument cluster. 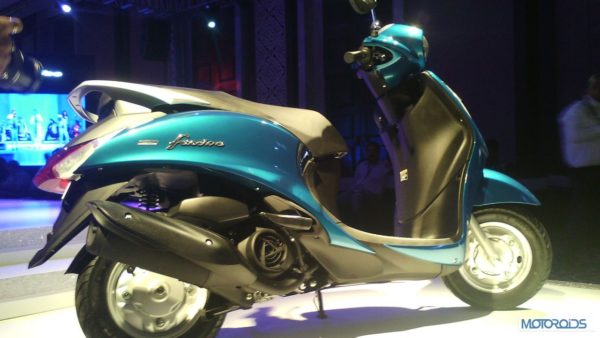 The design is predominantly swoopy, but also features some sharp elements. 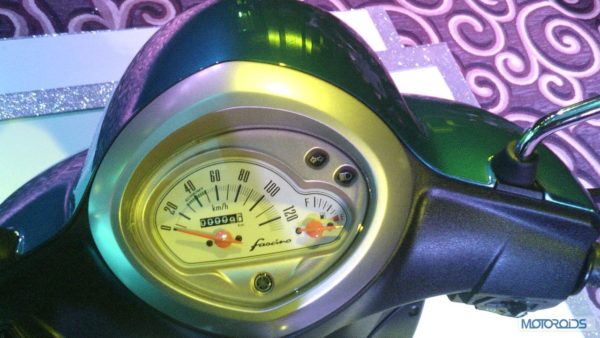 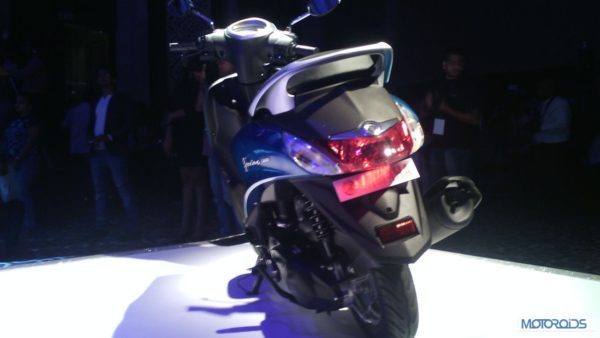 There’s a chrome strip with the company logo right above the taillight cluster.

The Yamaha Fascino will be manufactured at the company’s brand new Chennai plant. The Fascino comes with a two year warranty, which can be extended to three years. Expect to see the Yamaha Fascino in dealerships before the end of May. Check out our gallery of the new Yamaha Fascino and leave your us your opinions in the comments section.