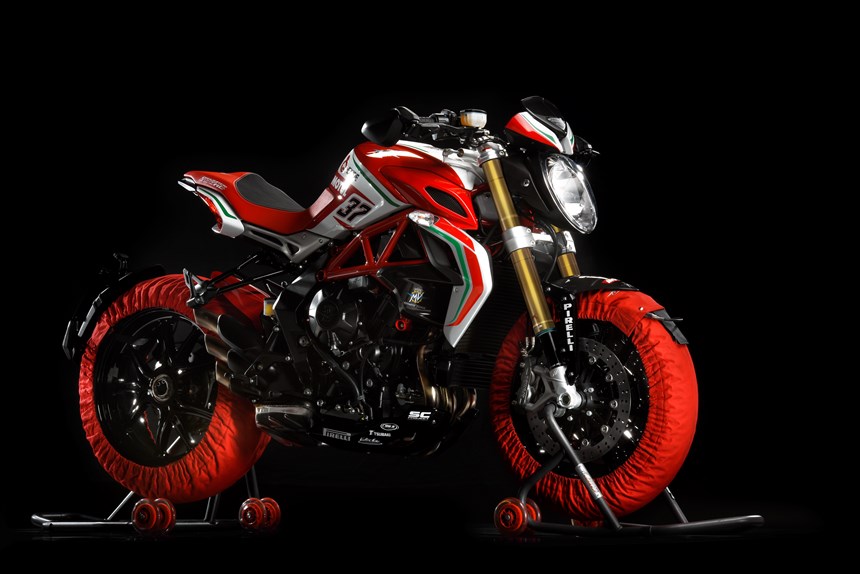 MV Agusta motorcycle has unveiled the limited edition of its Dragster 800 roadster. Christened as the Dragster 800 RC, the motorcycle is limited to 350 units and is built on the basis of Dragster RR. The motorcycle uses abundance of carbon fiber components which, along with reducing weight, distinguish it from the standard Dragster 800. The front mudguard, radiator heat deflectors, and the compact front fairing combined with the RC forged wheels with a lightweight and racing design are aimed at achieving technical excellence. 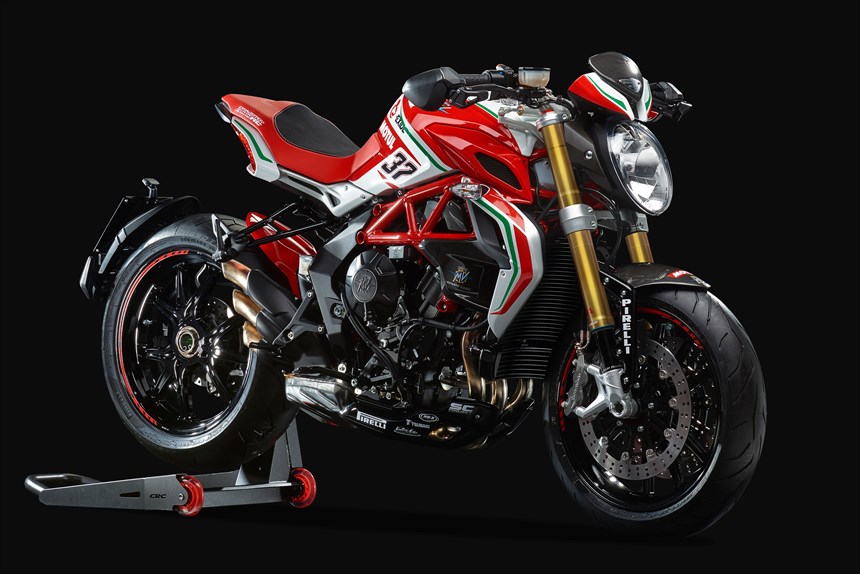 The three-cylinder, 4 stroke, liquid cooled engine delivers a healthy 140 hp of power at 13,100 rpm and 86 Nm of torque at 10,100 rpm. The engine weighs 52 kg and exploits a racing-derived counter-rotating crankshaft to reduce inertia in corner entry. 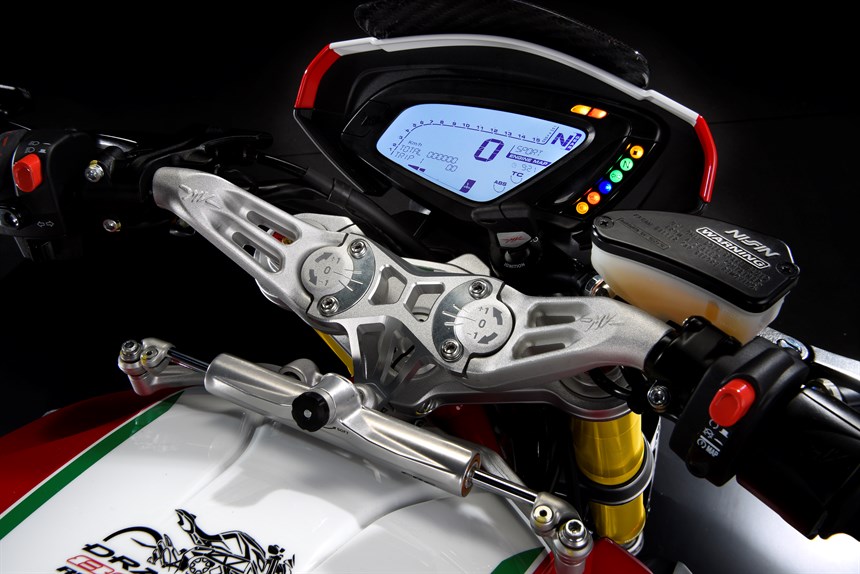 The digital instrumentation is formed by a clear LCD panel and dashboard indicators. It also forms the point of interaction for the Motor & Vehicle Integrated Control System. Based on the electronic control unit designed specifically for MV Agusta, it allows to the rider to exploit the Dragster 800 RC with four riding configurations. One of which offers complete personalization, parameter by parameter including motor response, rev limiter, engine torque management, throttle sensitivity and engine braking. The dragstrip performance is further ehanced with the Quickshifter EAS 2.0 which allows rapid gear changes both up and down the gearbox. Traction control is offered on eight levels, or entirely disengaged; allowing the rider to choose between spinning the rear wheel out of corners or contrastingly with the tranquility of complete electronic intervention. 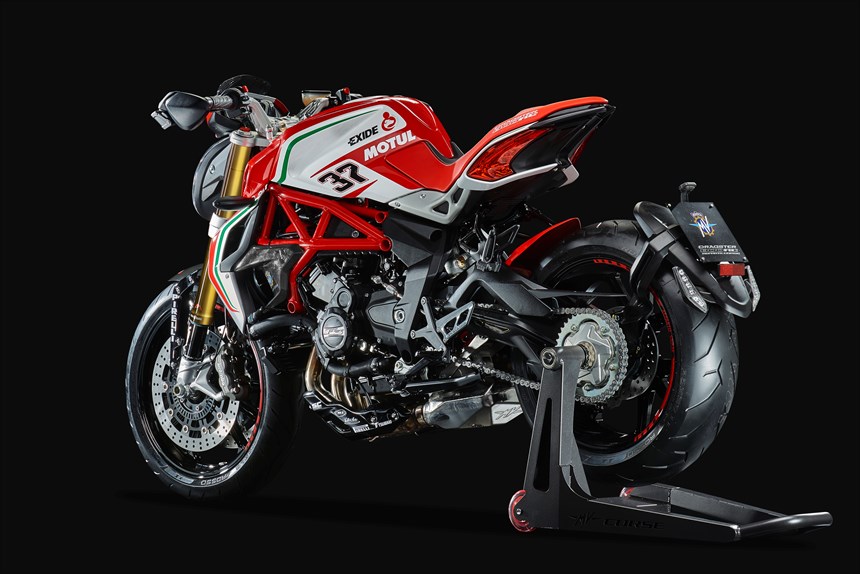 The Dragster 800 RC also gets red anodized finish on the fully adjustable upside-down fork stanchions. Complete adjustability is also available on the Sachs rear suspension mated to a single-sided swing arm with a fulcrum point between aluminum alloy plates that are united to the tubular steel trellis frame. The braking system composed of 320 mm diameter front discs and Brembo four-piston radial calipers are aligned to the tame the savage power. 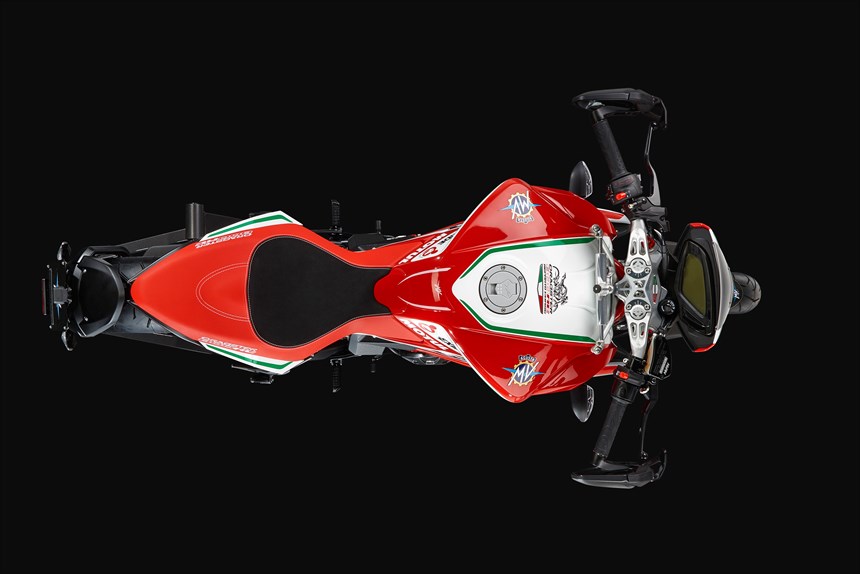 Check out the complete technical specifications of the limited edition MV Agusta below, followed by a detailed image gallery.