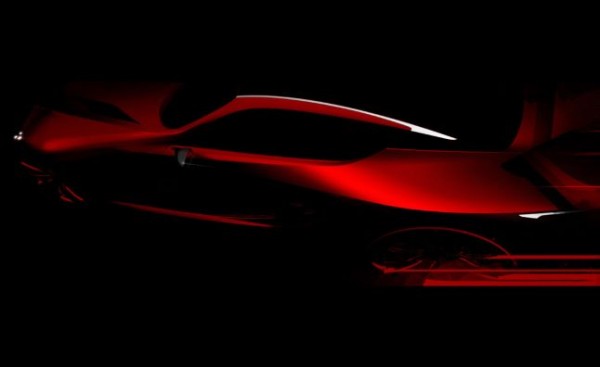 There is quite a large number of auto makers that are headed to “Vision Gran Turismo” project. The participants of this project have to come up with impressive designs for concept vehicles. Participants also have to make these concept vehicles available to drive in the Playstation 3 based driving simulation game.

One of the manufacturer that is planning to take part in this project is Toyota’s premium car brand Lexus. However, before the carmaker comes up with sketches for the upcoming Vision Gran Turismo vehicle, it has released this teaser sketch to build up some excitement. While it is kind of tough to figure out the exact proportions and details of the upcoming concept vehicle from Lexus, it does seem like the upcoming design will be inspired by that of the LF-LC concept that we saw at some of the recently conducted motor shows.

The bits that help us in tracing the LF-LC inspiration are the LED headlights and the shape of windows.It is being said that the upcoming concept will preview the next LFA and what is even better for fans is the fact that it would be a drivable vehicle in a PS3 game. We won’t be too surprised to find the upcoming Lexus concept having a hybrid powertrain under its hood.