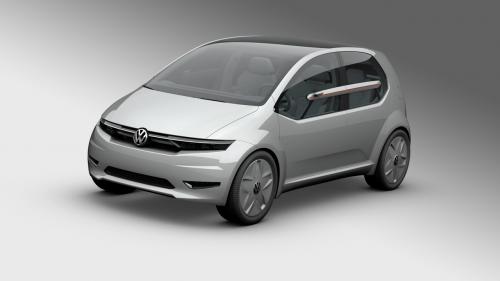 While one cannot expect an official confirmation on these pictures being of the Polo and Scirocco, but if they really are, then we see the next-gen Polo getting a lot more practical as well as tech laden than its current version. The first noticeable change is the huge glasshouse area with those enormous windows. If those windows make it to production, I am sure they would be one of the largest on any production car doing considerable volumes.

Another intriguing element is the slat that runs along the windows, positioned within the glasshouse area. Also, we don’t see any ORVMs on the car. Does that mean that it’s a rear view camera cum sensor transmitting a video of the outside world to a screen acting as a visual aid to the driver? We cannot be sure, as we are just letting our imagination loose based on what we see in the pictures. A similar slat runs horizontally across the rear windshield as well. This, hopefully will replace the inside RVM by mounting cameras and sensors for the activities at the rear.

Apart from the Polo, another car sketch that has been leaked is said to be that of the Scirocco. Wide, with a sporty stance, the design looks quite appealing, and should be able to take the evocative Scirocco into its next generation reassuringly.

VW bought the famous Italdesign Guigiaro design house recently. The company is working on quite a few new VW cars, and at least two of the new designs by the styling firm will be showcased in the ongoing Geneva Motor Show.