Force Motors will soon introduce a more powerful version of its Gurkha SUV, the Gurkha Xtreme. The upcoming SUV will be available with an option of hard-top and soft-top. While we’re yet to hear an official launch date for the new, more powerful Force Gurkha Xtreme, a leaked brochure has surfaced on the internet which reveals all the technical specifications of the upcoming SUV.

The leaked brochure confirms that the new Gurkha Xtreme will use a 2,149 cc, inline four-cylinder, 16-valve, DOHC, Common Rail Diesel Engine which will be tuned to deliver 140 hp @ 3,800 rpm and 321 Nm of peak torque between 1,600-2,400 rpm. The engine is mated to a five-speed transmission. Stopping power will be provided by disc brakes upfront and drum units at the rear. 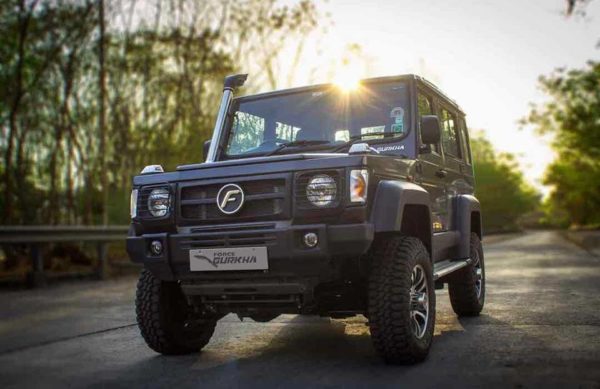 Suspension duties at the front and the rear will be performed by Multi link with Pan Hard Rod and Coil springs with Hydraulic telescopic shock absorbers and anti roll bar.

Check out the complete technical specification sheet below (open image in new tab): 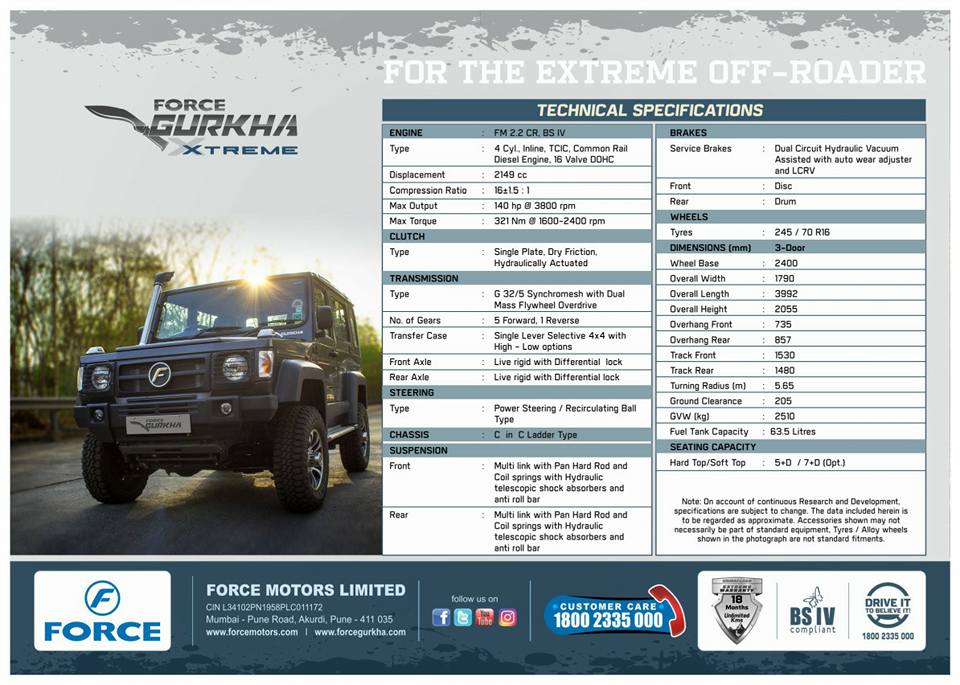 As aforementioned, we’re yet to hear an official announcement about the India launch. Stay tuned for more updates.