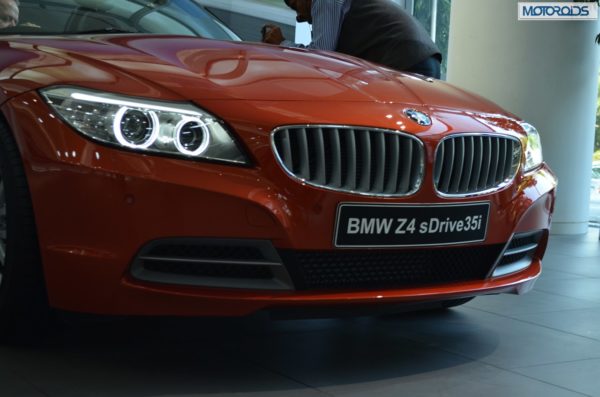 Earlier today, we reported LIVE from the launch event of 2014 BMW Z4 Roadster. Now, we have compiled all the pics and details of the Z4 facelift to give you a fair idea about the newest Bimmer in town. 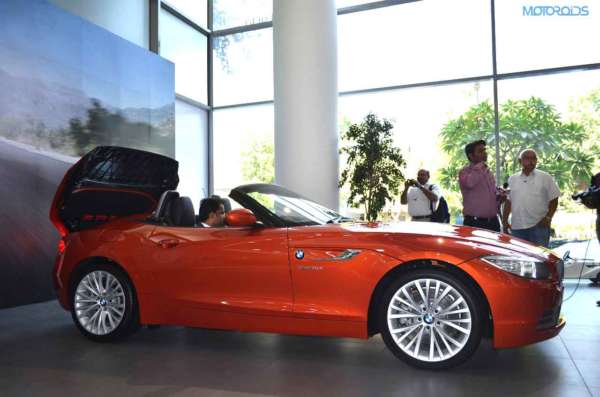 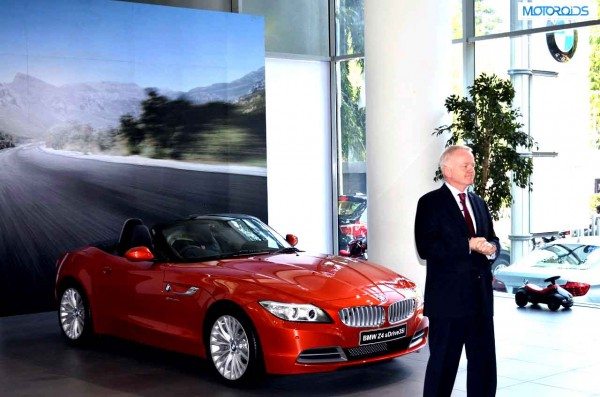 Commenting on the launch of the new car, Mr. Philipp von Sahr, President, BMW Group India said, “The new BMW Z4 embodies the excitement of dynamism and aesthetics in a more uncompromising style than ever before. The new BMW Z4 represents a time-honoured and yet alluringly contemporary interpretation of the traditional roadster concept. The classical proportions and unmistakable athletic character, armed with a raft of design and equipment innovations, bring more excitement to the new BMW Z4. Because when it comes to real driving pleasure, there’s one emotion that comes first: passion.” 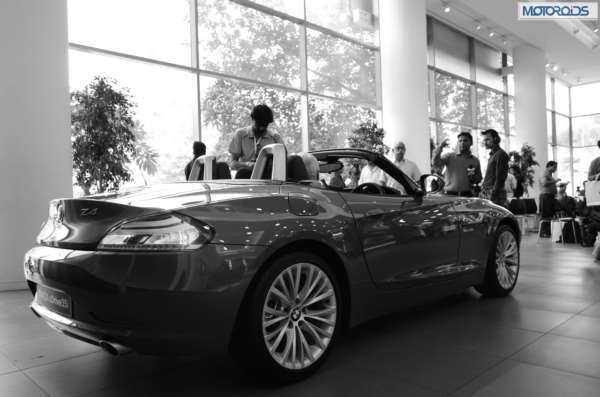 The defining characteristic of the Z4 are its sweeping bonnet, long wheelbase, low beltline and low-slung rear end. The low seating position of the Z4 is positioned just ahead of the rear axle giving the driver and passenger a particularly intense experience of the longitudinal and lateral forces working on the rear wheels. 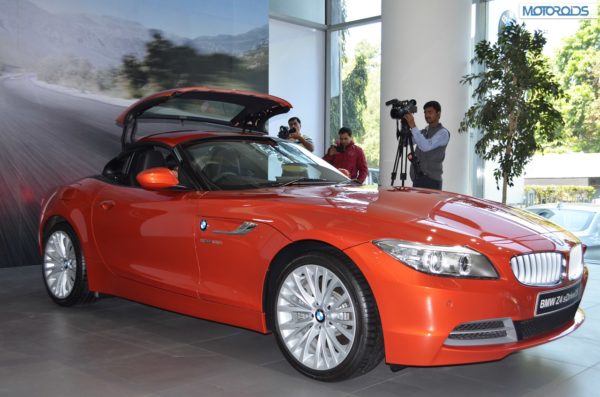 The hardtop roof on the car can be opened at the touch of a button while the car is moving at up to 25 mph (40 km/h) in an automated process lasting 19 seconds. 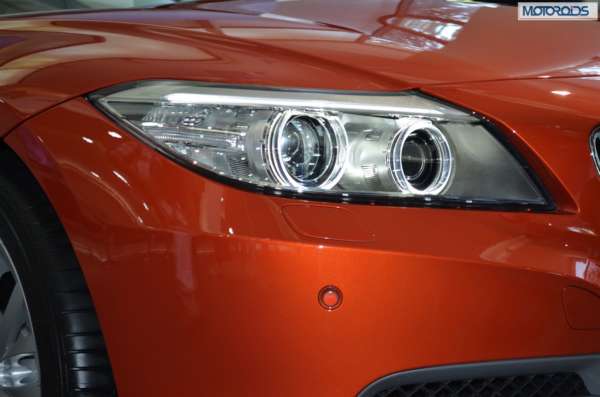 The standard Xenon headlights of the new BMW Z4 have a slim design and extend well into the front wheel arches. They feature LED light rings which emit daytime driving light in the brand’s hallmark style. The integrated turn signal indicators have chrome-coloured surrounds, which lend further emphasis to the sophisticated character of the light units. 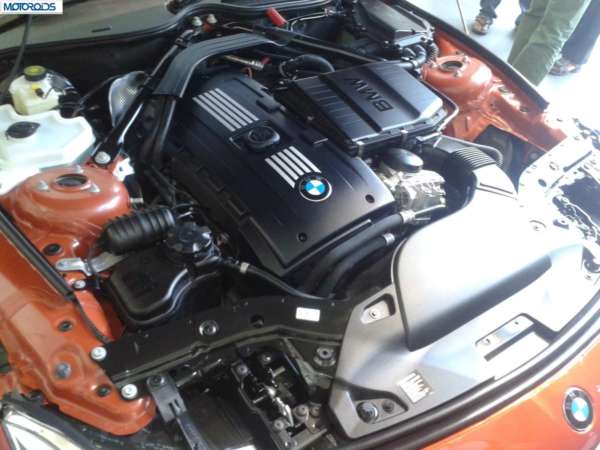 Powering the new car is a BMW TwinPower Turbo six-cylinder in-line petrol engine with max power of 306 hp. The sprint from 0 to 100 km/h takes just 5.1 seconds and top speed is 250 km/h. The motor comes mated to a seven-speed Sport automatic transmission. 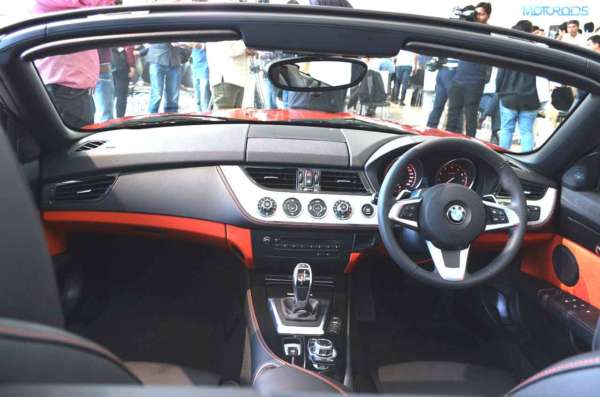 The Design Pure Traction package brings along a couple of visual upgrades for the interiors and makes the famous roadster a tad classier. 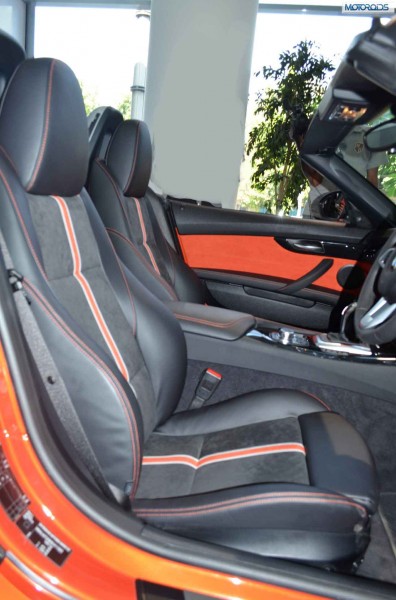 Both the variants of the updated Z4 come with sport seats for both the occupants and the seats are being claimed to offer “lateral support for spirited driving”.

SunReflective Technology ensures that the leather upholstery heats up very little even in direct sunshine.

The new BMW Z4 also features the Driving Experience Control switch, which enables the driver to choose between different driving modes to suit the driving conditions. (Comfort, Sport and Sport+). 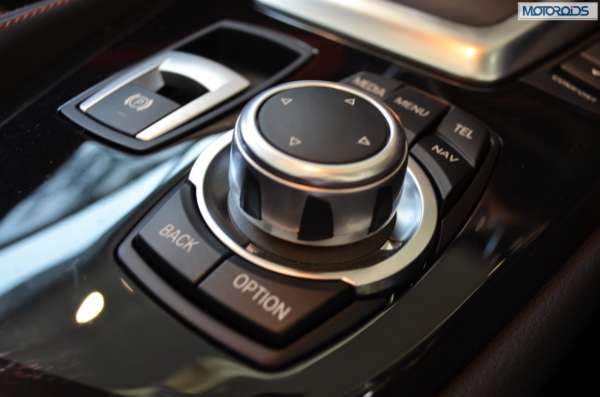 Go to next page for 2014 BMW Z4 Facelift Image Gallery