In India, the latest iteration of the Yamaha YZF-R15 will be the most eagerly anticipated motorcycles of 2017. Regarding its appearance, various spy images have given a sneak peek into the styling direction that the baby of the YZF series will take.

Based on those images, these latest renders by Julak Sendie Design try to imagine how the final product will look like. And by the looks of it, the renderings come quite close to predicting the real deal. 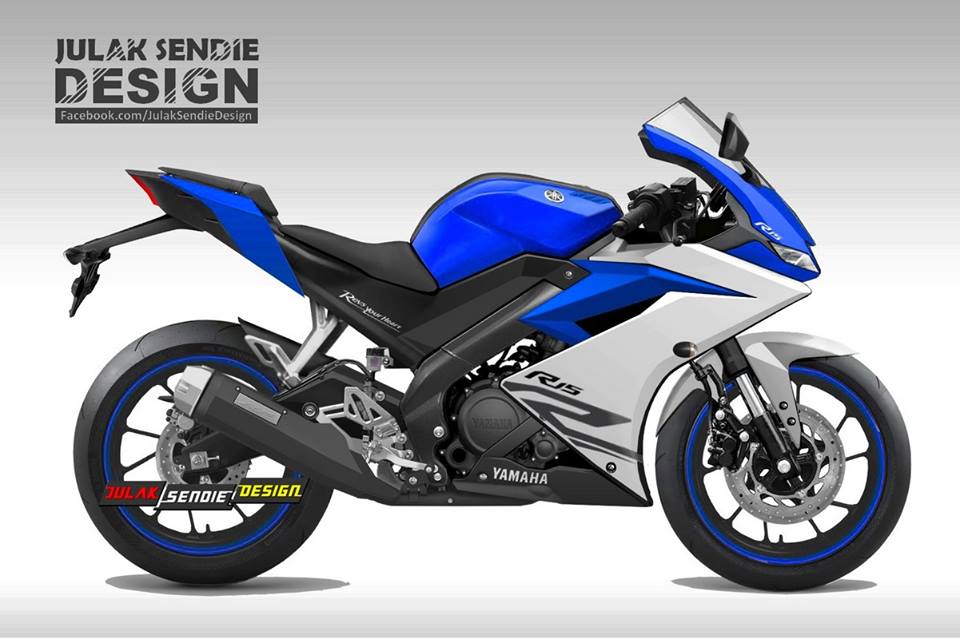 The new R15 Version 3.0 will feature a completely redesigned full fairing that’ll be somewhat inspired by the one on the R25/R3. Up front, the new R15 will gain a new, distinctive visual identity courtesy a pair of slim LED headlamps with a ram air intake in their midst.

The intake, inspired by the likes on the R6 and R1, may or may not be functional. A few other highlights include a redesigned front mud-guard, refreshed rear view mirrors, sleeker turn indicators and a smaller but wider windscreen as compared to the R15 Version 2.0. 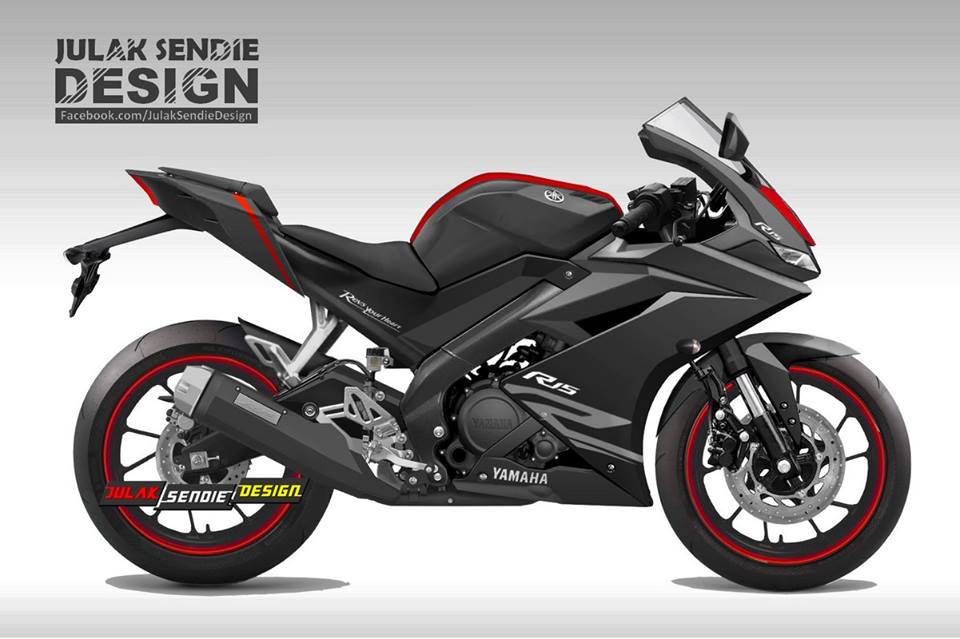 The new Yamaha YZF-R15 Version 3.0 will also come with USD front forks, a fully digital instrument cluster and of course, the evergreen Delta Box frame. As for the engine, word has it that Version 3.0 will employ a completely new, single cylinder, liquid cooled, fuel injected 155cc mill. 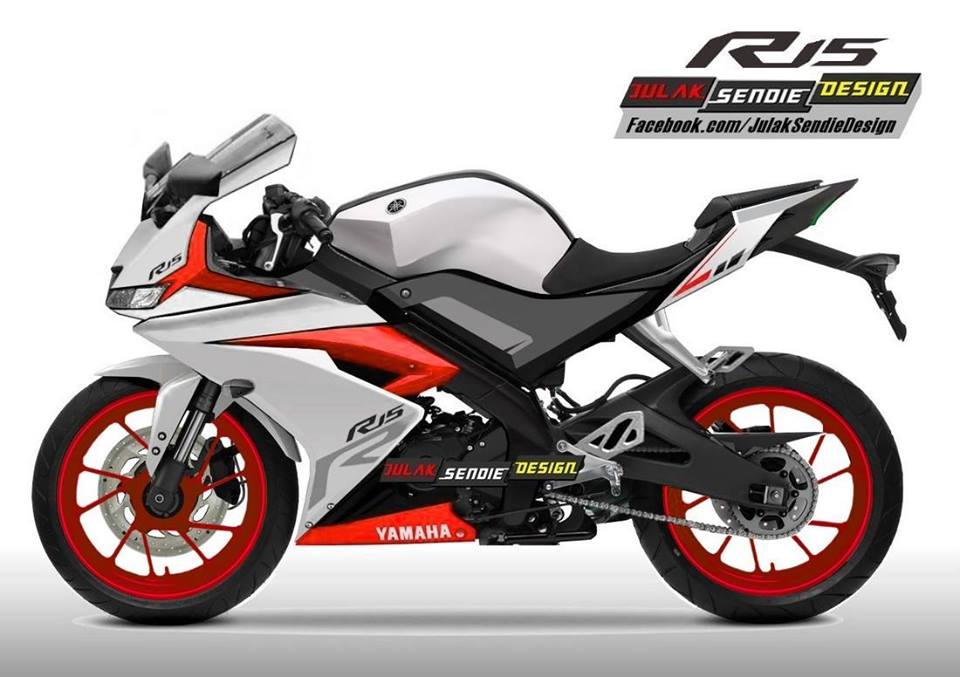 Details about it remain scarce; though expect more power and better distribution of it courtesy Variable Valve Actuation (VVA) technology. Regarding safety, the R15 Version 3.0 is expected to sport ABS, at least as an option. The Yamaha YZF-R15 Version 3.0 will launch in the coming months, so stay tuned!