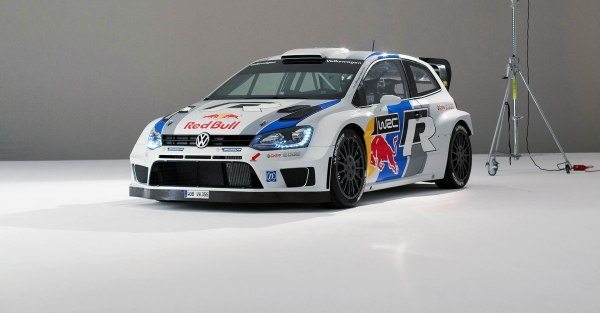 Sébastien Ogier and Andreas Mikkelsen will take part in the “Fafe Rally Sprint” for Volkswagen for the first time. Lining up in their Volkswagen Polo R WRCs, the show event on 6th April includes one of the most famous jumps in rallying, which is taken at full throttle. More than 100,000 spectators are once again expected to line the 6.34-kilometre route.

The Rally Portugal begins just five days later and is already Ogier’s and his co-driver Julien Ingrassia’s fourth WRC round of the season in the Volkswagen Polo R WRC. The Frenchmen have claimed top step on the podium at the Rally Sweden and, most recently, at the Rally Mexico. Mikkelsen, winner of the 2011 and 2012 Intercontinental Rally Championship (IRC) in a Skoda Fabia S2000 will not only be making his first appearance of the WRC season, but also his debut in the Volkswagen Polo R WRC alongside his new co-driver Mikko Markkula. The third team flying the flag for Volkswagen at the Rally Portugal is Jari-Matti Latvala and his co-driver Miikka Anttila.

On the first weekend of racing of the FIA Formula 3 European Championship 2013, 21-year-old Harry Tincknell of the Carlin team got off to a good start in the new season in Monza. After three races on the 5.793-kilometre-long Autodromo Nazionale di Monza, Tincknell of the UK is third in the overall rankings. He is therefore in a promising position ahead of the second weekend of racing in Silverstone on 13th/14th April. In addition to Carlin, ma-con and Van Amersfoort Racing with a total of eight drivers are also competing in vehicles featuring the powerful Volkswagen Formula 3 engine in this season of the FIA Formula 3 European Championship.

The new Volkswagen Scirocco R Cup season gets underway on 4th May. In order to ensure that the opening round at the Hockenheimring is a complete success, 17 Volkswagen Scirocco R Cup drivers put the finishing touches to their physical conditioning during a five-day fitness camp in Oberjoch, Bavaria. The highlight of the demanding training programme was a biathlon relay, which saw all the drivers in action on the Biathlon World Cup route in Oberstdorf. Fitness coaches also gave the participants a basic introduction to the kind of balanced diet that they, as sportsmen and women, should be following. The timetable also included a wide range of training sessions dealing with mental fitness. The 2013 season of the Volkswagen Scirocco R Cup comprises six race weekends, with the finale taking place in Hockenheim on 19th October.

Kosie Weyers is currently the man to beat at the Volkswagen Polo Cup in South Africa. Two rounds into the 2013 season, Weyers (Engen Primax), at the wheel of the Volkswagen Cup-Polo, already holds a commanding 27-point lead over second-placed Shaun La Reservée (Alpine Motors/Compendium Insurance). Weyers laid the foundation for his success so far at the season-opener in Johannesburg at the end of February, when he clinched victory in race two. Last weekend, Weyers continued his impressive start to the season with another two wins at the Killarney Race Track in Cape Town. The third round of the Polo Cup South Africa takes place at the Aldo Scribante Raceway in Port Elizabeth on 6th April.