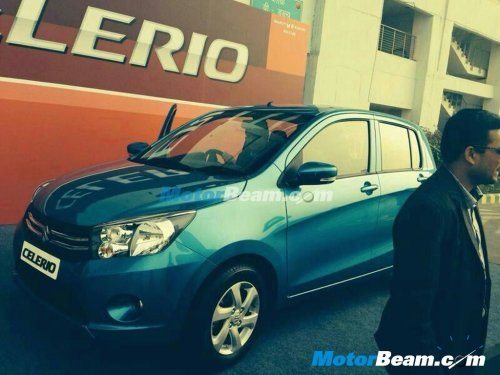 We have been closely following the developments associated with the upcoming Maruti Suzuki Celerio hatchback. Only a couple of days ago, we reported that the Celerio’s AMT (automated manual transmission) will be marketed as ‘EZ Drive’. This revelation came from the first teaser pics for the Celerio and now, what we have here today are a couple of new Maruti Suzuki Celerio pics that show the upcoming model in all its glory!

As we have been saying, the upcoming Maruti Suzuki Celerio will replace the Alto in most international markets. In India though, the highly popular Alto 800 will continue to soldier on and the Celerio will be a replacement for the low-selling AStar and the defunct Estilo. 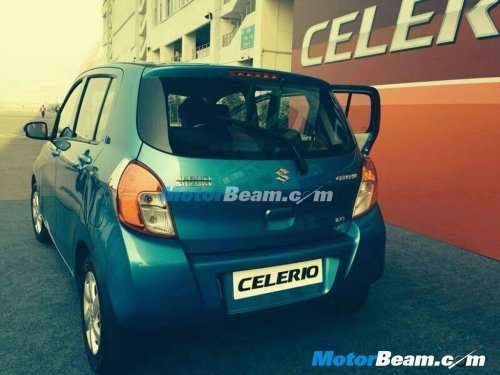 Powering the upcoming Maruti Celerio ‘EZ Drive’ will be the same 1 litre, 3 pot, K10 petrol engine that can be found under the hood of AStar, Estilo and the WagonR. This motor has a max power rating of 67PS and has been loved by us for its peppy performance. The new Maruti Celerio EZ Drive will make is public debut at the upcoming Auto Expo 2014 and is expected to go on sale shortly thereafter. (Click here to read about all the 40 odd cars that will be launched in India in 2014)