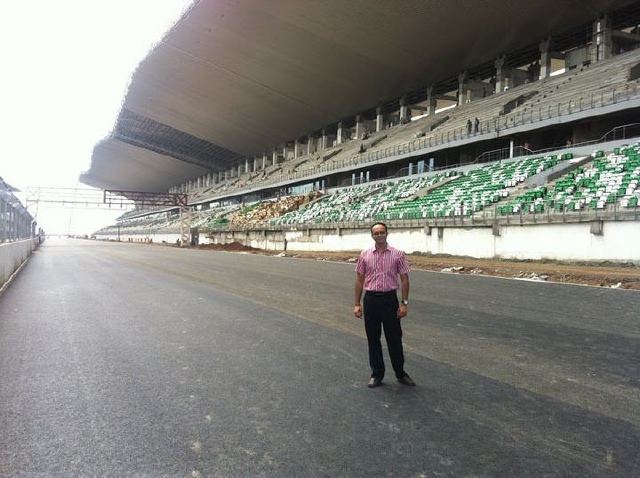 The first ever Indian F1 GP is just around the corner and we still haven’t seen any ‘real world’ pictures of what the state of affairs at the Buddh International Circuit is as of now. The people at JP Group have been extremely strict about letting anyone photograph the circuit till now. The company, however, has now released a fresh set of pictures depicting how much the construction work at the site has progressed. The images were released by JP Sports yesterday evening.

Having a look at the images, the circuit doesn’t seem to have been completed yet, but it isn’t too far from reaching the final stage either. The structures and amenities seem to be in place technically, but finishing touches still need to be given. The Indian GP is a little more than 30 days away, and having a look at these images, it doesn’t seem too difficult for JP Sports to complete the project in time.

Have a look at these images, and do let us know whether you would have been satisfied with the progress had you been Bernie Ecclestone.