The Defender from Land Rover needs no introduction as it is universally considered as the epitome of a true blue SUV. With more than 70 years of legacy, the Defender has been one of the most popular off-roaders in the world.

While for personal use, the SUV has hardly faced any complaints over the years, for commercial purposes, the vehicle has faced criticism of the launch versions being too posh and high-spec for them to be true workhorses. However, the British automaker has decided to address this issue with the latest development. 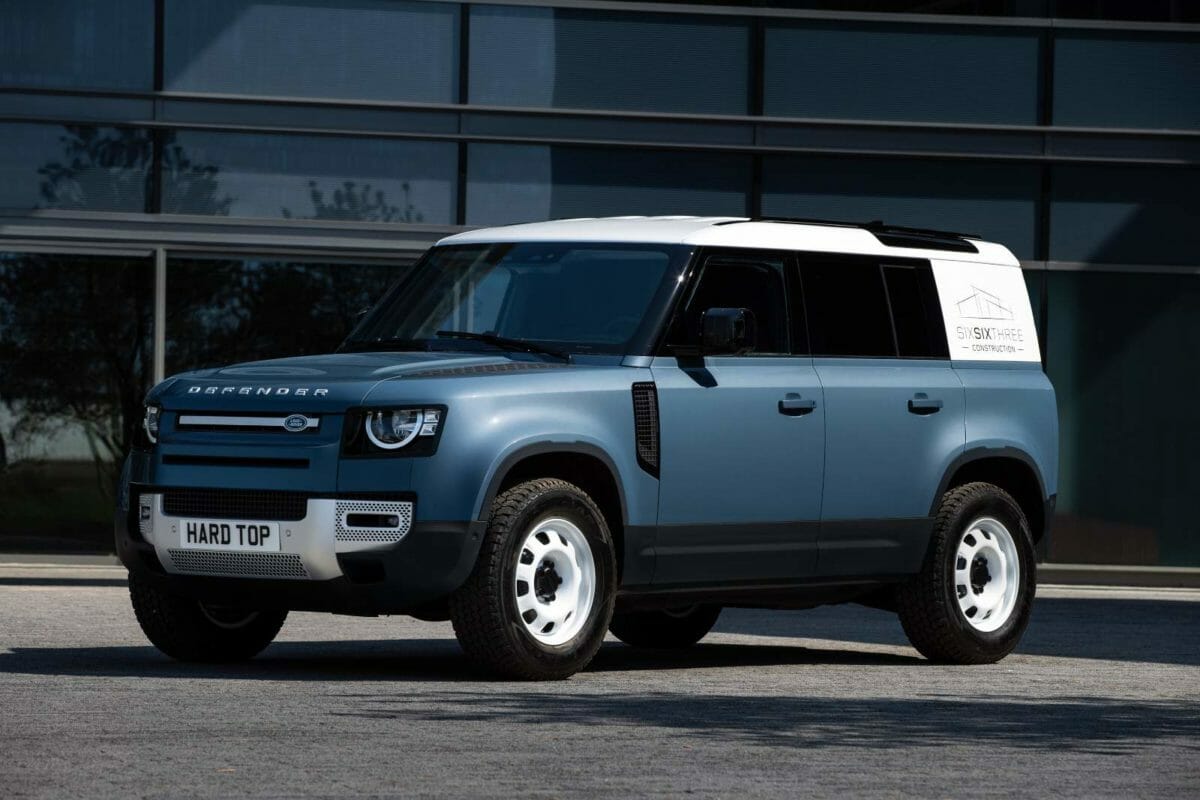 The Hard Top name dates back to 1950 when the introduction of demountable Hard Tops gave early Series Land Rovers added security and protection from the elements. New Defender Hard Top continues this ethos, sharing its fixed metal roof and silhouette with the iconic original. While the revived Defender has copped some criticism from purists for leaving rough and rugged origins behind, in favour of a much more modern construction and platform, the Hard Top range is set to keep things relatively simple.

Land Rover has experienced unprecedented global demand for New Defender 90 and 110 since its successful world premiere last September and the new Hard Top models will be the next additions to the legendary bloodline. Configured as a Light Goods Vehicle, full specification details of the Defender Hard Top are still to come, but the 4×4 specialist has offered a first look and some early details for the production version of what will essentially be a stripped out version of the new Defender, having previously shown the commercial version in concept form at the 2019 Frankfurt motor show.

The 90 and 110 Hard Tops will both feature independent coil-sprung suspension, with advanced electronic air suspension also available on the 110. Both set-ups will provide outstanding off-road geometry, with a ground clearance of 291mm, while the 110 Hard Top will have an approach, break-over and departure angles of up to 38, 28 and 40 degrees respectively (in Off-Road height). Full technical details will be confirmed later this year. 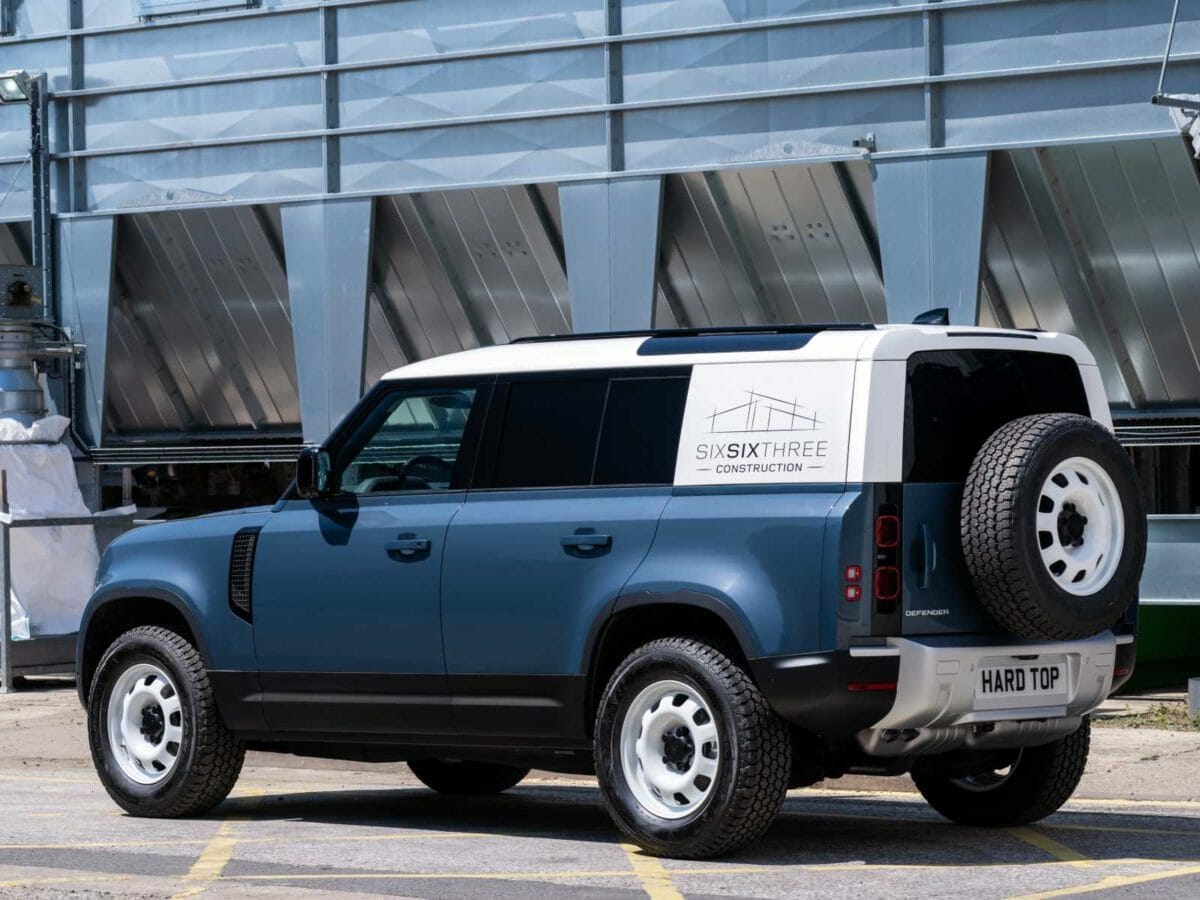 Maximum towing capacity is stated at 3500kg and interior capacity will favour cargo over people with no second or third-row seating available. The flexible cabin has no second or third-row seats, but the optional front-row jump seat means it will still accommodate up to three people. Land Rover’s clever ClearSight Rear-View mirror system preserves rearward visibility when the jump seat is occupied, or when the load space is full. It uses a live video feed from a rear-facing camera to give drivers an unobstructed view at all times.

New Defender Hard Top will be a world-class tow vehicle, with a raft of technologies to help hitch, drive and reverse safely while pulling a trailer. Land Rover’s intelligent Advanced Tow Assist system takes the stress out of difficult reversing manoeuvres by letting drivers steer trailers with their fingertips using a rotary controller on the centre console. The maximum wading depth of 900mm is also supported by a new Wade programme in the Terrain Response 2 system, which ensures drivers can ford deep water with complete confidence – so important supplies will always get through. 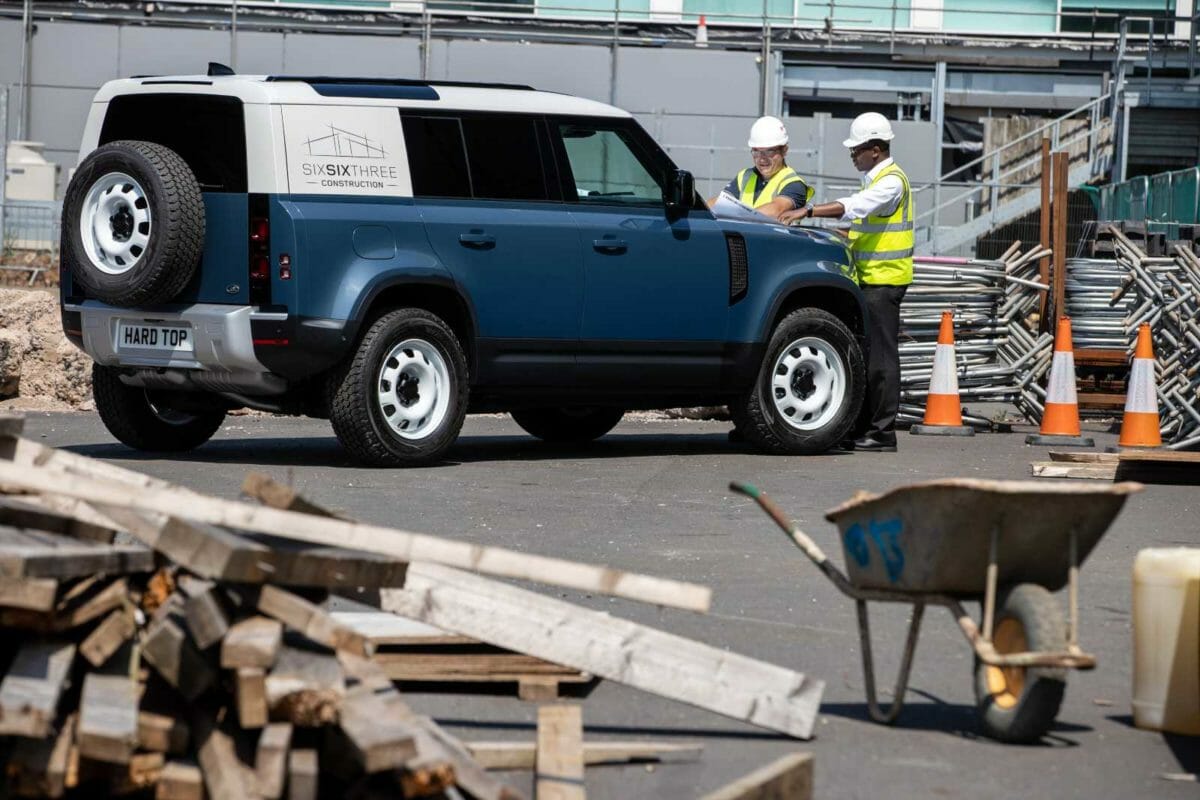 Land Rover’s state-of-the-art Pivi Pro touchscreen infotainment will provide immediate and intuitive control of all the major vehicle functions, including seamless smartphone integration using Apple CarPlay and Android Auto. Twin eSIM technology underpins Pivi Pro and supports Software-Over-The-Air (SOTA) capability, allowing customers to download updates for a variety of vehicle systems. For professionals using the Defender Hard Top for business, this will minimise time spent off the road as SOTA updates can be completed without the need to visit a Land Rover retailer.

In addition, the New Defender Hard Top models will feature a comprehensive suite of Advanced Driver Assistance Systems. Land Rover’s 3D Surround Camera system provides an all-round visualisation of the vehicle on the central touchscreen, helping drivers manoeuvre safely in tight spaces or position the vehicle close to items ready for loading.  Convenience will be enhanced with the Remote smartphone app, which will allow businesses to keep track of the location, fuel level and journey history of their vehicle remotely, for ultimate peace of mind and security.

Land Rover has yet to announce which engine options will be available for the Hard Top variant. Although details remain light at this stage, pricing is set to start from £35,500 plus taxes in the UK. It will most probably make its way to European markets as well as North American markets by next year.