Home News Lamborghini planning an 'everyday' car: God save the world from the catastrophe 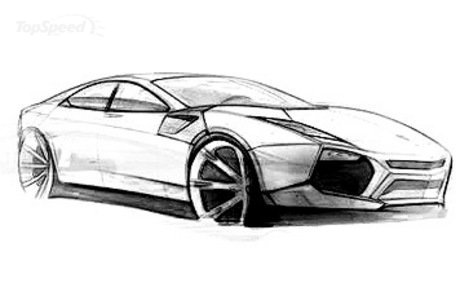 A sketch of the Lamborghini Estoque four-door saloon

Lamborghini is planning to add an ‘everyday’ model to its lineup. As if there aren’t enough companies in the world doing just that. Company CEO Stephan Winkelmann made the statement recently. For god’s sake, don’t put in place plans to destroy one of the last few unadulterated sports car brands in the world. We already have enough of those Cayennes and Panameras to ask for more. ‘We are going to have a third model. It has to be an everyday car. We want to have a car which is able to be used on a daily basis’ said Winkelmann.

Lamborghini first gave us the scares when it proposed the Estoque saloon at the 2008 Paris Motor Show. Thankfully the project never got the green light and the world was saved from a disaster. Seems like something sinister is cooking now, and the news is sure to bereave me and several other Lamborghini fans of at least a night’s sleep.

The decision seems to be making good business sense for Lamborghini. With sales reaching a plateau after 2008, the company needs more models to add volumes. Which is a great idea, but why spoil the pedigree to achieve the target? How about a slightly ‘softer’ sportster which is not as hardcore as other Lamborghinis, but doesn’t carry flab around its waist to sell in bigger numbers? Something like the Ferrari California. But a four door family sedan?! Please spare us the hideous sight, Lamborghini.

We are going to give a big booo to the new ‘everyday’ Lamborghini if a four-door family sedan is what the Italian carmaker is contemplating. However, if it’s still a track car which is slightly sobered down to bring down costs it may not sound so criminal. What do you think? Would you want to stay alive in a world which has a Lamborghini four door sedan?