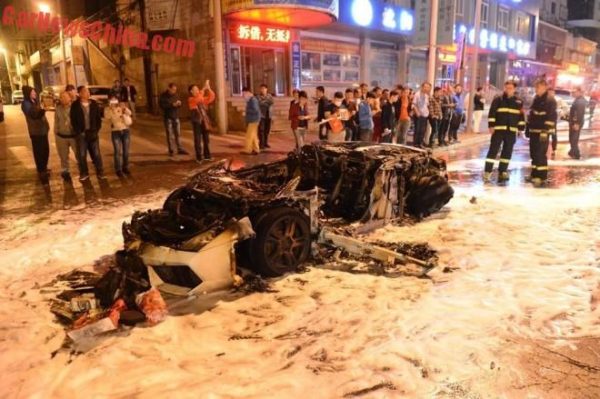 Another one bites the dust, this time in China. A Lamborghini Gallardo burnt itself to the ground, post an inferno that started in the engine bay and engulfed the white bull in its embrace. Unfortunately for the owner, this happened to be one of the last units of the Gallardo produced by Lamborghini and was bought only a couple months ago. 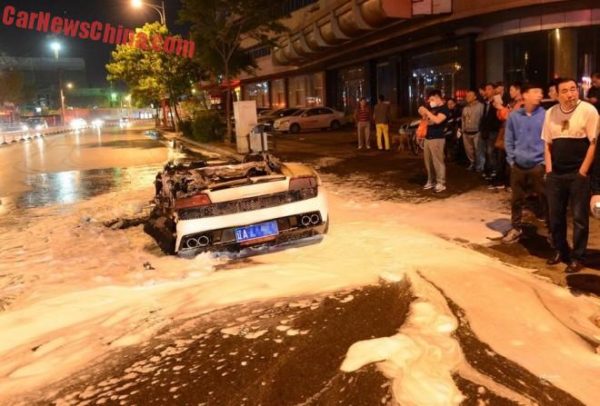 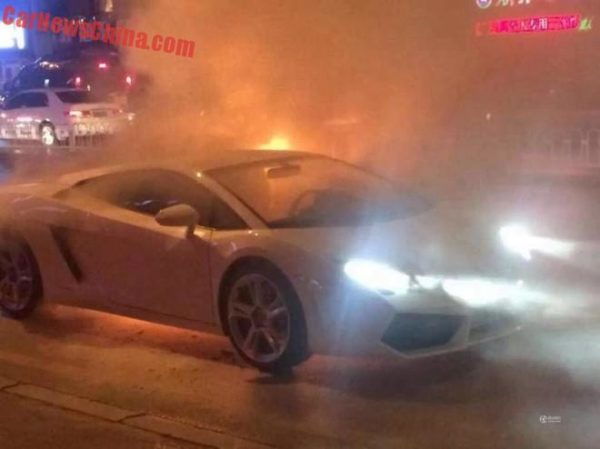 The incident took place in the early hours of May 6th, in the city of Shenyang, China. Fortunately, the driver, who is the younger brother of the actual owner, managed to escape in time and only sustained minor injuries. Seen engulfed in foam after fire trucks killed the flames, not much is left of the supercar, except for a few bits which the owner can possibly use as fancy furniture in his house. Another sad day for a super car. Has to be something about China though, it was only a couple weeks ago when a yellow Ferrari immolated itself on a busy street.

Lamborghini
,
Lamborghini Gallardo
,
News
,
Motoroids Comments
Facebook Comments
Leave a Reply Cancel reply
Popular Stories
This Digital Render Of Tata Motors’ Premium Sedan Is Full Of Sharp Imagina...
Hyundai Creta 7-Seater Version: What Could It Be Like?...
Five Most Affordable Automatic Hatchbacks in India...
All The Cars You Can Buy With A Factory-Fitted CNG Kit...
Royal Enfield Bullet 350 BS6 Launched...