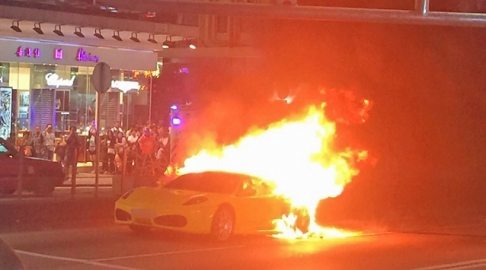 The owner of this yellow Ferrari F430 is a very lucky man indeed. A survivor of the Manila hostage crisis, he cheated death for the second time when smoke started pouring out from the engine of his car and within a few moments, the entire car was engulfed in an inferno. 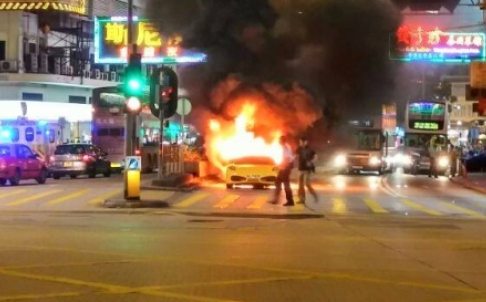 The Owner, Joe Chan Kwok-chu escaped the incident unhurt from the baking hot Ferrari he bought in 2008. Local experts in mechanical engineering feel that the cause of the fire must’ve been petrol leaking onto the engine/exhaust, or a sort circuit caused due to overheated wires. Chan also managed to pass a police breath test which confirmed that he wasn’t under the influence of any funny fluids. 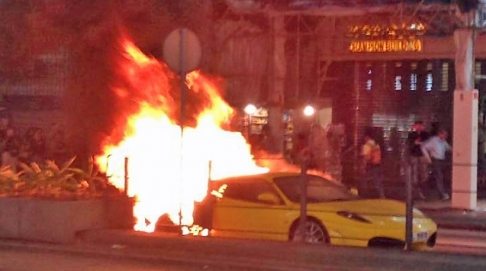