Ladies of Harley (LOH), the exclusive Harley-Davidson chapter for women is geared for its second official ride across the Golden Quadrilateral from April 7th to 21st, 2018.

With Daman as the ride flag off point during the Western H.O.G. Rally, seven Ladies of Harley members from all over the country will make their way across one of the finest highways of India. Covering nearly 6,000 kms in 14 days while traversing through Udaipur, Delhi, Kanpur, Aurangabad, Kolkata, Bhubaneswar, Vijayawada, Chennai, Bangalore, Kolhapur, Mumbai, the ride will culminate in Daman on April 21st. 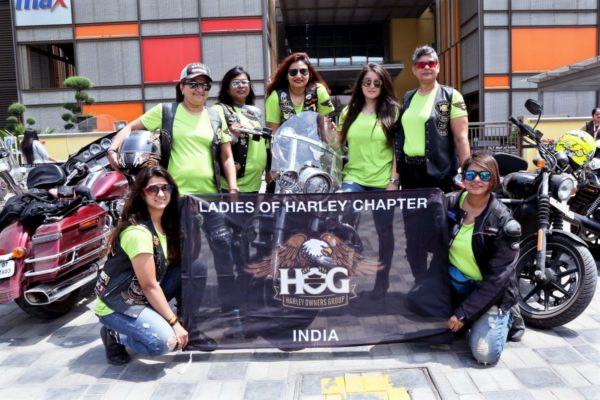 Ensuring a warm welcome for the Ladies of Harley riders as they ride into their cities, Bike Nights with an exciting line up of activities have also been organized by fellow H.O.G. members of Udaipur, Capital (Gurugram), Red Fort (New Delhi), Kalinga (Bhubaneshwar), Marina (Chennai), Bison (Bengaluru), Warrior (Kolhapur) and Seven Islands Chapter (Mumbai).

Additionally, Ladies of Harley was also welcomed at DLF Mall of India, Noida with a special afternoon planned for the riders. Joining a gathering of nearly 1,00,000 people united by their passion for riding, the Ladies of Harley will also bring in Harley-Davidson’s 115 years celebration in Prague from 5th to 8th July, 2018.