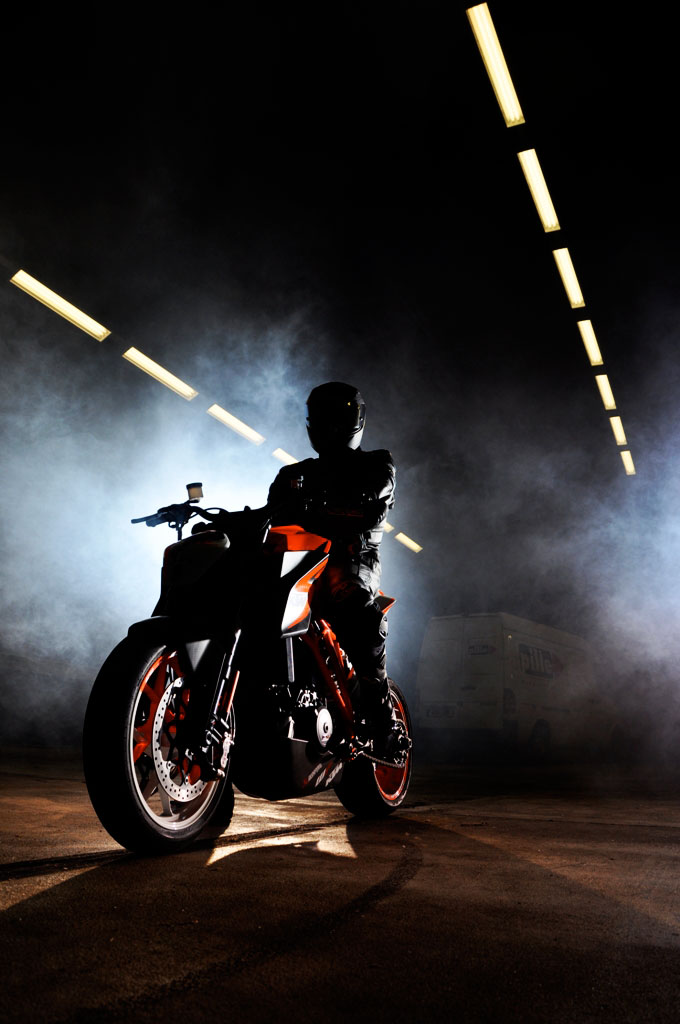 There are some optimistic rumors of a mystery sound put up by KTM on its blog being that of the upcoming Duke 390. We can only get amused by the assumption, as the sound of the engine is very different from a typical single cylinder mill. It sounds too revvy for a single and is surely emanating from a high-revving multi cylinder mill. Here’s the sound clip

Only to substantiate our assumption, KTM has put some teaser images of the new bike on its blog, and clarified that it is indeed a big bike with a cubic capacity of 1290cc.  The Austrian company has also teased some images, which give the identity of the new bike away. It is indeed the new 1290 superduke which will set a new benchmark for power and performance in its class. 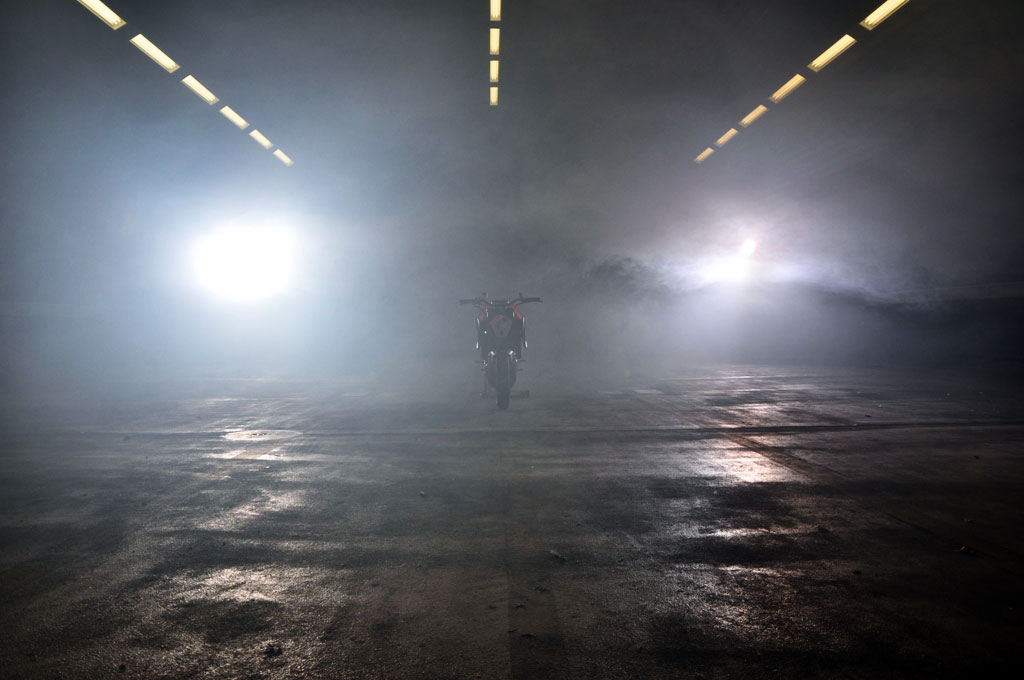 Powered by a monstrous 1.3 liter V-twin, the all-new 1290 Super Duke will see KTM completely overhaul the 990 Duke for the bigger, better version. The new bike will feature an LC8 engine, a brand new trellis steel frame and an exotic single sided swing-arm to replace the double sided unit on the 990.

The new 1290 will also get a whole packet of electronic gadgetery which may include traction control, various ride modes and ABS.

Those images put an end to the speculation by many a website that the sound in this post is that of the upcoming Duke 390. Just for the sake of information, the new 390 Duke will be powered by a single cylinder 373cc engine. The new bike is expected to dish out 45 horses and is expected to be launched in India in 2013. The bike will most likely be produced by Bajaj at its Chakan plant, and a Pulsar model based on the powerplant will soon follow.