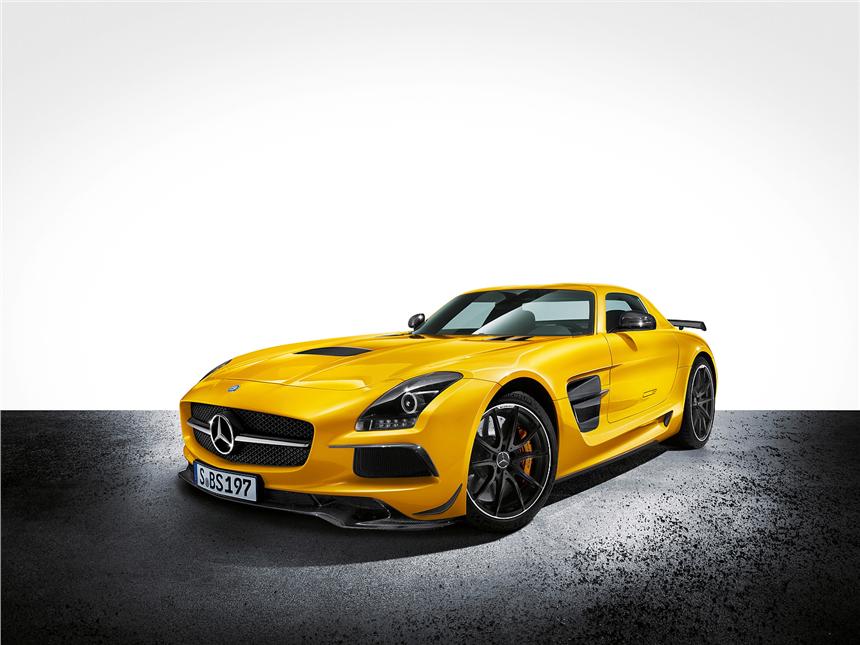 Mercedes-Benz have revealed the SLS AMG Black – one of the fastest cars to have rolled out of the fabled stable. Powered by a 6.3-litre V8 engine with 622bhp on tap, the SLS AMG Black is capable of a 0-100km/h sprint in 3.6 seconds. Top speed is 196 mph.

The SLS AMG Black is lighter by 76 kg when compared to the stock version, has about 60 more bhp and uses a lot more carbon fiber in its construction. Top speed, however, is 1mph less than the standard machine as new aerodynamics have increased drag.

The new moel also carries Black Series badge on the rear and a new exhaust system, made of titanium, and emits a different symphony. The track on the Black SLS is 20mm wider upfront and 24 mm wider at the rear. The suspension has been tuned for even better roadholding and stopping duties are handled by carbon ceramic brakes. 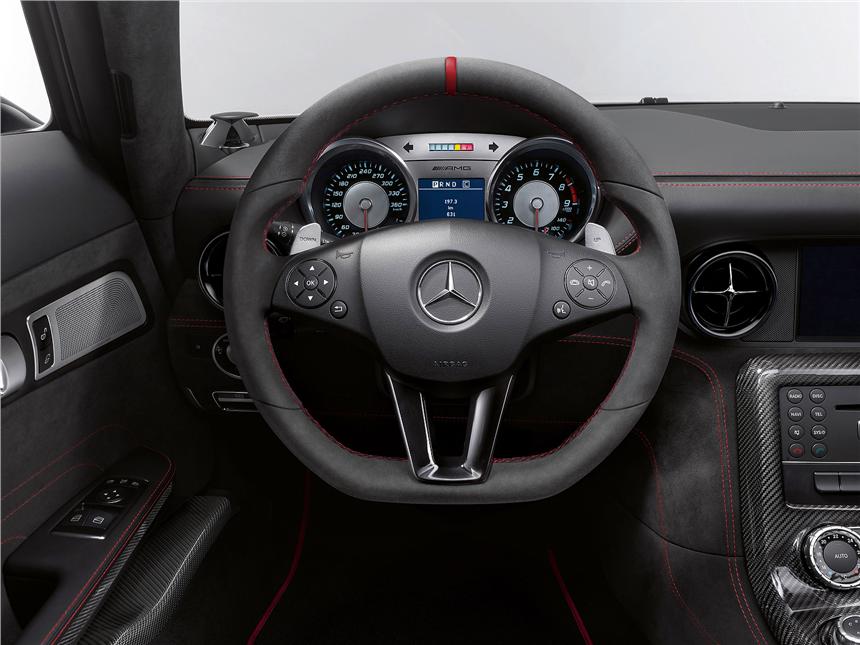 The COMAND system has been dumped to save weight. The whole interior is splattered with carbon fiber and hues of black and red. Expect the Black SLS to cost twice as much as the standard car when it goes on sale in June. The price tag would be about 2.4 crore.