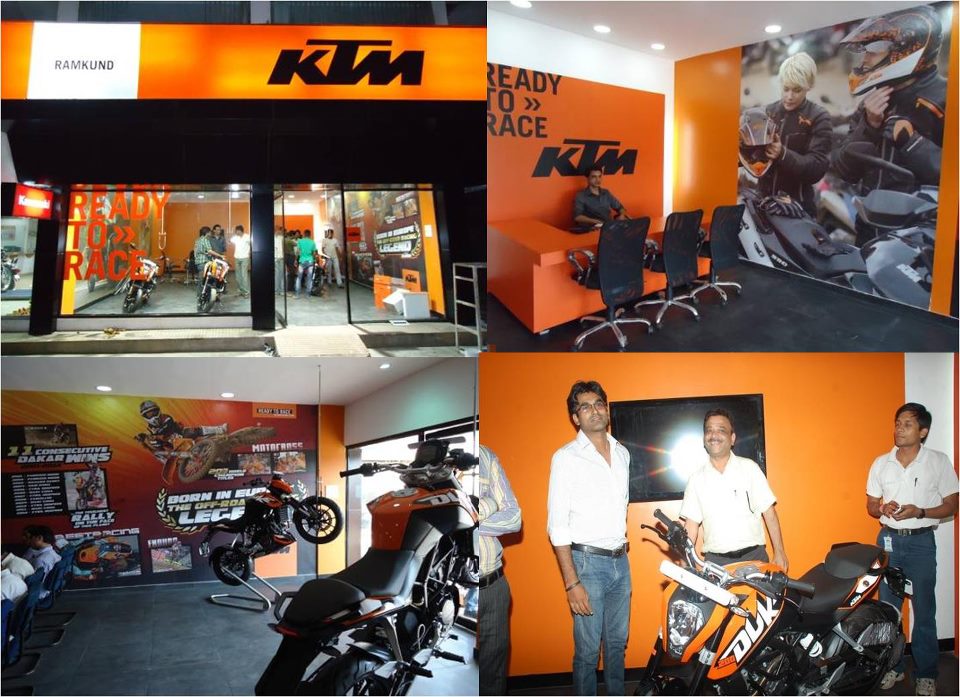 Bajaj KTM 200 Duke is quite responsible for changing the perception of Indian buyers about ‘non-faired’ bikes. The Katoom (as the Austrian bike is fondly called) has been successful in bridging the gap between the 150cc Yamaha R15 and the 250cc Honda CBR250R. Heck! The Duke has instead started eating into the sales of both the above mentioned machines. However, thanks to presence of KTM showrooms being limited only to the more popular towns, a large part of Indian biking enthusiasts have no choice but to wait for KTM to arrive in their town for sales and after sales services of its bikes. However, Raipur, the State capital of Chattisgarh, gets ‘Ready to Race’ with the launch of first KTM showroom in Chattisgarh. Abhinav from Raipur itself becomes the owner of the first 200 Duke to be sold in the state.