The only member from KTM Duke’s range of motorcycle with an underbelly exhaust, the Duke 200, seems to be ready for a upgrade in select markets. The KTM Duke 200 with a side mounted exhaust was showcased at the ongoing Indonesia International Motor Show. However, the India spec motorcycle, which recently received a BS-IV upgrade will most likely continue with the underbelly unit at least till the next emission norm upgrade arrives some time in 2020.

Check out the motorcycle in the video below:

The source report claims that the new exhaust results in a “very different” torque than before. We’d won’t be able to comment on that as we haven’t ridden the motorcycle. The new exhaust should offer a more sporty exhaust note over the motorcycles with a underbelly mounted unit. 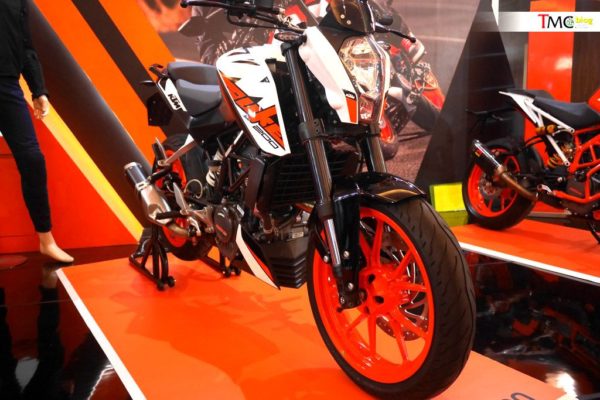 Apart from the addition of the new, side mounted exhaust, there are no visual changes to the Duke 200. Mechanically, the current gen Duke 200 uses a 199.5cc water-cooled, single-cylinder, 4-stroke engine that is tuned to develop 19 kW / 26 hp of power and 19 Nm of peak torque. The performance numbers on the motorcycle with the side mounted exhaust isn’t likely to be different from the current gen model. 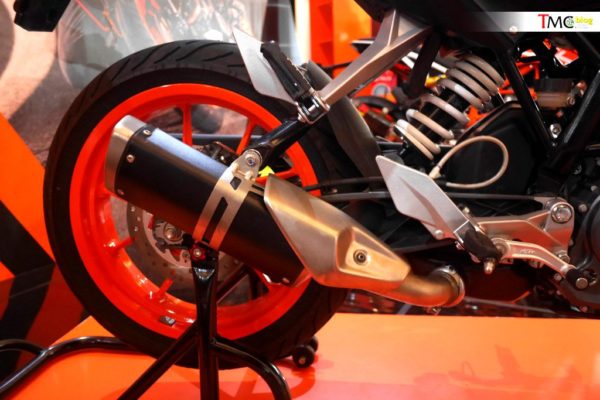 As aforementioned, the India spec KTM 200 Duke will most likely continue with the underbelly exhaust unit and that is not likely to change in the short term.