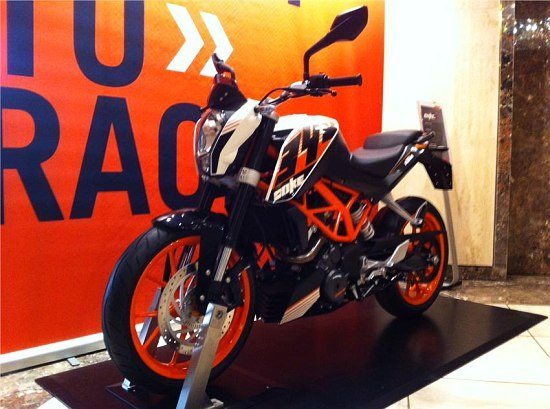 Today, the KTM 390 Duke is easily the most awaited bikes in India. The KTM 390 Duke will not just appeal to naked street bike lovers and KTM aficionados but might also be bought by those who were looking forward to the recently launched Kawasaki Ninja 300 but were put off by the pretty high price tag.

Our friends at ACI have come up with a new set of images that consists of pictures of almost all details of the KTM 390 Duke. 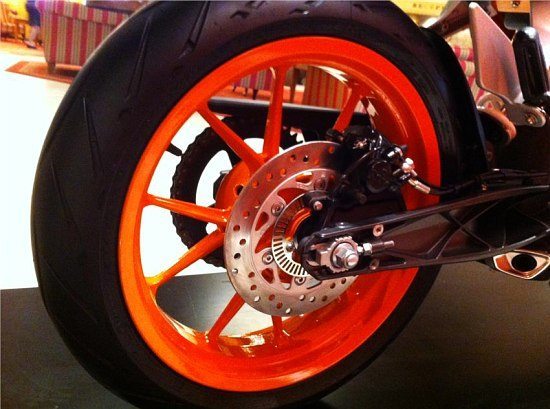 Before you point out at the the ‘non MRF Zapper’ like tyre tread pattern, let us clarify that the international spec’d Duke rides on Metzeler Sportecs tyres. While there is a section of media that says KTM 390 Duke would be launched in India with Metzeler tyres, there also are bike aficionados who say that the India spec’d bike would get cheaper MRF Zappers.

We have already seen a video which gives us an idea of the upcoming bike’s performance. The video shows the bike hitting a speedo indicated 100kmph in less than six seconds and reaching 130kmph in around 10 seconds.

It is also no secret that the KTM 390 Duke boasts of a well sorted out handling package. Together with a max power of 44 bhp, the new 375cc variant of the Duke range of motorcycles should be no less than a hoot to ride. This is not all as there are enough reports suggesting that the bike would have a satisfactory reply for those who ask ‘kitna deti hai?’

Bajaj Auto Ltd, the India partner of the Austrian bike maker, has already commenced the production of the new 390 Duke at its Chakan manufacturing facility and the not-so-high-price is courtesy heavy localization.