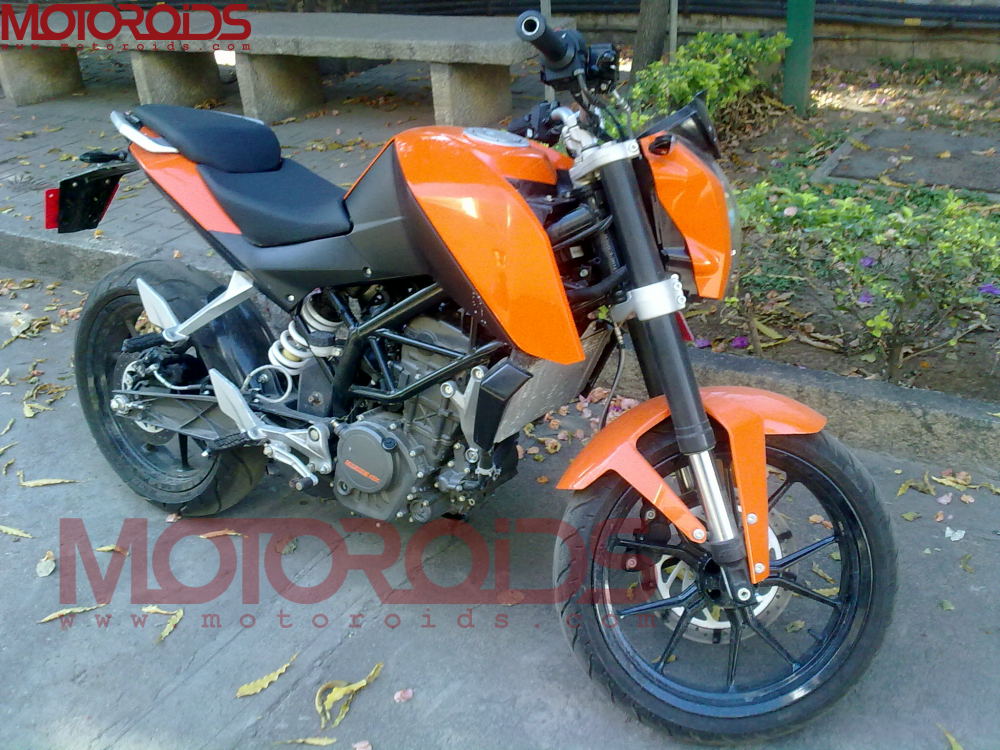 It would be difficult for us to let you know out source for this bit of info, but it cannot get more reliable. Bajaj Auto is extremely upbeat about the new KTM, and there clearly is a sense of euphoria about the product within the company – something which happens when you know that you have a winning product at hand. The new KTM 200 may well set a new benchmark for specific power output in the country among mainstream bikes. The power output would be ‘almost’ as much as the CBR250R, said our source. Now, the new Honda 250 produces a healthy 25bhp @8500rpm, the KTM can be expected to produce a very respectable 23-24bhp if the information is something to go by. The torque too would be healthy, further helping the rev needle climb up without a whimper from low and mid revs.

Also, unlike the Pulsar 220, which had issues with its FI, Bajaj-KTM have worked extra hard this time around to make sure that the injection system works flawlessly for super smoothness and super responsiveness for every twist of the wrist. The KTM 200, however, won’t have top-end performance as its USP. It would instead, boast of an extremely meaty mid-range which would help the riders pull away with great reassurance even in low and mid-revs, a boon to cut through traffic and for overtaking. It won’t thus be an out-and-out track tool but more of a real-life performer, with a great advantage within the city traffic owing to its healthy mid-range performance.

The KTM 125 has internationally been projected as a  lifestyle machine, especially for the young and the hip. The 200 too, shall be marketed with not just performance, but style and desirability as its USPs. We think with its oddball looks, and unique styling cues, it won;t be too difficult for the 200 Duke to help Bajaj-KTM realize their aspirations with the product.The KTM 200 can be expected by December 2011. Don’t expect Bajaj KTM to price it very aggressively. Our guess is that it would be priced at least at par with the CBR250R, if not more.

What do you think? Would it make the KTM 200 a more desirable machine for you at that price point? Do let us know.