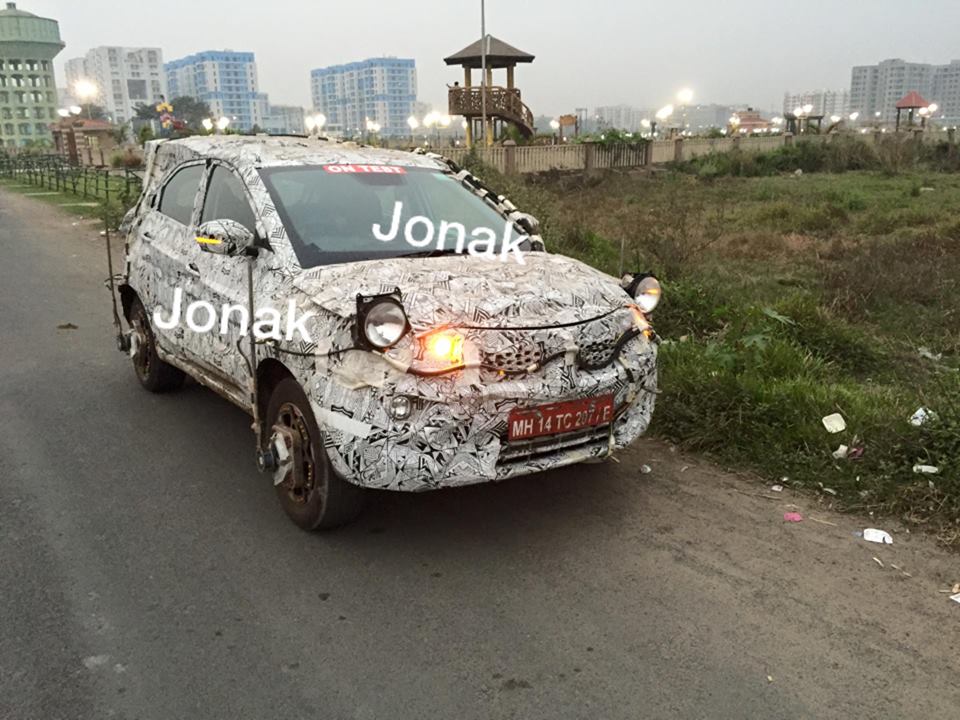 Tata Motors recently showcased a number of its products at the 2016 Auto Expo and one highlight was an upcoming compact SUV from the company. Christened as the Nexon and still under its final testing stages, it was spied on various occasions before. Now, a spy image of the test mule has surfaced online and this is probably the first instance of the Nexon being spotted after its showcase.

The spy image reveals the camouflaged compact SUV in the city of Kolkata, West Bengal. Based on the same platform that underpins the Zest and the Bolt, the car is technically a heavily reworked version of the Vista platform. The model showcased at the Auto Expo is more or less the production version of the Nexon and will carry most of the features seen on the show car. 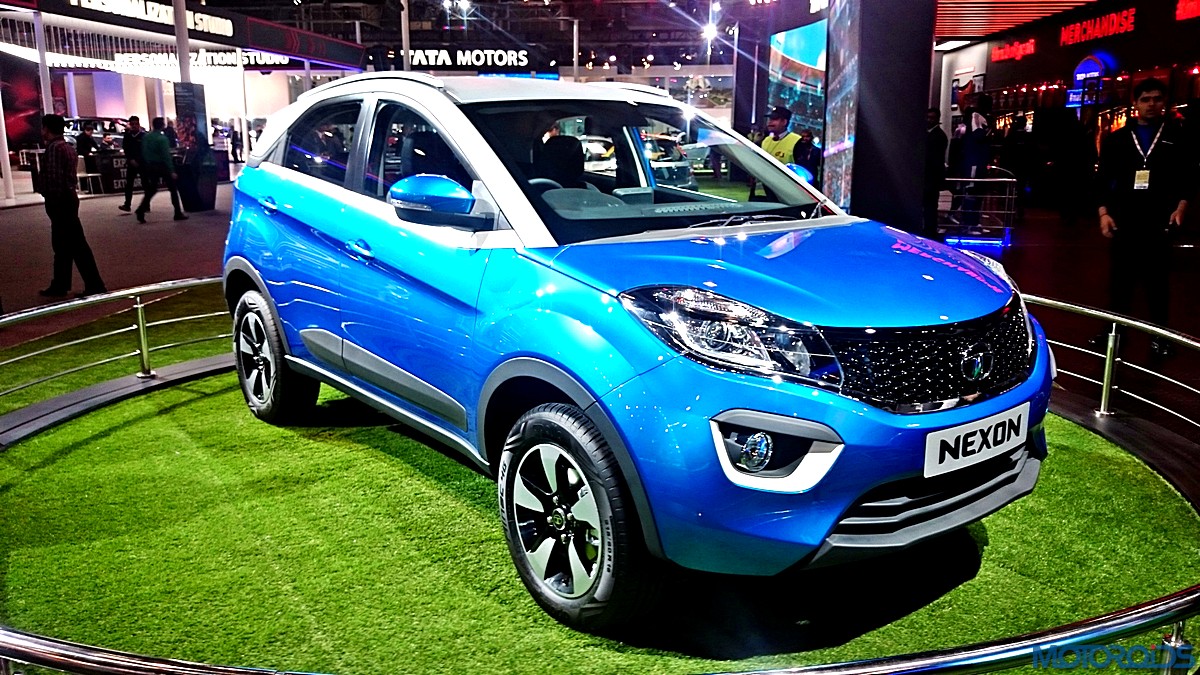 Powering the Nexon will be a turbocharged, 1.5-litre diesel engine that will produce approximately 110 PS and 260 Nm of torque. This engine will send power to the wheels with the help of a six speed manual transmission. Reports further suggest that the Nexon could also come with a 1.3 litre mulitjet diesel engine sourced from Fiat that is currently seen on the Zest and the Bolt.

Speaking about the design, the Nexon gets a hexagonal mesh grille in between and a projector headlamp setup with integrated DRLs. Further down, the Nexon receives foglamps that are separated by a 3 slat air dam right in the center. While these features are what the Nexon gets up-front, the rear profile receives a compact rear window, courtesy the sloping roofline while the tail lamps are bridged by a contrast colored strip. 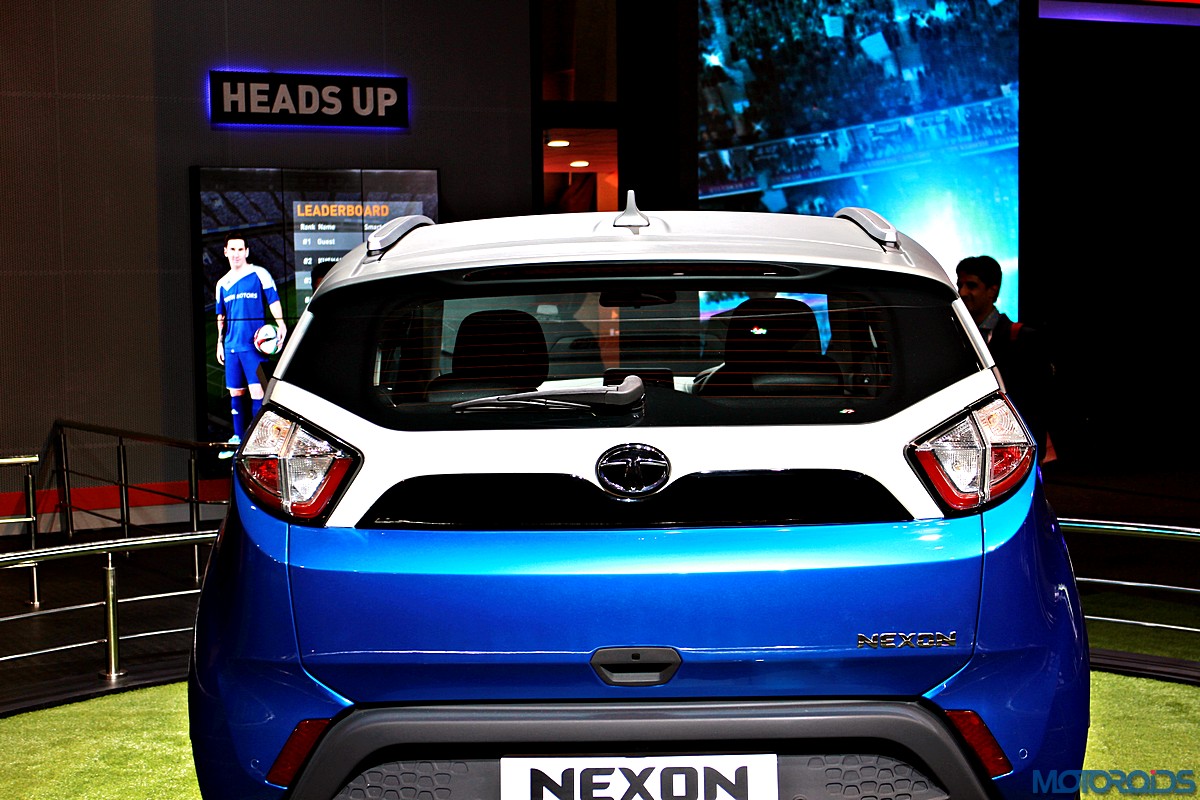 Although the interior specs remain undisclosed, the Nexon is likely to receive a 6.5″ inch touchscreen infotainment system sourced from HARMAN. The Nexon will be riding high with a ground clearance pegged at 200 mm and will feature 16 inch wheels.  Tata Motors is also expected to offer customization options for the Nexon, including body kits and contrasting colour combinations for the roof.

The Nexon is scheduled to launch during the festive season and will take on the likes of the Ford Ecosport, the Mahindra TUV 300 and the upcoming Vitara Brezza from Maruti Suzuki.