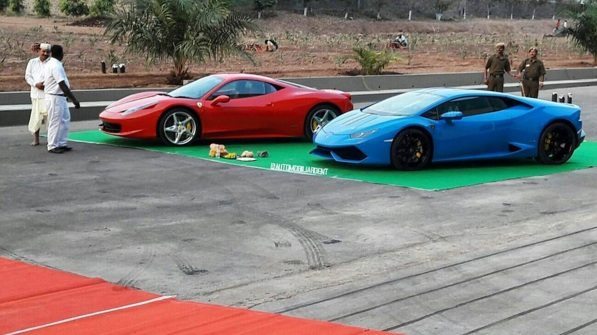 It’s that time of the year again when you dread to go out and prefer to chill in the comfort of your house or office. Summer slowly seems to be set in the city of Mumbai as winter takes an early exit. Not exactly the same for everyone though, as some parts of Maharashtra are also experiencing rainfall at this time of the year.

Speaking of rains, it was recently raining Italians in the city of Kolhapur, Maharashtra. Didn’t get us yet? Well we’re referring to the fact that this relatively small town received not one but two special automobiles all the way from Italy. Kolhapur recently woke up to witness the arrival of the two modern beauties – a Ferrari 458 Italia and a Lamborghini Huracan. 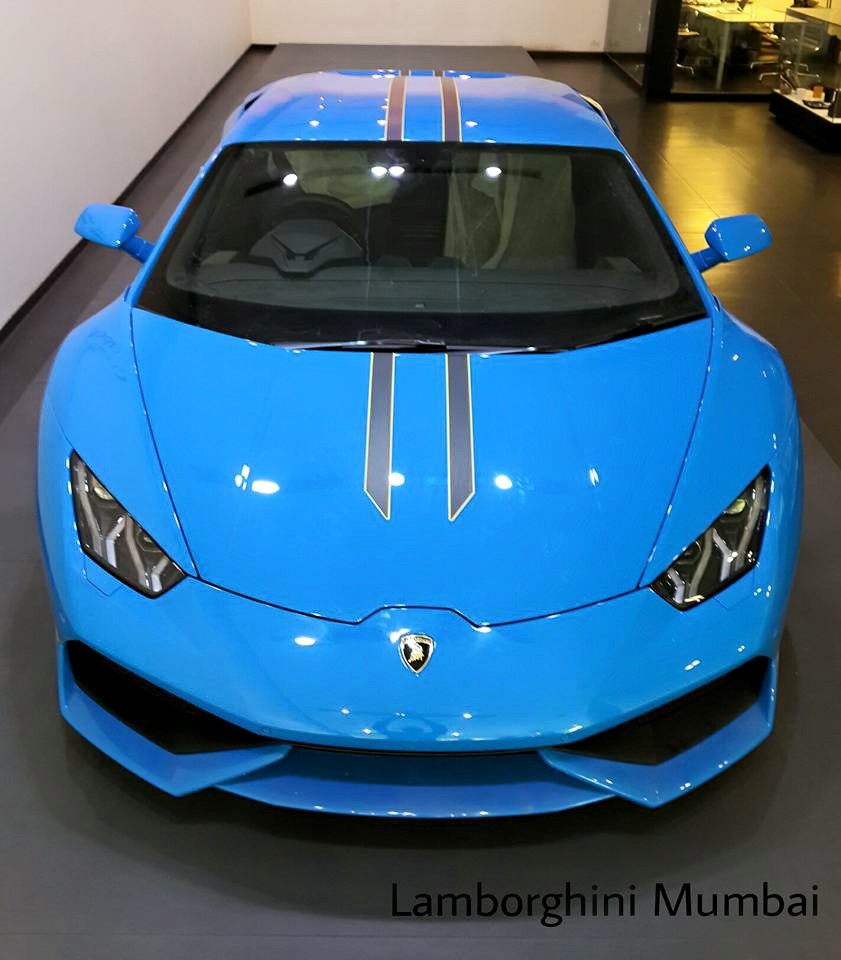 Both these stunning supercars are owned by the same man, the guy who is known for his vast collection of more than 120 supercars namely Shrenik Ghodawat; heir to the multi-million dollar Sanjay Ghodawat Group. This business magnate has a penchant for high-end cars and owns almost everything from classics to muscle cars and even has a helicopter or two in his collection.

Coming to his recent purchase, this young tycoon recently took possession of his vehicles after which he held a religious ceremony for their well being. Like the Ferrari 458 Italia is not a new thing for enthusiasts as well as followers, our focus today will be towards the Lamborghini Huracan. 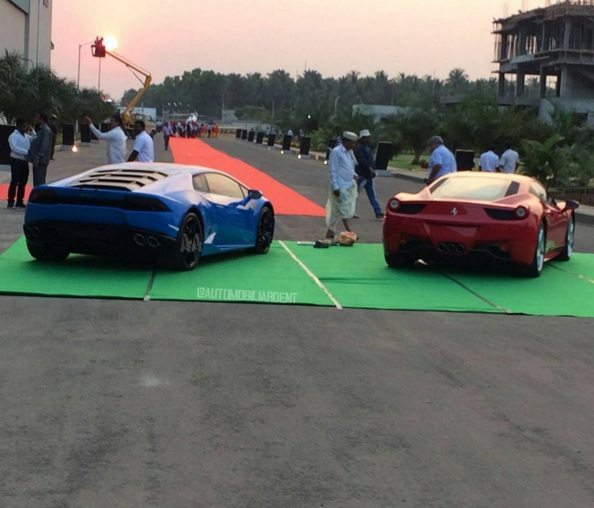 Ask us why we feel this Lamborghini Huracan is given more importance, and we would like to inform you of the fact that this Lambo is finished in an exclusive shade of Le Mans Blu, along with dual black coloured stripes with yellow highlights. The shade was ordered through Lamborghini’s Ad Personam (read/meaning: on an individual basis) program that gives the owner of the Lamborghini model the privilege to customize his favourite supercar based on his taste and class.

The Ferrari 458 Italia, on the other hand, came from another famous garage in Pune that houses a huge line-up of super-cars, the latest being the 458 Speciale Aperta. Have a look at the image gallery for the Le Mans Blu Lamborghini Huracan here: