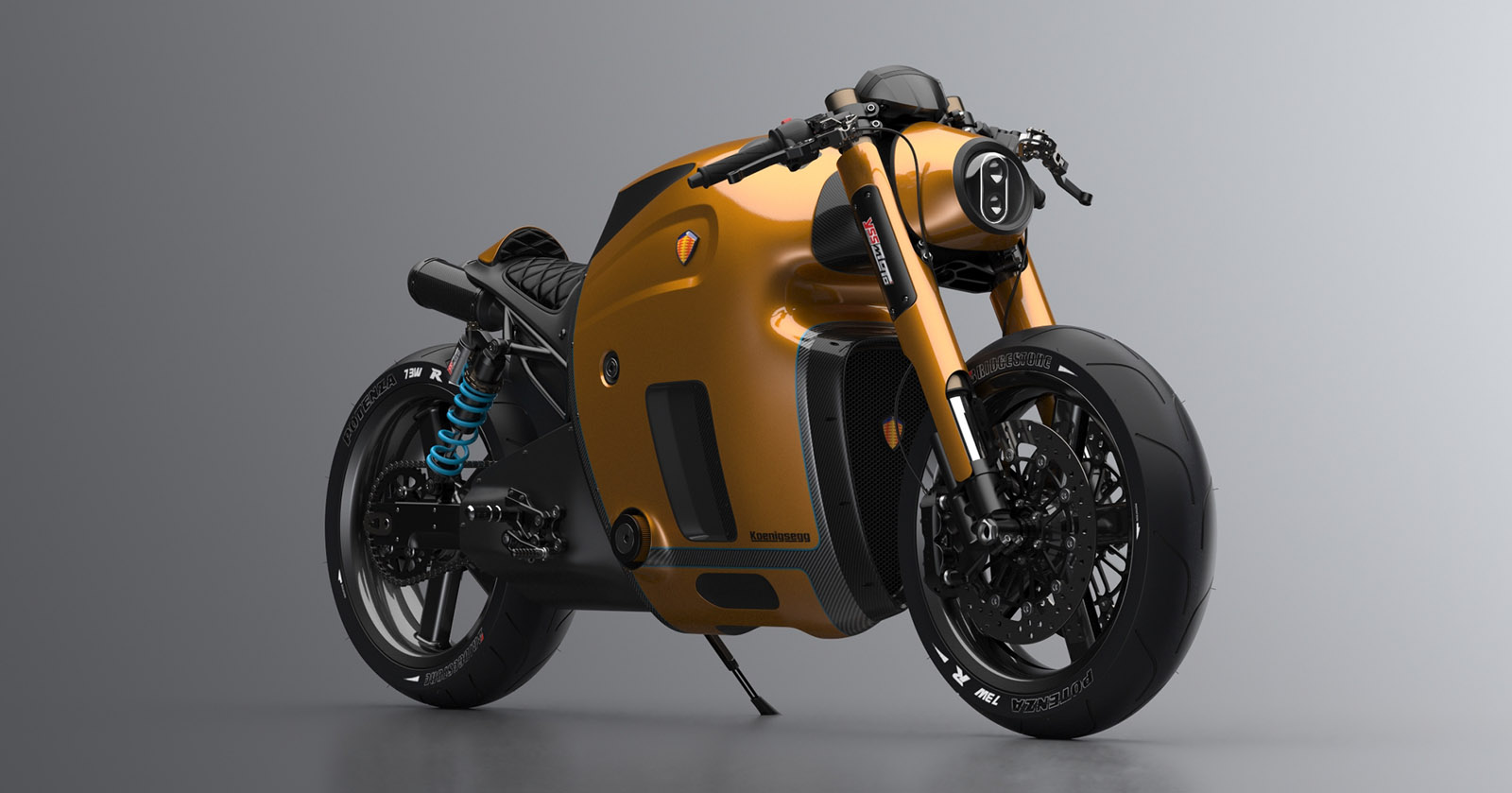 Koenigsegg is all about pushing the boundaries of stupidly fast motoring. For example, they make their own make high performance carbon fiber wheels that’ll hold their own even at 280 mph, and they’re hell bent on doing away with the conventional transmission altogether with their Direct Drive system on the Regera mega-car. 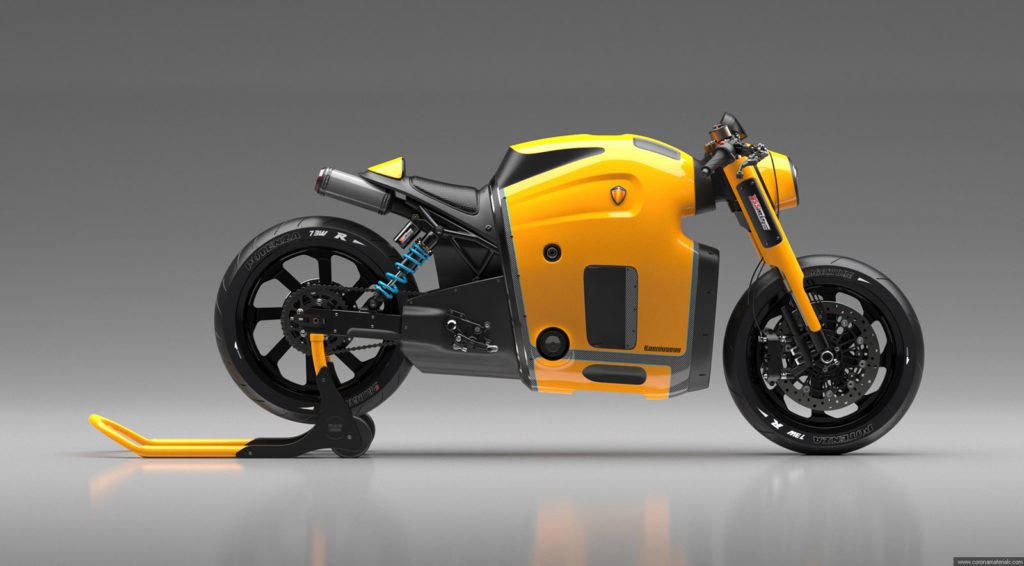 But they’re not into motorcycles. And its highly unlikely that they’ll ever be. But that doesn’t stop wishful thinkers (the capable ones) to come up with their ideas regarding a fictitious Koenigsegg on two wheels.

Also Read – This crashed Koenigsegg One:1 leaves our hearts in excruciating pain

Designed by Muscovite artist Maksim Burov, this exercise envisions a modern take on the cafe racer, theoretically made by the same Swedish manufacturer. It’s obviously inspired by Daniel Simon’s Lotus C-01 Concept, but the styling on this one is subtly different. 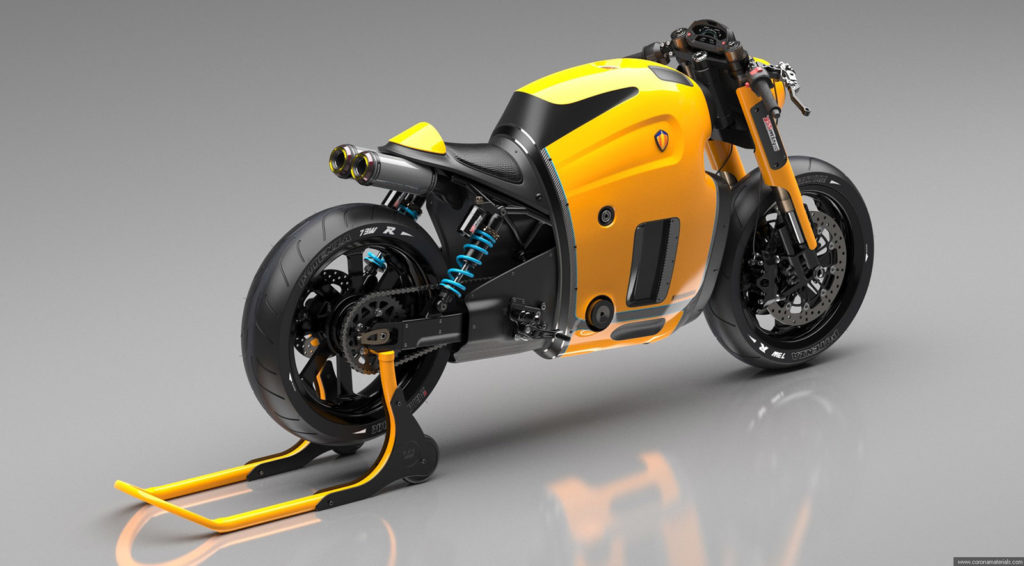 The highlight is a giant fairing that hides whatever power-plant that crosses your fancy, while the minimalist tail section can barely hide the pair of under-seat exhaust canisters. As for the transmission, we hope its a Direct Drive system.