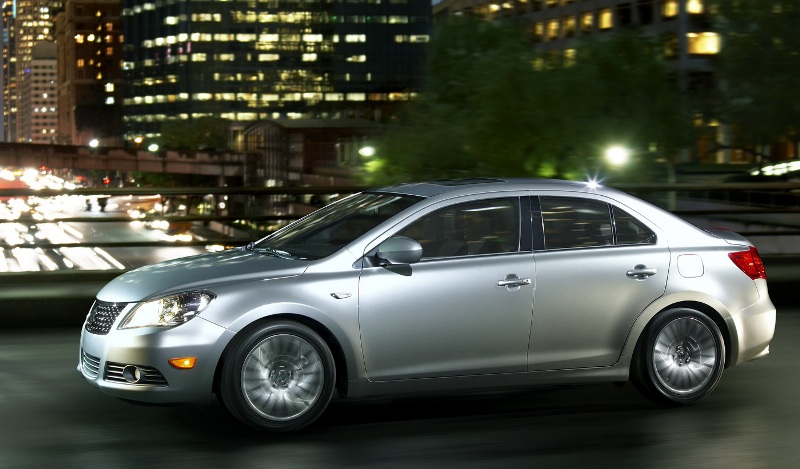 If you call yourself an auto buff, we are sure you have seen at least one picture of the crazy Kizashi concepts that Suzuki displayed in quite a few international motor shows. The radical looking concept has been heavily sobered down in its production form, and is now ready to hit the road. Come December and Suzuki’s Kizashi will be sold in America with a $20,000 (Rs 9 lakh) sticker price for the base version. That is just $1000 cheaper than the Accord, everyone expected it to be cheaper. 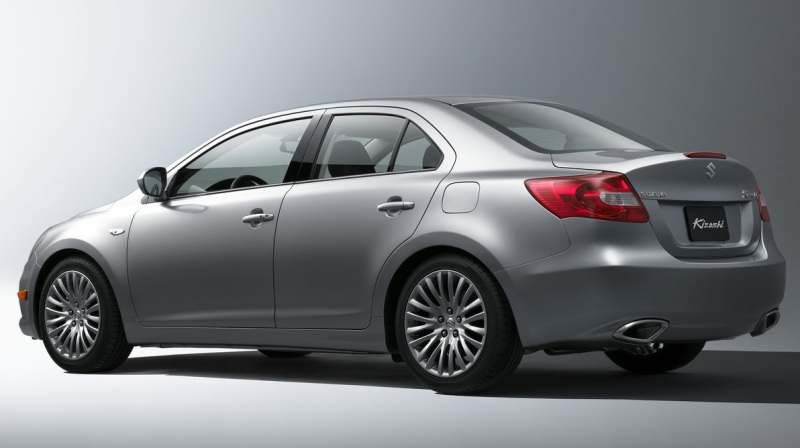 The car will initially be available with the engine option of a 2.4-litre, 4-cylinder DOHC petrol, pumping out about 188PS of power at 6500 rpm and 230Nm of peak torque at 4000 rpm. Transmission options will come in the form of a six-speed manual and a CVT. At a later point, Suzuki also plans to put in a 3.6-litre V6 in the engine bay, good for an impressive 252PS of peak power. The engine is currently used in the company’s XL7 SUV.

The Kizashi will be available in four trim levels at the time of its launch in the US, namely S, SE, GTS and SLS. The top model will retail for $26000 (Rs 12.5 lakh, exclusive of taxes) and will come with an all-wheel drive system which can be engaged by the mere push of a button. 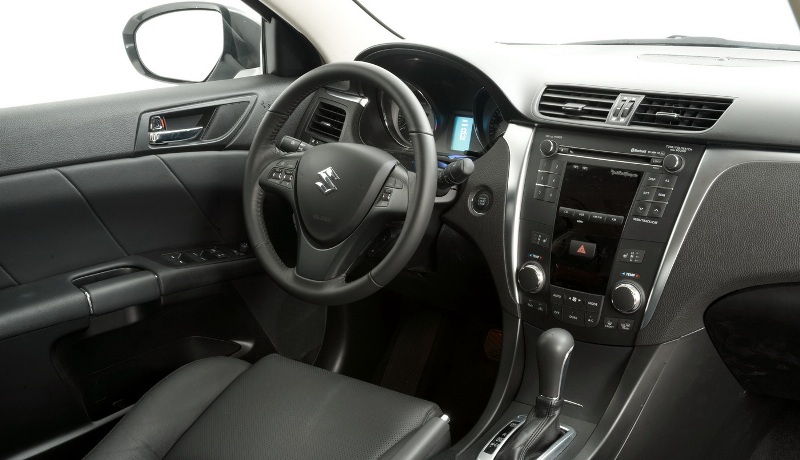 We think the car looks quite ordinary from the front. It’ll pass as a nice design, but doesn’t have the flair to astonish anyone. It doesn’t have the sheer size of an Accord or the sporty stance of a Mazda6 or a Mondeo. At the rear, however, things get a little more dramatic with those big exhaust mufflers, which we think could have been designed better – there is something wrong with their proportion. We love the curvy bootlid and the flowing tail-lights though. Overall, the Kizashi, at best, is a middle-of-the-road contraption in terms of aesthetics for a vehicle that has been designed and engineered from the ground-up.

Suzuki had recently invited a bunch of international Auto journos for a drive of the car, and after reading their reports, it seems like that the Japanese company has come up with a formidable contender in the mid-size segment. Here’s what the journos’ impressions are about the various aspects of the car.

Powerful, revvy and punchy. Really shines after 4000 rpm, but doesn’t have much juice in the lower rev range. Isn’t too impressive for everyday use, but should delight enthusiasts.

This is one area where the Kizashi really shines. Almost every journalists who tested the car has said that the Kizashi is the most sure footed and the reassuring machine around the racetrack or a set of twisties. The vehicle has been tested at Nurburgring for handling, and impressed the scribes who were allowed to drive the car back-to-back after trying their hands at other cars in the segment such as the Nissan Altima, Subaru Legacy and Mazda6.

The ride quality too, surprisingly even with such good handling characteristics is reported to be very plush. 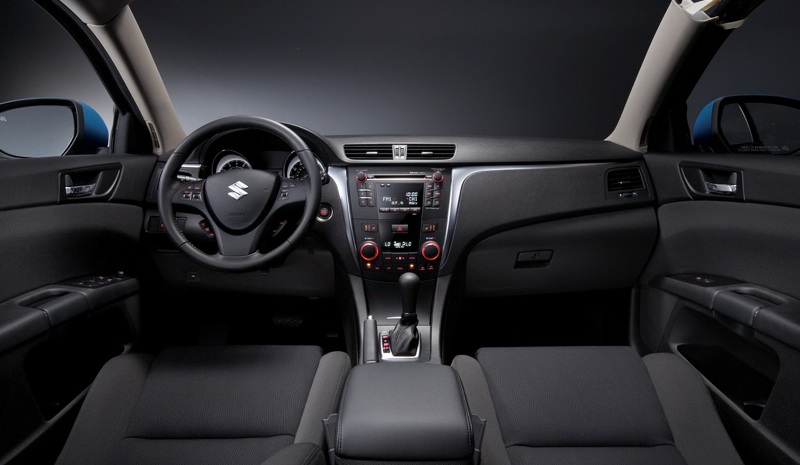 The kit levels are high, and the amount of equipment Suzuki has thrown in is an absolute steal for the price. The response of the journos about the quality of materials and the dash layout is however mixed. Some find it very good, while others have termed it as ordinary.

We are sure Maruti Suzuki will be able to undercut the competition on the price front by a significant margin when they bring the car to India. And it seems the Kizashi is a good enough product to lure the buyers away from their traditional choices like the Honda Accord and the Toyota Camry in the India market. It’ll be crucial for the car’s success to have a diesel option in that segment. We just hope Suzuki has something planned. 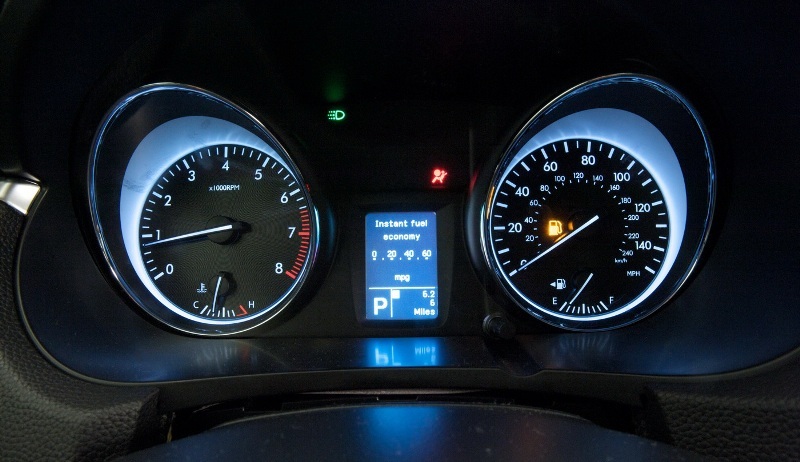