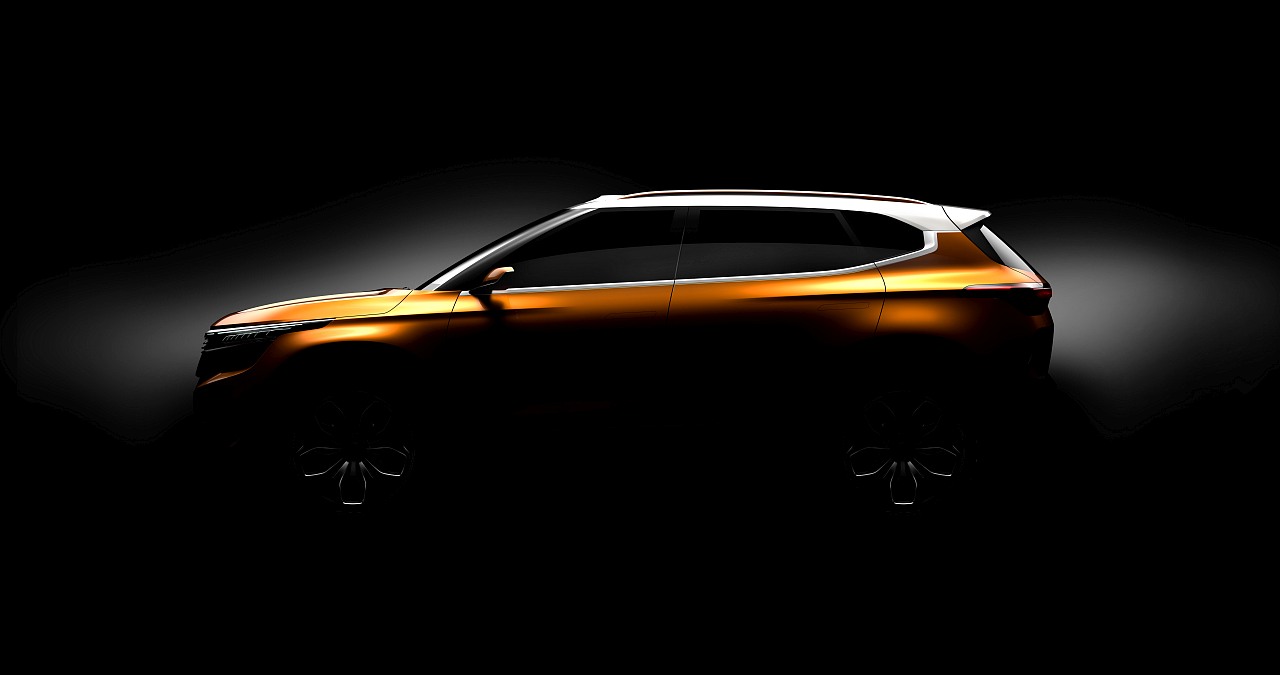 Kia Motors has issed a teaser image of its SP SUV Concept for India, meant to make its global debut at the 2018 Auto Expo. The Korean carmaker, a sister concern of Hyundai Motor Company will make its India debut at the 2018 Auto Expo. The Kia SP Concept makes clear the company’s plans for the Indian market, with an intent to introduce a bespoke product for the reasonably priced SUV segment. According to the official release for the teaser, “the SP Concept takes Kia’s design language in a bold and sophisticated direction.” The company will also detail its plan for the Indian market with a showcase of 16 global products at the auto show.

The Kia SP Concept will be unveiled on 7 February, 2018. The new SUV is supposed to be inspired by Indian heritage and driven by advanced technology. “The Kia SP Concept hints at the company’s plans to introduce a new SUV to the Indian market in future. Bold and stylish, the SP Concept combines sophisticated beauty, breakthrough technology, and high functionality in a SUV form” – read the offficial statement from Kia. 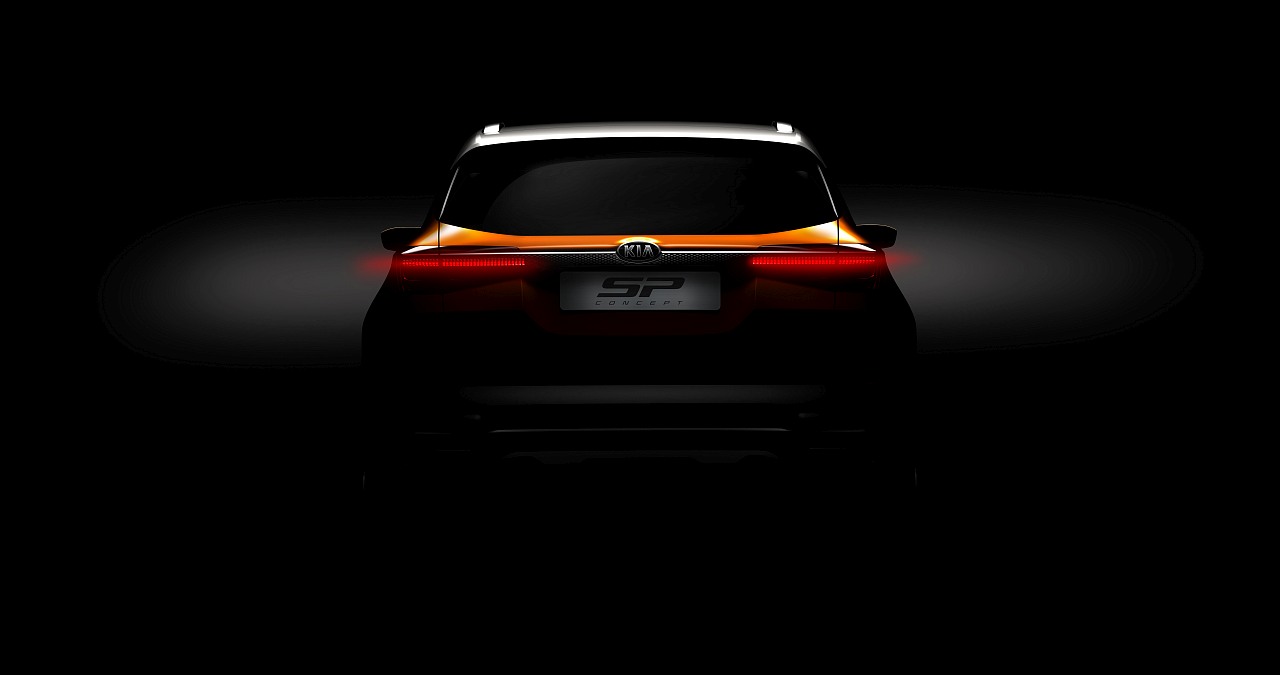 While no official details about the new SUV are available at this point in time, in terms of size and positioning, the Kia SP will likely be placed alongside the Hyundai Creta. In what can be deciphered through the teaser images, the new SUV isn’t too large in size and will be a five-seater. It seems to be quite sportily styled though, with a tapering greenshouse towards the rear. The car features a contrasting color roof, replete with rails, and sharp lines emanating from the head and tail lamps, extending themselves into the sides – they disappear halfway through the doors though. What is also very visible is the aggressive, sharp styling for the head and tail lamps and sporty alloys, expected to be rather large in size for the segment.

The sporty, tasteful design theme carries over to the rear, with LED lamps joined with a sharp chrome slat. The wide, squat theme with prominent haunches make the SP concept look yummy for the segment that it represents.

The SP concept could also be the basis of what would form the new generation Creta in 2020. A possibility of introducing a new 1.5-litre diesel engine cannot be denied either. Transmission would likely be taken care of by a 6 speed manual and a six speed auto unit.

Kia Motors has set up a grand 536-acre plant in Anantapur, Andhra Pradesh. The company has big ambitions for India both in terms of local sales as well as exports. Expect the SP to hit the Indian showroom in 2019.

Alongside the global debut for the SP Concept, Kia will showcase its global range of cars at Auto Expo. Kia will exhibit its wide range of electric vehicles, plug-in hybrids, and a range of other cars – including the Stinger sports sedan.

Han-Woo Park, President of Kia Motors Corporation, commented: “All of us at Kia Motors are extremely proud to take our first steps into one of world’s largest automotive markets. And we are here to build more than just great cars. We aim to set a new standard in the Indian auto industry by providing consumers with world-class products and services, while engaging with and giving back to the local community.”