Ask any ‘familiar with Youtube’ kid about Gymkhana and the first thing that will come out of his mouth is Ken Block. And with more than 30 million views of the Gymkhana videos on Youtube this kind of popularity is expected. 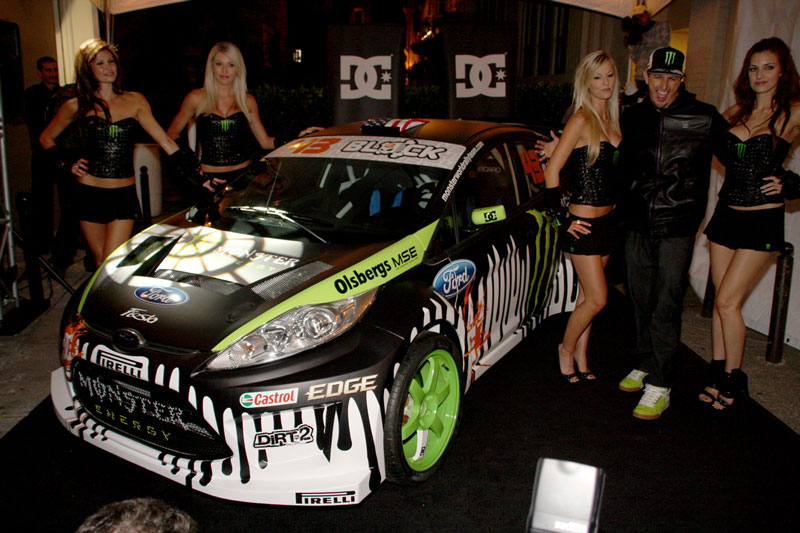 Block who started his rally career in 2005 has been doing well in X-Games and now his debut season in WRC is going great too. He recently won the 100 Acre Wood Rally for the fifth consecutive time too. But do you have any idea about why he is back in news all of a sudden. Most of you should have guessed by now that there has to be something related to his Gymkhana. 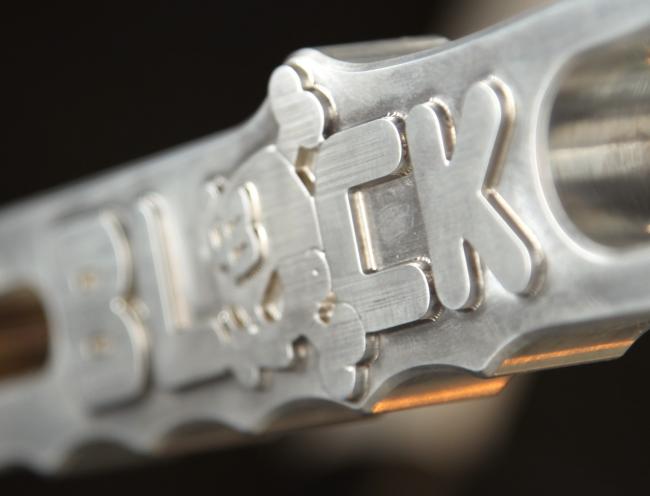 He has introduced the term ‘Gymkhana’ to us and now it’s his third video which is making  his fans check his Facebook page zillion times just to get an idea of what’s going on. So he decided to let us all know a little about his latest video which surely will become a Youtube hit as soon as it is released. So finally he has revealed his weapon of choice for Gymkhana THREE. But having parted his ways with Subaru meant that the car can’t be an Impreza. As Autoblog says it is something meaner, wider and ridiculously more powerful than its predecessor, which is the Ford Fiesta 2011. 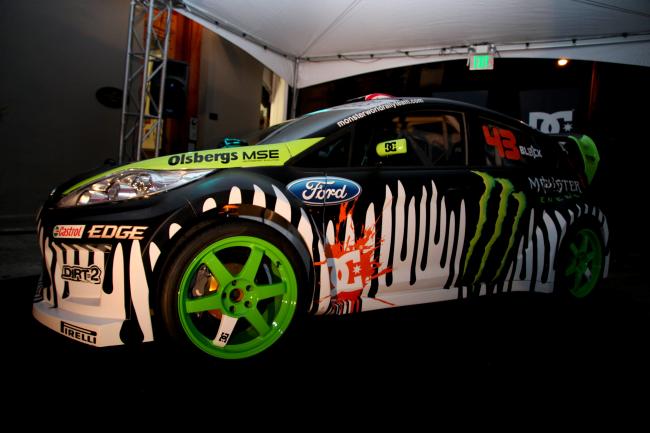 “The great thing about Gymkhana for me is that it is amazingly fun to do. It’s taking some of the best parts of rally racing and removing a bit of the stress that is involved with competing, allowing me to just go out and play in an amazing car. I can’t wait to start filming in the Gymkhana THREE 2011 Ford Fiesta. I just did one day of testing in the U.K. with it and it is extremely fun to drive. It has amazing power and control,” Block said while he revealed his plans on 21st of April. The Fiesta team is also excited about the project which was quite evident from Sam De La Garza, Fiesta’s brand managers’ statements at the event.

The car is powered by a 2L Duratec four cylinder power plant which produces around 650 bhp (in restricted form) and 600N-m of torque. The power (rather OVER power) is sent to all the four wheels which makes it reach 60 from standstill in just 2 sec. The car is prepared by Olsbergs Motorsport Evolution (MSE), the same team which made the Monster Racing Rally car. The car has a paintjob similar to Monster Rally’s WRC car and features a carbon splitter and altered bumpers especially for Gymkhana. It weighs around 2500 pound. For Gymkhana Ken needs to have optimum control on the car especially torque which is needed for all that rubber burning sideways action the 43 numbered cars are subjected to. So the engineers had to limit the car’s potential to keep the engine in the best usable rev band, thus the engine whose max power could have been 850 bhp (!!!) was restricted to 650. 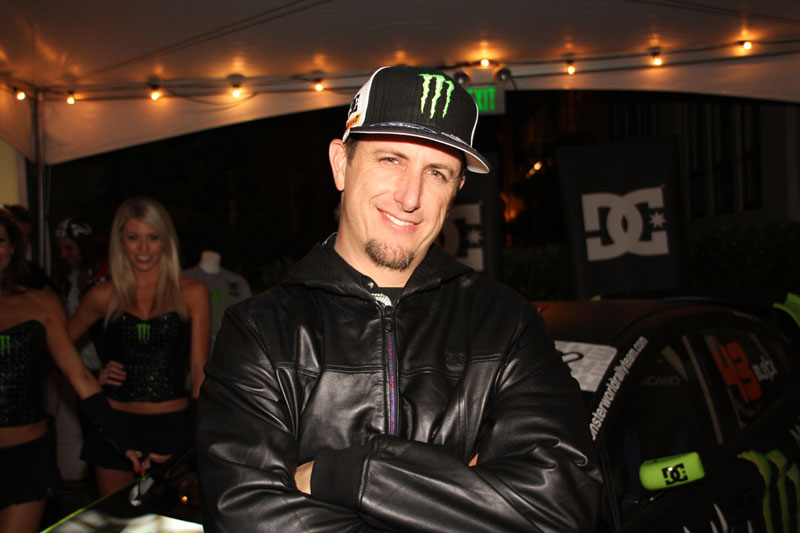 Ken had something to say about the car, “Aside from gobs of usable power, the real trick in setting up the Gymkhana Ford Fiesta was building a car for tarmac that handles as if it’s on gravel, While most tarmac race cars are designed to grip, we need a car that will still react quickly, but handle loose, while still providing complete control; this is a very delicate balance. The goal is to create a vehicle intended for tarmac that drives as if it was on gravel. Plus, having explosive power and a trusty handbrake goes a long way too.”

The event will prove to be a great advertisement for the yet to be launched Fiesta. And for Ken, it will generate millions of views of his video page and will help him sell DC shoes more. Who says you can’t do business while having fun?

Can life get better than this? Way to go Block!!!