Kawasaki has been upping the game in every segment they are a part of, be it developing the first production supercharged motorcycle or coming out with different iterations of a single platform which appeal to every kind of rider there is. The latest offering from the Japanese manufacturer is the 2020 Ninja 1000 SX which was scheduled to launch in Japan on 4th April but since there are no reports suggesting that it happened, it is expected that they will probably reveal it online. In the USA though, reports suggest that it is already revealed on a virtual basis and is priced at $12,399 that translates to roughly INR 9.44 Lakh.

Also read: Kawasaki Unveils A Crazier Version Of The ZX-25R 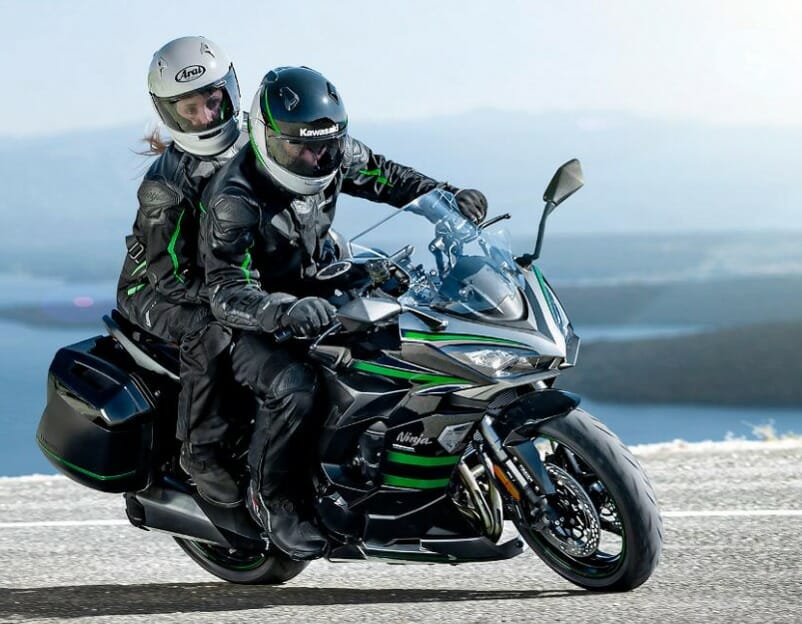 The Ninja 1000 that we have here is among the most affordable inline-four motorcycles that you can buy. It generally appeals to the motorcyclists who are more into touring and need a motorcycle which can munch miles for breakfast and chomp on canyon roads for lunch. The Ninja 1000 SX takes the touring game even further! It comes with a new windshield for better wind protection and a wider seat as compared to the standard Ninja 1000. The Ninja 1000 SX is powered by a 1,043cc, liquid-cooled, 4-stroke, in-line 4-cylinder engine. It churns out 140 bhp and 111 Nm of power. The unit is mated to a 6-speed gearbox with an assist and slipper clutch and Kawasaki Quick Shifter (KQS).

It is high on practicality and features as well as it deploys a 4.3-inch TFT colour display with Bluetooth connectivity, single-sided exhaust, full-LED lighting, three-piece side fairing construction and a supersport-style front fender, USD forks up front, and gas-charged mono-shock rear suspension with preload adjustability. The safety package comprises of Kawasaki Cornering Management Function (KCMF), Kawasaki Traction Control (KTRC), Power Mode selection, and the Kawasaki Intelligent Anti-lock Brake System (KIBS). We can expect Kawasaki to bring the Ninja 1000 SX to India too, as soon as the lockdown ends. When it comes here, it is expected that it will completely replace the Ninja 1000 rather than co-existing with its cousin.