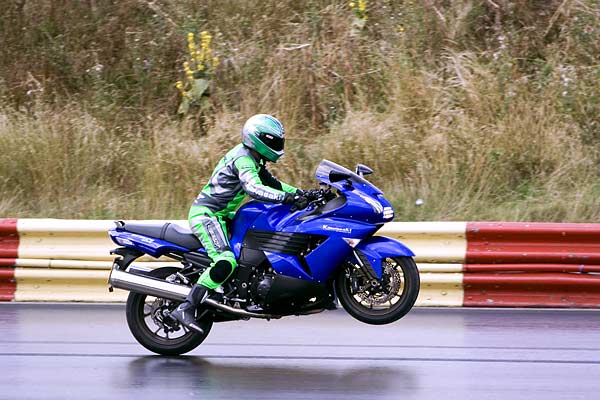 Come February and the bike lovers at UK will have a reason to rejoice. More than 70 Kawasaki dealers will showcase four ‘new for 2012’ motorcycles on the evening of February 2. The event will also have some aggressive marketing with a country wide ‘free to enter’ draw that will see some lucky participants winning some really exciting prizes.

The event is divided into the North (including Scotland and Northern Ireland), the Midlands and the South. There will be first, second and third prizes in events at each of the three locations.

Top prize in the draws will be a chance to make a fully paid trip to Brno for July round of the World Superbike championship. This is not all as the the winner will be seen riding on the 2012 model of their favorite Kawasaki. The same machine will be at the disposal of the winner for an entire month.The runner up prize in each area is a place on the recently launched Chris Walker Race School at Mallory Park race circuit, while the winners of the third place will bag a couple of Kawasaki race team hospitality tickets to a 2012 British Superbike race event of their choice.

Now the most important bit- The models being shown include the Versys 1000 adventure bike, ER-6f & ER-6n parallel-twin middleweights and the 200bhp ZZR1400 hypersports machine should play the showstopper.We so wish that India soon witnesses a similar event across the nation. Are you listening Bajaj?