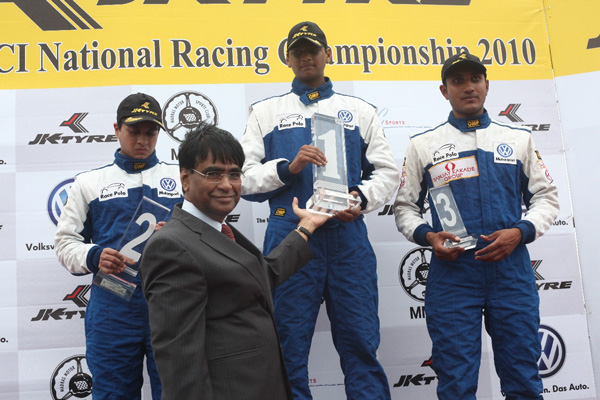 The second race of the Volkswagen – JK Tyre Polo Cup 2010 was held at the Kari Motor Speedway in Coimbatore. The earlier race of the Polo Cup that has debuted in India this year took place in Pune in a street race format. Karthik Shankar took won the second race that was held in Chennai. Karthik is a 24 year old commercial pilot from Hyderabad. In reality, Mohammed Fahad Kutty finished the race in the 1st position but had to bear a 30 second penalty for overtaking during the formation lap that brought him down to the 13th position. The last 5 laps of the race was a vigorous battle between Vishnu Prasad and Karthik Shankar in which Karthik emerged victorious with Vishnu finishing just split seconds after him.

The 2nd race started as a reverse grid based on results of the 1st race. Starting from the 6th position, Karthik Shankar managed to grab hold of the victorious 1st position with Vishnu Prasad (1st race winner) at his tail taking the 2nd position. The third position was acquired by Parth Ghorpade from Kolhapur. The reverse grid proved to be an advantage for Parth who started 4th and finished 3rd.

“I had a clean start, but struggled with some under steer in the beginning of the race which cost me some time. Vishnu gave me a tough fight right to the end of the race but I was optimistic about my chances after the first race, I guess Lady Luck worked in my favor. Big thank you to the Volkswagen team for making this happen,” said Karthik Shankar.

“It was a tough race right from the start. I always knew I had a good car but had to make sure that I was always pushing. I was able to gain two positions in C1, catching up with Karthik. Although it is unfortunate I wasn’t able to pass Karthik, I had a great time racing today,” said 2nd placed Vishnu. 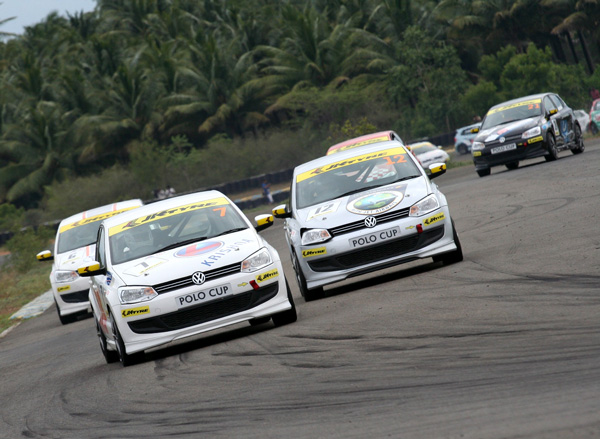