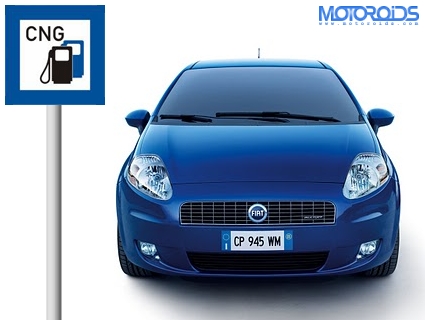 FIAT recently launched the Grande Punto 90 HP. Close on the heels on this launch, reports have now emerged on a new variant of the Grande Punto which will be powered by CNG. FIAT India had shown a prototype of this vehicle at the 2010 Auto Expo. Mr. Tarun Khanna, Head of Marketing at FIAT India has now confirmed this variant for the Indian market. He told the media that the CNG variant of the Grande Punto will be launched after the company is done launching two more variants of the successful Punto hatchback. Other sources close to FIAT have told us that the speculated time period for the CNG variant to come out is early 2011. The Punto CNG will be based on the 1.2-litre engine and will be priced between the Active and Dynamic variants. The sources reveal that the CNG variant will be available only in the ‘Active’ trim during the launch and the Dynamic trim may be introduced at a later stage depending on the demand from the market.