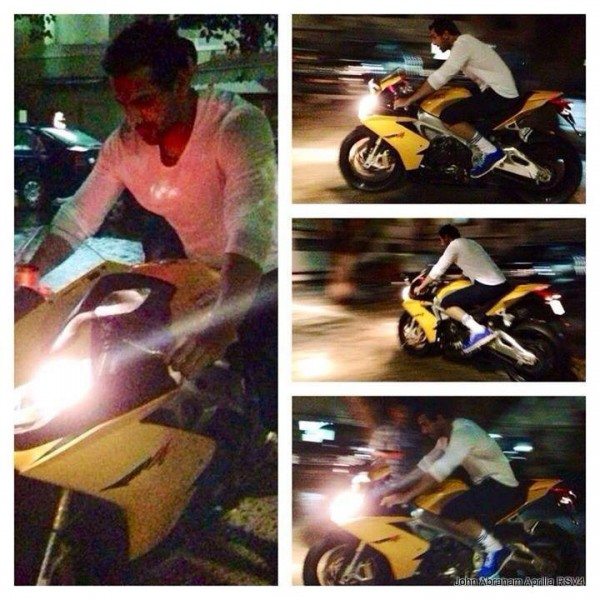 We believe that John realizes that he has set a bad example by having a go at a powerful bike like the RSV4, without wearing any sort of protective gear. We really hope that this is a one-off incident and John, who is well known for his penchant for performance bikes, will be never seen riding a bike without protective gear in future.