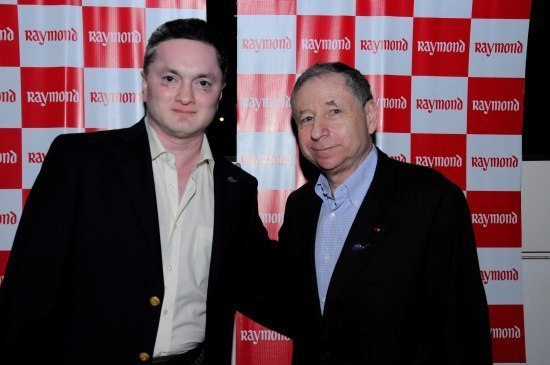 Mr. Todt is in the country for promotion of road safety and was fittingly received by one of India’s pioneering super car enthusiasts, Mr. Singhania. Recently, Super Car Club, founded by Mr. Singhania, hosted country’s premier super car parade – Parx Super Car Show and Mr. Todt didn’t miss the chance to show how impressed he was with this initiative.

Speaking on the occasion, Mr. Todt commented, “India is developing as a country and there is obviously a increase in the enthusiasm from people towards the super cars of the world. It’s great to see Mr. Singhania, who is so passionate about motorsports to take this initiative and fulfill dreams of thousands to be able to witness the best cars in the world on the streets of India.”

Earlier Mr Singhania and Mr Todt participated in the Road Safety Week, which was carried out by Western India Automobile Association (WIAA) before which they also visited the vintage car collection of Prince Punjawala of Bilkha, Saurashtra.