Nepal has been devastated with a massive earthquake recently leaving thousands of people dead under debris of their houses and buildings. As a social responsibilty, JCB is also doing its bit to support the relief effort in earthquake-hit Nepal with the donation of diggers and electrical power generators worth around $1 million. 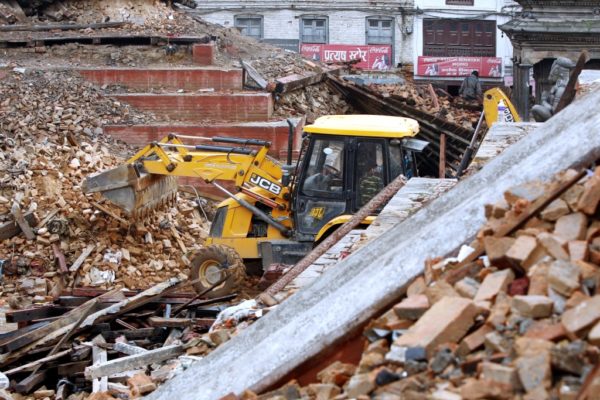 Ten backhoe loaders were made available immediately to the Nepalese Army and are now at work in the areas worst hit by the disaster which has left more than 5,000 people dead and 10,000 injured.

JCB Chairman Lord Bamford said: “It is shocking to see the devastation caused by this earthquake and the resulting widespread damage and destruction. On behalf of JCB, I express my heartfelt condolences to everyone affected by this natural disaster. JCB will continue to help the Nepalese Government in very possible way.”

JCB supplied the backhoes through its dealer, MAW Enterprises Pvt Ltd, in Nepal. The electrical power generators are also en route from JCB India’s factory in Delhi to help stricken communities caught up in the quake.

The JCB backhoe loaders have been deployed to help ground relief efforts in the aftermath of the earthquake which measured 7.8 on the Richter Scale. In the coming weeks and months, the donated machines will be used in reconstruction efforts.

JCB has a long history of helping countries affected by major natural disasters, providing $500,000 worth of machines and generators to the Philippines when Typhoon Haiyan struck in 2013. Machines were also donated when earthquakes struck in Haiti in 2010 and in China in 2008 and to southern India, Sri Lanka and Indonesia in 2004 following the Boxing Day Tsunami.