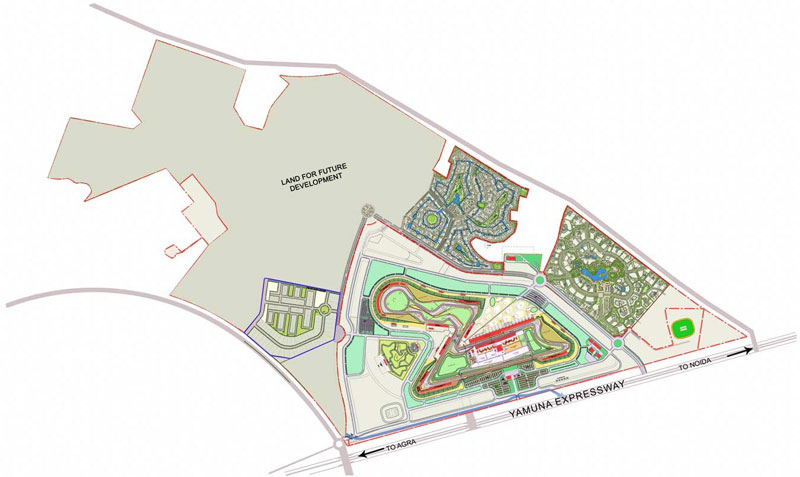 There have already been speculations and expectations that the Formula one will soon take place in India. Many sources also reported that the F1 Indian Grand Prix would become a reality by 2011. The Jaypee track in Greater Noida is the track where this dream will once come true. According to a few latest media reports, the earlier speculations have been given confirmation that the Jaypee track will be ready for an October 2011 session of the F1 Indian Grand Prix.

The circuit is situated about 50 km away from New Delhi. The India – New Delhi Circuit has been designed by F1 circuit designer Hermann Tilke, who is rightfully known as the father of modern F1. The track will be about 5.5 km (3.1 miles) long. The organizers will be owned by the Jaypee group and will be called JPSK Sports. Jaypee group has reportedly invested a total of US$ 350 million.

According to a senior official at JPSK which has signed a 10 year agreement to host the event stated, “We fully expect the race to go ahead next October. We expect to complete construction by July 2011 and, once the FIA (F1 governing body) has given its approval, we can finalize training for marshals, track officials and medical staff in time for an October race.”

In addition to all this, Mark Hughes who is former number 2 at the Bahrain International Circuit for 5 years and advisor to the Yas Marina Circuit for their first Grand Prix at the end of 2009 has been appointed by the group.