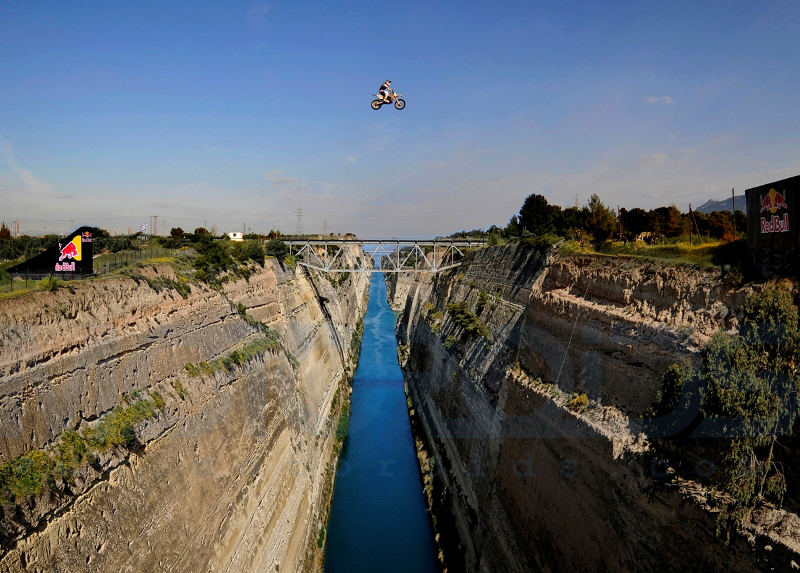 Australian Motocross Stunter and one of the world’s best Freestyle Motocross Champions Robbie Maddison has achieved another world record for himself. He successfully jumped his motorcycle over the Corinth Canal in Greece which is over 85 meters wide. A lot of motorcycle daredevils have previously made attempts to jump over the Corinth Canal which was built way back in 1893. The 28 year old is the only one to have succeeded so far. Robbie attained a speed of 125kmph on his Honda 500 motorcycle before he further accelerated down the ramp setup on one side of the canal only to land successfully on a mound built on the other side. 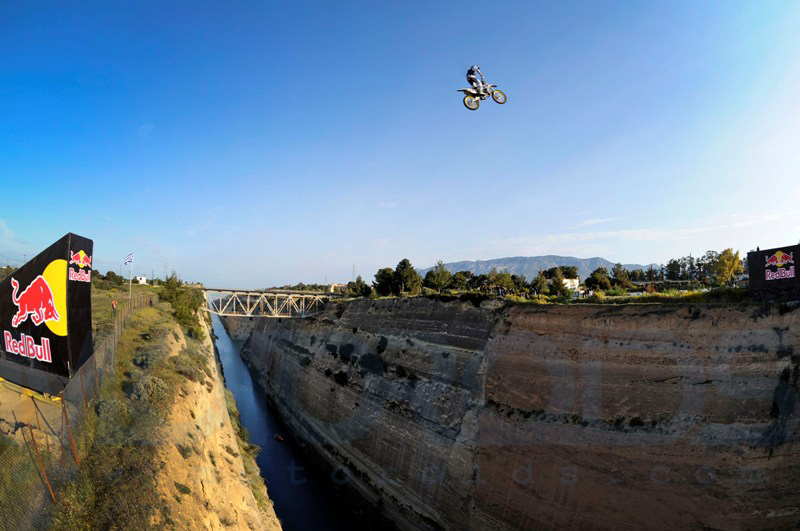 The run up area comprised of a turn-filled approach past a pool, across a soccer pitch and past a chicken coop. At his apogee Maddison was 95 metres above the canal’s surface.  After the jump he commented that getting the approach right despite the constantly changing surfaces – from grass to concrete to wood to asphalt again and then carpet – was difficult enough but there was greater hurdle to the jump. He bluntly said that overcoming fear is always the hardest part. 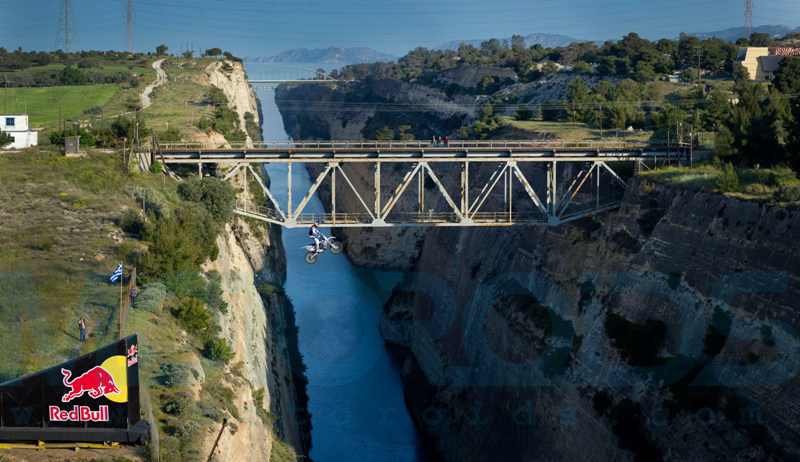 Robbie Maddison’s CV comprises of many spectacularly successful motorcycle jumps that would even humble ace motorcycle jumper Evel Knivel. In 2007 and 2008 Maddison set three world records for distance all the way to 107 meters (350 feet). In 2009 he celebrated New Year’s Eve in Las Vegas by jumping up 30 metres onto the Arc de Triomph in front of Paris Las Vegas and then descended off the monument to ground level. Last year pictures of him jumping the Tower Bridge over the Thames River with a backflip while the drawbridge was open went around the world.

Here’s the video of the feat!