The alleged eve-teasing case in Delhi continues to haunt Saravjit Singh Bedi who was accused by Jasleen Kaur, a student of St Stephen’s College, of harassment in the National Capital. The case took a shocking turn when an eye-witness, Mr Vishwajeet, came up with an entirely new version of the story, putting the reported victim, Jasleen Kaur’s claims in question. 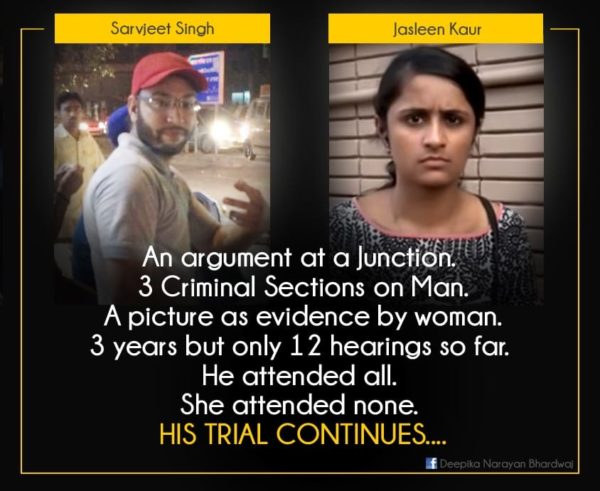 “Price you pay for an argument with a woman on a busy junction in India. Sarvjeet Singh Bedi doesn’t know when will this end for him. Everyone in media who branded him as a molester cares a zilch about what will happen with the case because they have moved on after declaring him guilty, while he struggles with it everyday of his life. The one who complained is abroad because it is the state that fights her case on her behalf and a mere accusation with words is enough to charge the man.” 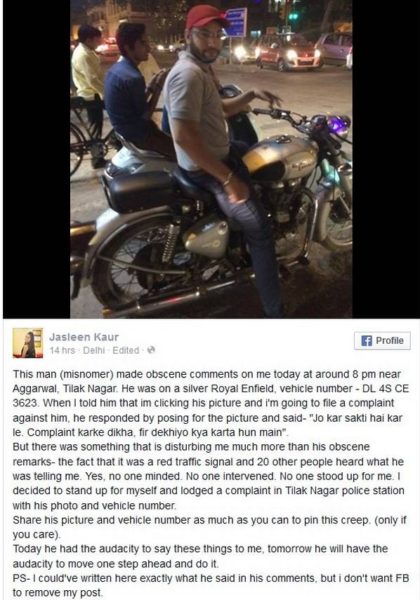 The entire scenario began back in August 2015 when Jasleen Kaur accused Saravjit Singh Bedi for eve-teasing. The  alleged eve-teasing case caught the attention of the nation and became a hot topic of discussion, questioning the safety of women in the National Capital. Jasleen Kaur claimed that Saravjit Singh Bedi made lewd comments at her. However, following reports questioned the claims made by Jasleen Kaur. She faced backlash from the social networks for allegedly making false claims.