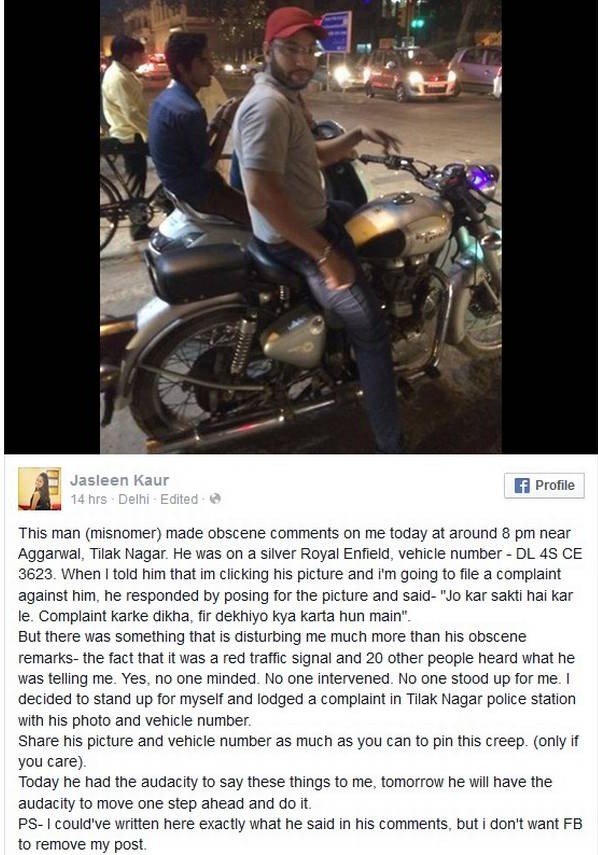 Let us start by doing one right at a time. Firstly, we would apologize to our readers for not carrying a well-researched story about the current trending topic – alleged Jasleen Kaur harassment case, dated August 24, 2015. We were quick to take offence that a person on a high-powered (for India) motorcycle turned out to be an unsavory character, and wanted to tell the common man not to generalize his behavior as the behavior of the typical biker. Unfortunately, in our anger, we overlooked the fact that we ourselves were guilty of doing some quick generalization on our own part.

We did make it plain that there are two sides of every story, and what this man’s mother is telling the media might very well be true. The court is the final arbiter of right and wrong, and it is up to them to decide who’s guilty in this case.

While the reports on the latest, alleged eve-teasing case have caught the attention of the nation and become a hot topic of discussion, questioning the safety of women in the National Capital, an eye-witness, Mr Vishwajeet, has come up with an entirely new version of the story, putting the reported victim, Jasleen Kaur’s claims in question.

So is the so-called brave-heart Delhi girl, who reportedly stood up against an alleged eve-teasing and harassment case, actually on the wrong side of the law? Did the huge crowd, who witnessed the incident, did not intervene because they saw the girl in the wrong? If she was on the right, why has her Facebook profile been deactivated? Where is Jasleen Kaur now? Why has she suddenly disappeared after so many interviews? The fingers are now pointing towards the girl who was first treated as the victim, Jasleen Kaur. 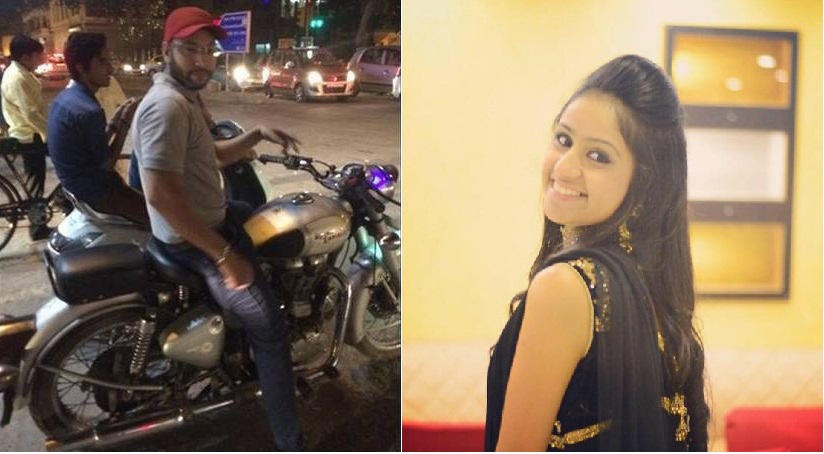 Vishwajeet, the eye-witness of the incident, after understanding about level at which the entire episode has been blown into, decided to stand up for the Saravjit Singh, whom he is calling the real victim in this molestation case. The folks at Zee News interviewed Vishwajeet and here is the video revealing new details and presenting the first hand view of the eye-witness:

Share your views about the incident with fellow readers and us through the comments section or via our social networking pages.