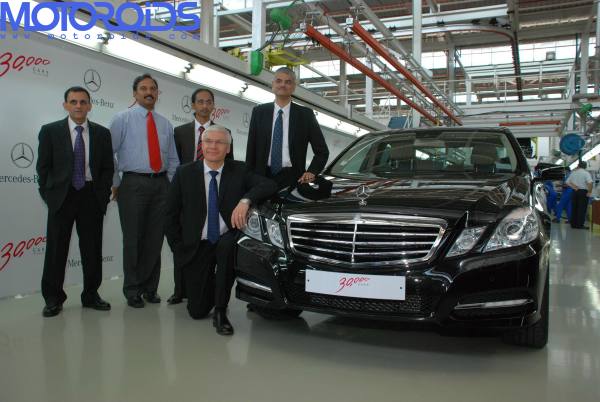 Speaking on the occasion, Dr. Aulbur said, “Our plant is regarded among the best CKD plants of Mercedes, globally. Within two years of moving into the new facility we have already fulfilled our first shift capacity. Start of our second shift will cater to the increased market demand as we foresee in the years to come.”
Mercedes-Benz has shown impressive growth in the past one year. “The luxury car market grew by approximately 65% in Jan-Nov 2010 while Mercedes-Benz India grew faster than the market at 86% in the same period”, said Dr. Aulbur