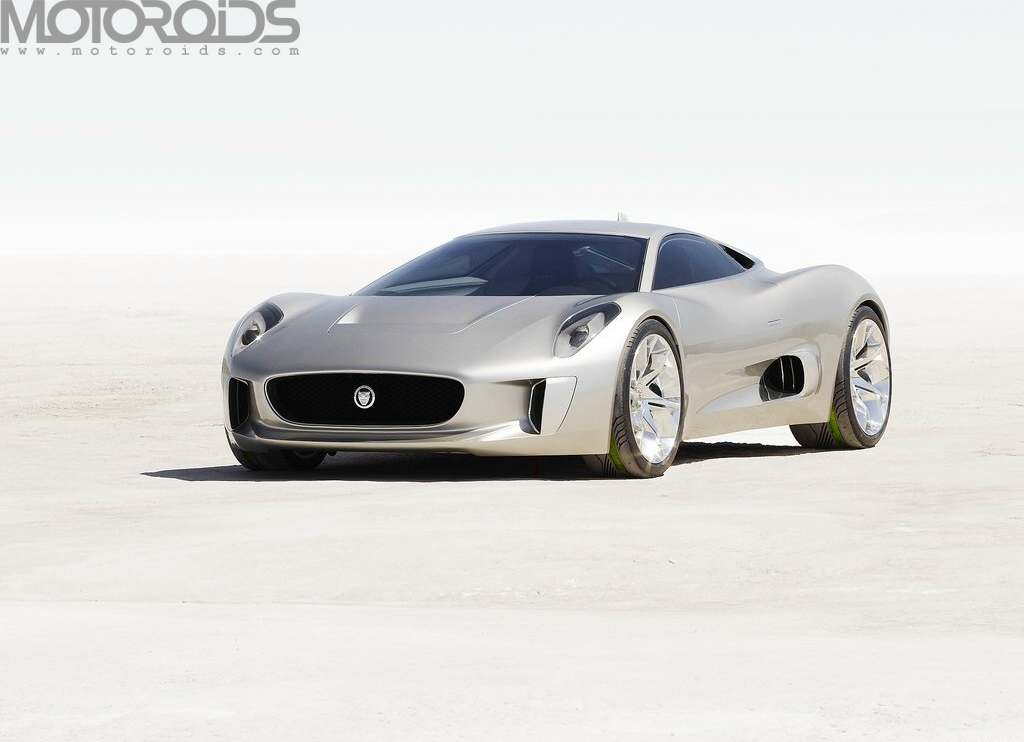 Tata Motors owned Jaguar has today announced that the company will build an ultra-fast, ultra-clean hybrid supercar in association with Williams F1. The car is slated to go on sale in 2013 with a minimum price tag of £840,000 or Rs 6.18 crore!

The sexy looking car that made its debut in Paris 2010 has got the green signal for production. Claimed to be capable of a 0-100km/h sprint of less than three seconds and top speed of more than 200mph, the C-X75 will be the fastest Jag of all time.

However, none of those facts are unheard of, as there are faster cars available even today. However, the biggest surprise about the C-X75 will be its green credentials. Jaguar claims that the new supercar, thanks to its hybrid tech will have CO2 output significantly less than 99g/km.

The C-X77 will be a four wheel drive car and will utilize the very cutting edge in hybrid technology. No specifications on the engine have been given out yet. However, it us understood that the engine will be a four-cylinder mill. Jagaur/Land Rover’s engineering director Bob Joyce said, ‘The engine’s compact size allows it to be mounted low in the car for optimum weight distribution and to retain the concept’s stunning silhouette’.

‘The C-X75 received an incredible reception as a concept car,’ said Adrian Hallmark, Jaguar’s brand director. ‘We’ve been building on that momentum and there’s a clear business case for this exclusive halo model. No other vehicle will better signify Jaguar’s renewed confidence and excellence in technological innovation than this. People expect Jaguar to be innovators – that is when Jaguar is at its best’.

Only 250 of these stunning beauties will be ever built. Out of these, 200 will be road cars, and 50 will be meant only for the track. The final name of the car would be different from C-X75. Jaguar has opened its order books, so if you have around Rs 12 crore (for India) in your account, you can book one right away.